There still is baseball going on in the world—in Taiwan. 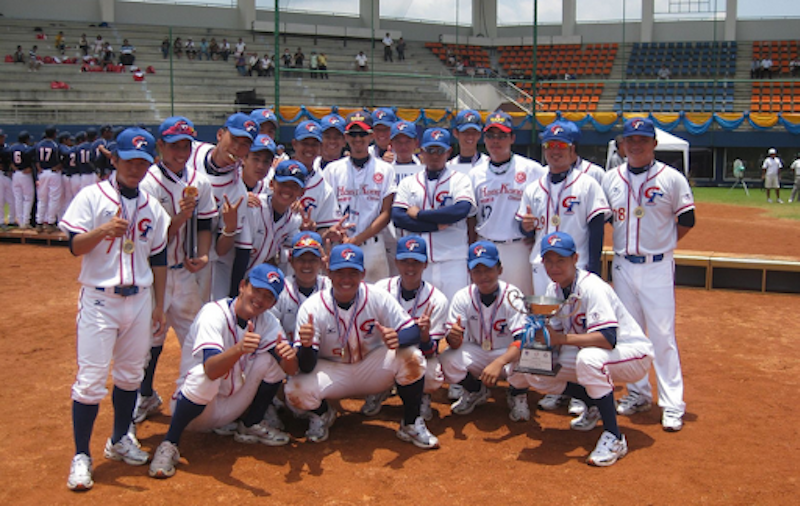 April felt strange not watching any Red Sox games. Since 2005, I’ve watched the overwhelming majority of the Sox broadcasts. Even as someone who loves baseball, it’s easy to admit there are far bigger issues caused by the coronavirus: death, economic destruction, increased domestic violence, substance abuse, pedophiles let out of prison, etc. However, losing something so ingrained into American culture isn’t trivial.

However, there still is baseball going on in the world—in Taiwan. It’s pretty good.

The Chinese Professional Baseball League is the only active pro baseball league in the world right now. The Korean Baseball Organization could start up in the next couple of weeks with a TV deal with ESPN—and I’ll check it out—but Taiwan is what we have for now.

The league has five teams scattered across the island, and the Rakuten Monkeys are the team with free broadcasts for anyone to watch on Eleven Sports Taiwan's Twitter. If one wants to watch other games from the league, there’s a site similar to MLB.TV where people can pay about $36 a year to watch. For now, I’m okay with just the free games.

They typically start early in the morning because of the 12-hour time difference between the East Coast and Taiwan. So 5:00 a.m. and 6:30 a.m. start times are the norm.

No real fans attend the games, and there are many stories about how they have cardboard cutouts of people in the stands and how they still have a cheer squad. That stuff doesn’t interest me, but something that stands out is how the PA system plays music during at-bats. That has to be an adjustment for foreign players.

The broadcasters speak English and during the first game I watched last week, there was an excellent moment where the two spoke about how much they liked 7-Elevens in Taiwan. I learned that one can pay bills, make charitable donations, print/fax, send mail, call for a taxi, buy bus fare and tickets for concerts, and order prepared meals. And much to the excitement of libertarians, 7-Eleven in Taiwan also performs license renewals. Sounds a lot better than the DMV. The moment reminded me a lot of when Don Orsillo and Jerry Remy broadcasted games together on NESN.

It’s hard to say what the skill level of the CPBL is because the pitchers tend to have better command than some minor leaguers. It’s likely below Double-A and I say this because of three guys who were once part of the Red Sox organization: Manny Ramirez, Che-Hsuan Lin, and Ryan Verdugo. Known for his Hall of Fame worthy career that included eight seasons in Boston, Ramirez made a stop in Taiwan in 2013.

Lin, a defensive-minded center fielder who played in nine games for the 2012 Red Sox is a .306 hitter with an .846 OPS over parts of six seasons in Taiwan. In 2013, his final season as a hitter in the States (he attempted to pitch in 2014), he batted .234 with a .665 OPS for the Houston Astros Triple-A affiliate, the Oklahoma City RedHawks.

And Ryan Verdugo, who surrendered six runs in his lone MLB appearance in 2012 for the Kansas City Royals, gives us another clue. The lefty, who pitched in 10 games for the Pawtucket Red Sox in 2014, posted a 5.52 ERA in 23 relief outings for the Salt Lake Bees (Los Angeles Dodgers Triple-A affiliate) in 2015. Then, three years later in his age 31 season, he had a 4.31 ERA in 28 outings (26 starts) for the Uni-President Lions.

Perhaps the biggest upside of the league is it indicates there will be more baseball played at some point this year. Although circumstances vary across the world, there is one model that is working.