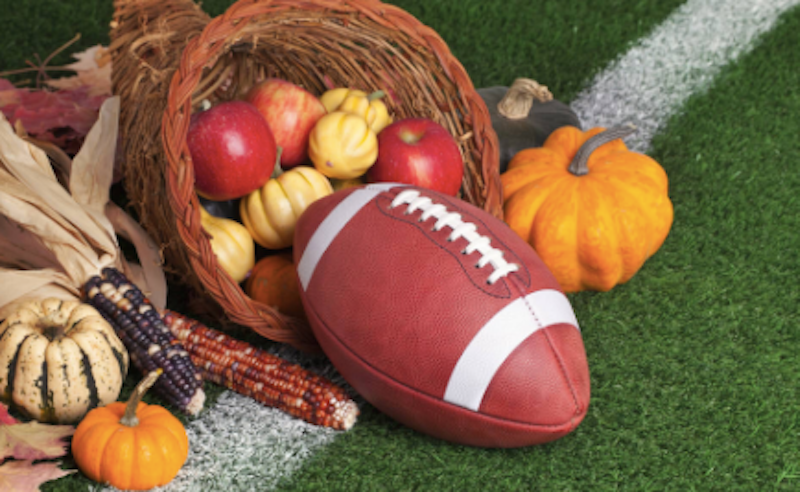 Football on Thanksgiving is a tradition that dates back over 100 years in some communities. However, it’s lost some meaning in Massachusetts. Thanksgiving games are the most highly-attended high school football bouts of the year in Massachusetts, but these games are no longer as important as they once were, and the one time I played football on Thanksgiving sucked. The Massachusetts Interscholastic Athletic Association changed its high school football playoff format in 2013. Under the old playoff format, teams had to win their respective leagues to make the playoffs. There were 11 regular season games—the last of which was the Thanksgiving day matchup.

Sometimes, these games had playoff implications, as they could determine which team won their respective league. Then, the league winners would play in a playoff game the following Tuesday. If they won that game, they’d play in a Super Bowl against another team in the region and their division. For example, Marshfield High was the Division 2A Eastern Massachusetts Super Bowl champion in 2009. These games also served as playoff previews. Marshfield played Duxbury twice in 2009. Marshfield outfoxed Duxbury. Marshfield lost on Thanksgiving, running a limited offense. It saw what Duxbury planned to do in the playoff game, unleashed its full game plan, and avenged its 17-7 Thanksgiving loss with a 27-6 win to advance to the Super Bowl. I graduated from Marshfield High in 2015, meaning I played high school football from 2011 to 2014 and was technically on the varsity roster for the latter three years.

When I was a sophomore in 2012, the varsity team went 0-11 in a season capped off with a Thanksgiving loss to Duxbury. The following season, the team went 5-6. Marshfield made the playoffs but had a first-round loss to a much stronger team, but pulled off a Thanksgiving upset win over Duxbury. After a lackluster first four years of playing football dating back to eighth grade, I should’ve been thrilled to play against Duxbury as a senior. I wasn’t. Under the playoff format that existed in 2013 and 2014, the MIAA had a shorter regular season and more playoff games. The first seven games of the season, including non-league games, were used to determine which teams made the playoffs—based on how they stacked up compared to other teams in the same division in the same region of the state.

When I was a senior, my team won the Division 2 state championship. And for once, I got to contribute in a somewhat meaningful way. I taught myself how to long-snap by watching YouTube videos and practicing a lot in the front yard, using a tree as a target. By our fifth game, I’d beaten out two other kids for the long snapping spot—both of whom ended up playing Division 1 college football.

Here’s the problem. On the Saturday before Thanksgiving in 2014, we beat North Andover 34-15 in the Division 2 state semifinal game. The win advanced us to the state championship game where we eventually beat Longmeadow 45-6. Even though the MIAA revamped its season/playoff format, it kept the Thanksgiving game because of its tradition. So we went from advancing to the state championship game on a Saturday to showing up to practice two days later—to prepare for a game against Duxbury. Some teams rest their starters on Thanksgiving when scheduled to play in a state title game. Then, teams play their second offense/second defense, and the games are blowouts. They may end up starting third-stringers at some positions because some players are too valuable to risk injury.

Duxbury, a powerhouse football program, has rested its starters on Thanksgiving in recent years that it was going to the state championship game—and Marshfield kicked its ass every time. Thankfully, my team didn’t. If it did, I would’ve been the team’s starting left guard. At the end of a football season, people feel pain. If I had to play guard against Duxbury, someone most likely would’ve injured me, and I wouldn’t play in the state title game. Being a smaller player on varsity makes you a target. And when you're the 170-pound long snapper playing on the offensive line, people want to murder you—even in garbage time.

We came close to that point on Thanksgiving. When we trailed 21-6, our offensive coordinator threatened to put in the second offense. It never happened. Marshfield squeaked out a 44-43 win. It was the kind of game where our punter dropped one of my long snaps, and Duxbury recovered the fumble. None of us wanted to be there at 10 a.m. playing in a meaningless football game when we had the biggest game of our lives the following week. The coaches were pissed. But when you’ve been dreaming about playing at Gillette Stadium for nearly your entire life, Duxbury can go pound sand.

At many schools, the Thanksgiving Day game still has relevance. Most schools aren’t perennial playoff contenders that are worrying about playing at Gillette. For many, it’s a way to cap off a high school football career. It’s the last game for the seniors, and coached try to get their seniors into the game, even if they’re not regular varsity contributors. The fans still love it.