Could a British soccer star become a professional football player? 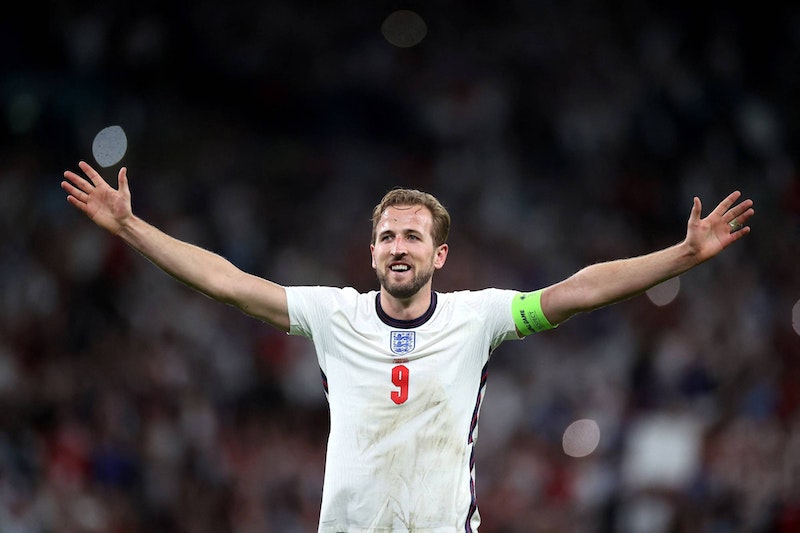 Harry Kane, a Premiere League soccer player and member of England’s men’s national team, has thought about switching to football. Kane is interested in becoming a kicker in the National Football League once his professional soccer career is over, according to Sporting News.

I’ve no idea if this will happen. If Kane wants to pursue an NFL career several years in the future, he should see if any teams will give him a tryout. Many football teams benefit from having soccer players as kickers. More football teams at all levels should try to convert soccer players into kickers. The most common form of kicking in football is what’s known as a soccer-style kick. Many decades ago, players kicked field goals, kickoffs, and extra points straight on, leading with their toes. However, that’s no longer the most popular style.

The soccer-style kick is generally more effective, giving soccer players a natural advantage. Think about the skills football requires. Linemen need strength, quarterbacks need a good arm, wide receivers need to catch, running backs must hold onto the football, etc. Athletes need many other skills to be competent football players, but none of these positions require someone to kick a ball far and accurately.

Football players aren’t a natural fit to kick. There are good players on the gridiron who’re competent kickers. However, soccer prepares someone more to become a kicker. During football practice, non-kickers don’t practice soccer-style kicks. During soccer practice, everyone practices soccer-style kicks—even goalkeepers have to kick the ball sometimes.

This was a problem I ran into a couple of times in my football career. Before I started playing organized football in eighth grade, I had a kicking tee and liked to kick in my yard. However, I hadn’t played soccer since first grade—and was a terrible soccer player back then. Practicing kicking from a tee with no coaching and real targets wouldn't make up for inexperience kicking a ball. And around the time I decided to learn to long snap (near the end of my junior year of football), I considered trying kicking or punting as well, but I ran into the same problem. I’m not good at kicking a ball.

Many NFL teams have had soccer players kick, and so have collegiate and high school teams. Before coming to the United States, former New England Patriots kicker John Smith had never seen a football game. Smith was a good soccer player in his native country and made a 10-year career kicking for the Patriots; he was a Pro Bowler in 1980. There have been plenty of others, including current Chicago Bears kicker Cairo Santos, the first Brazilian-born NFL player. Santos was unfamiliar with football when he moved to the United States from Brazil at 15. The skills transferred over to the gridiron, and he’s in his ninth NFL season.

Someone I know who played Division 3 college football in New Hampshire set his school’s record with a 51-yard field goal in the early-2000s. He was a high-school soccer player who didn’t play football. He ended up playing professional indoor football locally.

As a former football player turned high school sports reporter, I see soccer players kick field goals and extra points. The most notable examples of this have been girls playing football; other teams likely do the same thing with boys. In the 2010s, Plymouth South High School had two girls kick extra points and field goals for the team.

This year, Quincy High’s placekicker was a girl who played soccer in 2021; the team used a different kicker on kickoffs. At lower levels, some coaches tend to ignore the importance of special teams. If coaches and players attempt to find someone competent to boot the ball on kickoffs or sink extra points without issue, they can make themselves better programs. More teams should do it.