Along with seven-inning doubleheaders, baseball is getting weird. 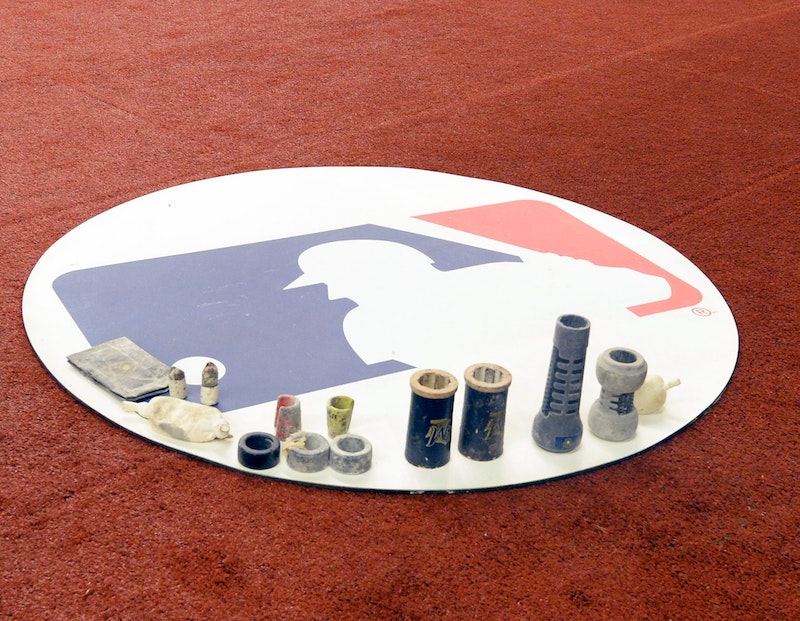 In 2020, Major League Baseball came up with a new rule for extra innings. The batter who recorded the final out in the previous inning starts the new inning on second base from the 10th inning and beyond. Never mind that extra-inning games are rare, the league felt like they were solving a problem. That problem: games are too long, lack action, and younger generations find the game boring. Many longtime baseball fans, including me (23), don’t like the rule for many reasons.

Only about one in 12 MLB games went into extra innings in 2019, according to FanGraphs, and nearly half of those ended after the 10th inning. That means in a regular season, most teams had fewer than eight games that go beyond the 10th inning in a 162-game regular season. Such games can bring excitement to the league.

A prime example is Game 3 of the 2018 World Series. The game lasted for 18 innings and more than seven hours. It was a rare occurrence, but that’s what made it a memorable moment in baseball history. Nathan Eovaldi, usually a starting pitcher, shined out of the bullpen for the Red Sox. He pitched six innings and gave up one earned run, taking the loss, but stood out because he threw far more pitches (97) than starting pitcher Rick Porcello (61). Meanwhile, Ian Kinsler, who was an All-Star second baseman when he was younger, wasn’t great. Cody Bellinger of the Los Angeles Dodgers threw him out at the plate in the 10th inning and Kinsler helped the Dodgers tie the game with a throwing error in the 13th inning. The Dodgers went on to win the game 3-2 five innings later.

That game wasn’t what’s wrong with baseball. It’s what’s right with baseball. Even though the Red Sox lost, it was an entertaining game and a pivotal one for both sides. The Red Sox were up 2-0 in the series going into it. If this game occurred under the new MLB rules, there’s no chance it happens. The probability of an MLB team scoring a run with a runner on second base with no outs is around 50 percent. The expected run total for that inning is 1.10 runs. When a team starts an inning with no one on base, teams normally don't score a run. That’s not to say that low-scoring games are better than slugfests, but this extra-inning rule changes the dynamic.

It forces some pitchers to throw out of the stretch. There’s no evidence this screws with every pitcher or impacts velocity, but some guys prefer pitching out of the windup, and that’s not likely there’s an automatic runner already in scoring position. The rule’s also bad for stats. While the runner on second base doesn’t count as an earned run if he scores, pitchers fare worse with runners in scoring position. But the hits and walks count, and that runner from second scoring is marked as a run allowed.

While it might not have a huge impact on ERA, statheads can see how it negatively impacts the more advanced metric FIP (Fielding Independent Pitching). It’s a stat with a factor to make the average consistent with the league's ERA but instead focuses on things that pitchers have more control over like strikeouts, unintentional walks, and home runs allowed. The average baseball fan doesn’t care about the stat, but it should make a difference there. The same is true of the stat WHIP (walks and hits over innings pitched)—something fans are more likely to notice.

Major League Baseball has a lot of problems that turn fans away from games and make it harder for them to attract new ones. Their domestic violence policy is bunk, as is their aversion to letting people share highlight clips of games on social media—something that works out great for the NBA. My Red Sox press pass in 2017 even told me I could only tweet once per half inning unless there was a score change. Maybe the league should take a stand against domestic violence and let people who love the game promote the game instead of changing the rules.