Decline of the LOOGY 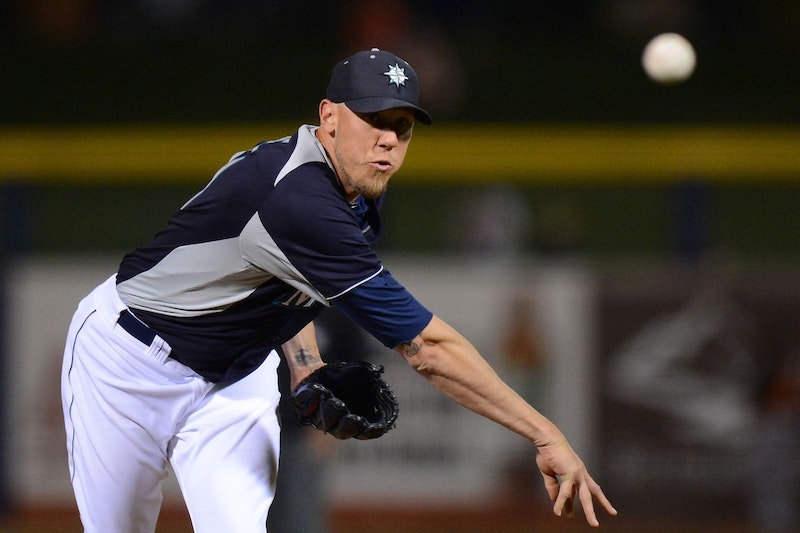 Major League Baseball decided that in their pursuit to speed up games, sacrificing the quality of play is an acceptable tradeoff.

Starting with the coronavirus-shortened 2020 season, the league effectively killed the LOOGY (short for lefty one-out guy) with one of its many bad rule changes. The change that did it was the three-batter minimum. Each pitcher who enters the game must face at least three batters unless the pitcher suffers an injury. It’s an advantage for the hitters and could cost a lot of talented baseball players jobs in the coming years.

Some left-handed relievers are only good at getting left-handed hitters out. Therefore, over the years teams have carried lefty specialists for the later innings. Now, however, doing that job is far less feasible. That’s because often these pitchers aren’t nearly as effective against righties. Some aren’t MLB caliber pitchers against righties—which means their real value in a competitive MLB game is if there are three lefties in a row. That could happen. However, about 40 percent of MLB’s batters hit from the left side of the plate. That makes those situations rare.

The league made the game worse. Are they all that concerned with shaving three or four minutes off a game that they won’t let teams put themselves in the best possible position to win? Do they want to take away from the value of having a talented in-game manager? Do they want teams to score more runs? The latter could backfire on them at times because more offensive production means longer innings.

Over the years, there have been many MLB contributors who got by on being the left-handed specialist. Under these new rules, it’s tough to imagine guys like Jesse Orosco, Mike Myers, and others having the careers they had.

Orosco had a 24-season MLB career and holds the record for most games pitched. In his younger days, he was a highly effective reliever who threw multiple innings. The two-time All-Star, for example, tossed 110 innings in 62 games for the 1983 New York Mets. Those were all relief appearances. He had a 1.47 ERA and was third in the National League Cy Young Award voting. But Orosco pitched until he was 46. Later on, he didn’t have that same quality arm, but still got lefties out. In the final 10 years of his big league career—from 1994 to 2003—he made 538 of his 1252 career appearances and pitched 362.2 innings. That’s less than one inning per appearance and a clean inning is three batters. In Orosco’s entire MLB career, lefties hit .208 off him with a .588 OPS and righties hit .230 with a .673 OPS.

In 2004, Mike Myers helped the Boston Red Sox win their first World Series in 86 years. The team picked him up off waivers from the Seattle Mariners in August. Myers pitched in 883 regular season big league games, totaling 541.2 innings. That’s slightly less than 0.2 innings per appearance, close to—but not quite—recording two outs per outing. Myers made 75 regular season appearances totaling 42.2 innings in 2004 between the Red Sox and Mariners. He pitched one inning or more in 20 of those games and 0.0 innings in 11 of them, meaning his team pulled him before he recorded an out. That happens to lefty specialists after one at-bat sometimes. In the other 44 outings, he recorded one or two outs.

Myers was never a star like Orosco, but he was effective against lefties. They hit .219 with a .635 OPS against him in his big league career. However, righties hit .301 with an .878 OPS. Forcing someone like Myers to face more right-handed batters decreases his value.

Unfortunately for Taylor, MLB closed the market on that role. If he wants to have a successful big league career, he’ll need to figure out how to get righties out as well.