A Look at MLB’s July Draft

Plenty of winners and losers. 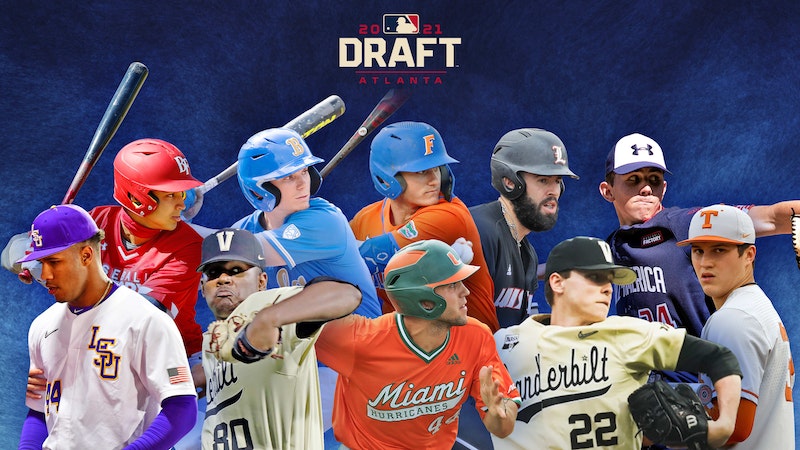 Major League Baseball eliminated 40 minor league teams before the 2021 season, restructuring its farm system in the process. The biggest loser in the transition was Class A short-season baseball. The New York-Penn League and Northwest League no longer exist. However, there will be an MLB Draft League primarily in the mid-Atlantic that will give six cities baseball teams to play in those same stadiums. Those teams include: the Mahoning Valley Scrappers, West Virginia Black Bears, State College Spikes, and Williamsport Crosscutters formerly of the New York-Penn League, as well as the Frederick Keys (former High-A affiliate of the Baltimore Orioles), and the Trenton Thunder (former Double-A affiliate of the New York Yankees).

The concept is that these leagues will serve as an opportunity to showcase players eligible for the MLB Draft. This is valuable in 2021 for a couple of reasons. The draft is shorter this year than usual. It’s 20 rounds—10 rounds longer than last year’s—down from 40 rounds in 2019 and years prior. Plus, the MLB draft is no longer in June. It’s a July draft, so players have more time to showcase their talents once the college baseball season ends. Plus, because of the pandemic, many top summer collegiate leagues didn’t take place last year, so more exposure will help certain players.

What’s good about it is they have a 68-game schedule—which is more than most college baseball teams. That said, these guys have an opportunity to play what essentially amounts to the workload of a professional baseball season. Even the Cape Cod Baseball League, regarded as the top summer collegiate baseball league in the country, only plays 44 regular season games.

To the league’s credit, the coaching staffs look decent. The Mahoning Valley Scrappers, for example, have 2007 World Series champion Coco Crisp as their manager. He’s one of five former MLB players managing in the league. Many of these teams will play in taxpayer-funded stadiums which is yet another example of why they’re a bad deal for the public. The point of the venues was to host pro baseball teams. In the case of the Trenton Thunder, they played about a 140-game regular season schedule and had MLB rehab assignments. Those can draw crowds, especially when the rehabbing player was Alex Rodriguez.

It’s good that they allow talented high school graduates to play in the league. This doesn’t happen in the Cape Cod League, but the New England-based Futures Collegiate Baseball League allows it. As a result, Chris Shaw, a first baseman who played in 38 games for the San Francisco Giants between 2018 and 2019, was a member of the Nashua Silver Knights of the FCBL in 2012—after graduating high school. He was a first round draft pick out of Boston College in 2015.

The problem is MLB’s draft eligibility process. If someone is a great Division 1 college baseball player, why must they wait in many cases until their junior year to be MLB draft-eligible? For some players, that’s a waste of time that costs them financially and in terms of player development. One can spend more time becoming a better baseball player if they don’t have to go to school. Sitting in a remedial journalism class where the teacher spends more time shitting on Donald Trump or reviving her beef with Bill O’Reilly is worthless. The same is true of writing a history paper pretending to like John Rawls to pass your black nationalist teacher’s class. And Massachusetts residents have an added reason to not like it: the Cape Cod League. The MLB Draft League will compete with the Cape Cod League for some players, diluting the talent pool. While the Cape Cod League primarily focuses on players who aren’t yet MLB draft-eligible, they have rising college seniors and talented junior college players. But will they now with this league in place?