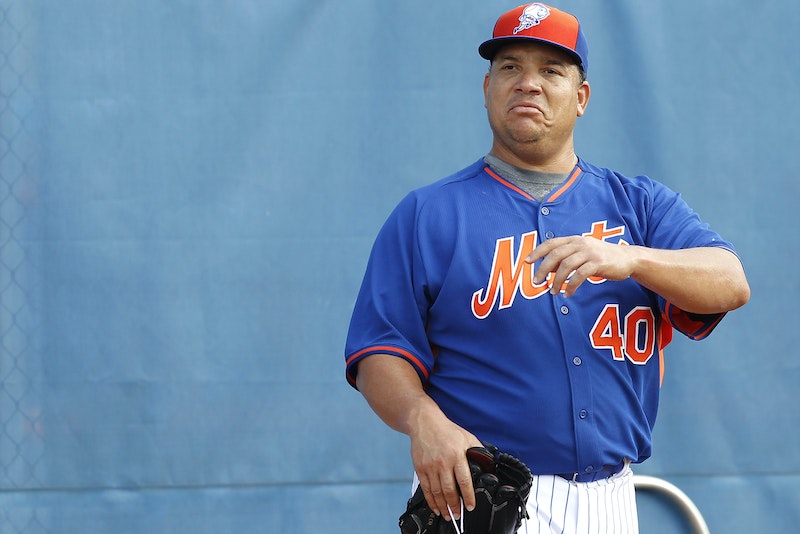 The New York Mets currently possess the National League’s best record and run differential (+25). The fast start is a welcome change for long-suffering fans of New York’s other Major League team. Though the Yankees scored a Subway Series win over the weekend, they lack a drawing card save for the chance to boo A-Rod. The casual fan is there for the Mets’ taking and the team from Queens has done its best to provide excitement.

Terry Collins’ squad looked like a candidate to take a step forward this year with the return of Matt Harvey from Tommy John surgery, the continued maturation of Zach Wheeler and Travis d’Arnaud, and the veteran bats of Curtis Granderson, Michael Cuddyer, and Lucas Duda. After six straight losing seasons the Citi Field patrons are ready to latch on any hope. The Mets have obliged in the first few weeks of 2015. New York has been baseball’s hottest team, winning 12 of its last 14 games.

The National League East is one of the weakest divisions in baseball with the bloated Phillies bringing up the rear. The injury woes of the Washington Nationals have opened the door for the Mets. While the Nats have struggled without Anthony Rendon, the Mets have excelled despite numerous hits to the roster. Collins is currently managing without his closer, All Star third baseman, top left-handed starter, best lefty reliever, and starting catcher. While “next man up” is a phrase generally reserved for the gridiron the Mets have epitomized the concept.

Jeurys Familia has been brilliant filling in for injured closer Bobby Parnell. Familia was excellent as a rookie for the Mets last season, posting a 2.21 ERA and registering 23 holds. The 25-year-old Dominican has been even better in 2015. Familia has notched eight saves in as many chances and allowed just seven baserunners in 9 ⅔ innings. Parnell, currently rehabbing forearm tightness, may have trouble reclaiming his job if Familia keeps this up.

The hamstring injury to David Wright has created an opportunity for Eric Campbell. After batting .263 in a bench role as a rookie last season Campbell has provided a boost in Wright’s absence. Campbell has posted a .364 on base percentage and scored nine runs in 11 games. Wright is expected to return from the disabled list on April 30.

Campbell isn’t the only young infielder making an impact. Shortstop Wilmer Flores has been New York’s brightest star in the season’s early going. After posting a .664 OPS last season as a rookie the 23-year-old already has three home runs and an OPS of .771 in 2015. Flores has pushed Ruben Tejada to the bench and provided a glimmer of hope in the middle infield.

The Mets’ early success has been powered by starting pitching. Despite losing southpaw Zach Wheeler to Tommy John surgery, Mets’ pitching has allowed just 61 runs in 19 games. Only the Cardinals boast a better team ERA than the Mets. The loss of Wheeler has put New York’s pitching depth to the test and provided another opportunity for Dillon Gee. After being involved in numerous offseason trade rumors, Gee has regained his rotation spot. The return of Matt Harvey made the Mets a compelling Spring Training story. Harvey (4-0) has pitched well, but he’s been matched by 41-year-old Bartolo Colon (4-0) and Jacob deGrom (2.96 ERA).

The Mets will soldier on without Travis d’Arnaud for the next six to eight weeks. The young catcher was off to a hot start after a promising 2014 season in which he hit 13 home runs in his first full big league season. Now d’Arnaud is sidelined with a broken pinky and catching duties will fall to rookie backstop Kevin Plawecki. Given the way the Mets’ season has progressed Plawecki will play like the second coming of Gary Carter for the next six weeks.

While many teams can rightfully use injuries as an excuse to wave off slow starts the Mets have relied on exceptional starting pitching and an opportunistic bench to become the talk of baseball.