What It Means to Be Part of a Team

Let me tell you about Farmer Joe. 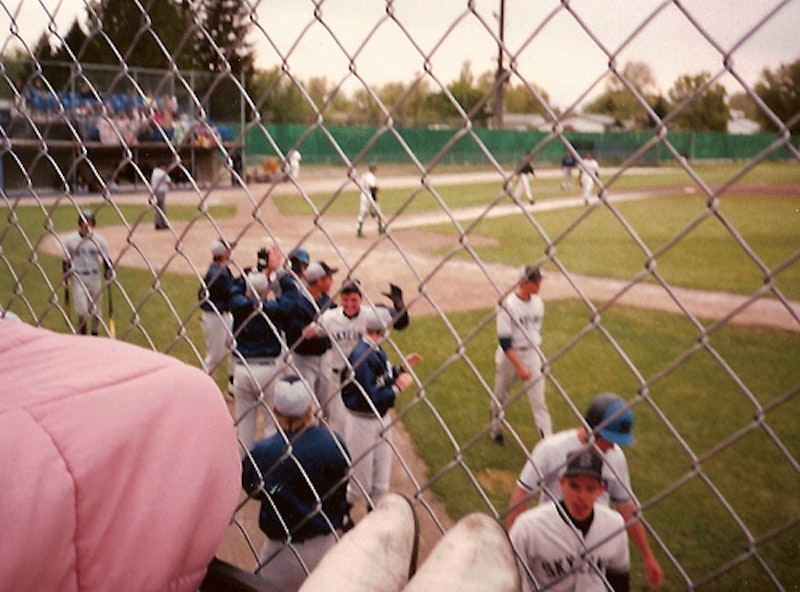 Dear moms and dads: The little boy or little girl who lives at your house has expressed an interest in playing sports. But is going out for the team worth it? The games and practices represent a major time investment. Schoolwork will occasionally receive second billing. The coach could be an idiot. Other parents may get overly involved, and the result could be one big unsportsmanlike conduct penalty.

Still, signing up to play is all your child can talk about. You’re starting to buy into this team thing, but you need more evidence. I’m prejudiced. I coached baseball for 10 years when my boys were younger and loved every minute. In high school, I was far from being the best athlete, but I wrestled and played baseball and football. There’s a special feeling that comes from being part of a team. You share in the victory, console each other in defeat and get up the next morning to do it again.

Let me tell a story. Joe was two years ahead of me in school. His father had a large farm, and he was always driving the tractor or pitching hay. Farmer Joe, we called him. He was only a marginal player. He could catch the ball in center field and could run, but hitting was pretty much out of the question. At a larger high school, Farmer Joe would’ve been cut or relegated to the bench. Senior year, he cracked the starting lineup. “I can do it all,” he said. “Steal bases, throw guys out at home, drag the field with my tractor.”

We laughed. Farmer Joe was fun to be around. The game was Saturday afternoon. Most of the guys on the team spent the morning drinking shakes at the drugstore and flirting with girls. Not Farmer Joe. This was a workday. He did some baling before breakfast, and then cranked the push mower to level the tall grass beside the barn. Joe was pushing the mower up the slope when the machine got away from him. He reached up to grab the handle. The blade sheared off three fingers. The kid was back at school the next week with bandages covering his mangled hand. He was in a lot of pain.

“I let you guys down,” he told us at practice. “The team needed me and I had to go and get hurt.” He watched from the bleachers. And plotted. Farmer Joe circled the date of our last home game on his calendar. He talked to the doctor. He talked to the coach. A team meeting was called. “I can’t hit any more,” Farmer Joe said, his voice cracking. “You never could,” some wiseguy interrupted. Nervous laughter. “But there’s nothing wrong with my legs,” he went on. “One of you rum-dums get on base and you’ll see.”

Tie score. Single to lead off the inning. Farmer Joe comes in to pinch-run. He steals second before the catcher gets the ball out of his glove. He steals third. The throw is wild. He slides in home. Pumping his bandaged hand in the air, he is carried to the dugout by screaming teammates. Players cry. Coaches cry. Fans cry. We win in a breeze.

One of our own had come back. Other teams were better. None was closer. It’s a reason to go out for sports.