Trade him off now for top prospects. 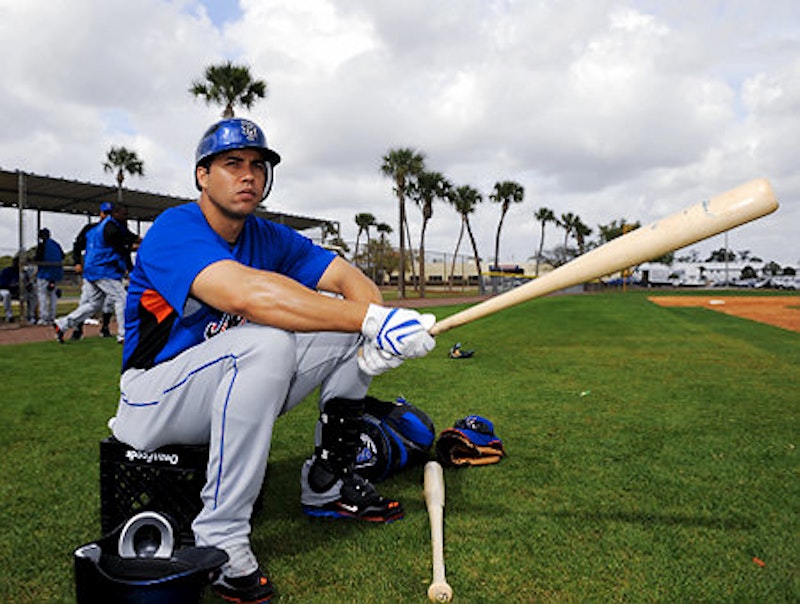 Carlos Beltran, widely considered the best hitter available in this year’s crop of trade candidates, may not be switching teams this month. Mets GM Sandy Alderson has set an unusually high asking price for the rental-player, who has already scared prospective suitors away with his $6 million salary going forward. Alderson has stated his willingness cover the remainder of the outfielder’s large paycheck, but in return, expects high-quality prospects. On the season Beltran has a .293/.389/.528 line with 15 home runs, but because he’s not allowed to be offered arbitration, and thus no compensation is received when/if he’s leaves via free agency, the right fielder presents no future value whatsoever. If Alderson continues to demand 12 cows and a piglet for his Scott Boras-advised outfielder, then the Mets may find themselves sending Beltran packing in the middle of August for salary relief alone.

If the veteran GM wasn’t so unrealistic then a market for Beltran could develop more rapidly. Recently, Alderson reportedly asked for top Atlanta prospects Arodys Vizcaino or Randall Delgado in route to a one-for-one swap. Vizcaino was just ranked as the eleventh most promising minor leaguer in baseball. Teams are still calling New York in hopes that they’ve come to their senses, but it looks as if the Red Sox have finally had enough. Apparently switching gears to other right-handed, right fielders available, the Sox are now focusing on Hunter Pence, Josh Willingham, and Ryan Ludwick. The Phillies, once a prime suitor for Beltran, appear to be on the verge of acquiring Melky Cabrera any day now.

It’s not like Carlos Beltran has a spotless injury history, either. People seem to forget that he missed the majority of the 2009 and 2010 seasons with knee injuries, and those could reappear tomorrow for all we know. Although every player is an injury risk, Beltran might be an unnecessary one, especially considering that he hasn’t played in the AL since the first half of 2004.

If the corner-outfielder market wasn’t so crowded then Alderson’s demands would hold more weight, but because of the glut of right fielders being peddled, he just looks silly. If he wants this much for Beltran, imagine what he’d demand for Jose Reyes. It seems that the point is moot, though, since according to ESPN’s Buster Olney, "[they] are now 100 percent certain they will not trade [him] before the deadline." It appears that Mets owner Fred Wilpon is preparing to eat his words (reported earlier this year in The New Yorker), because the Mets have to give Reyes “Carl Crawford money” in order to retain their shortstop. It’s not going to be as easy, because if the All-Star keeps up the pace he’s been on since April, the Mets might have to dole out “Derek Jeter money.” If Reyes was auctioned off today, he could net New York two top 100 prospects, but I guess Alderson likes his chances. I sure don’t.