Making a Play for Equality

Michael Irvin has done a lot of impressive things on the football field, but his support of gay athletes might end up being his most enduring legacy. 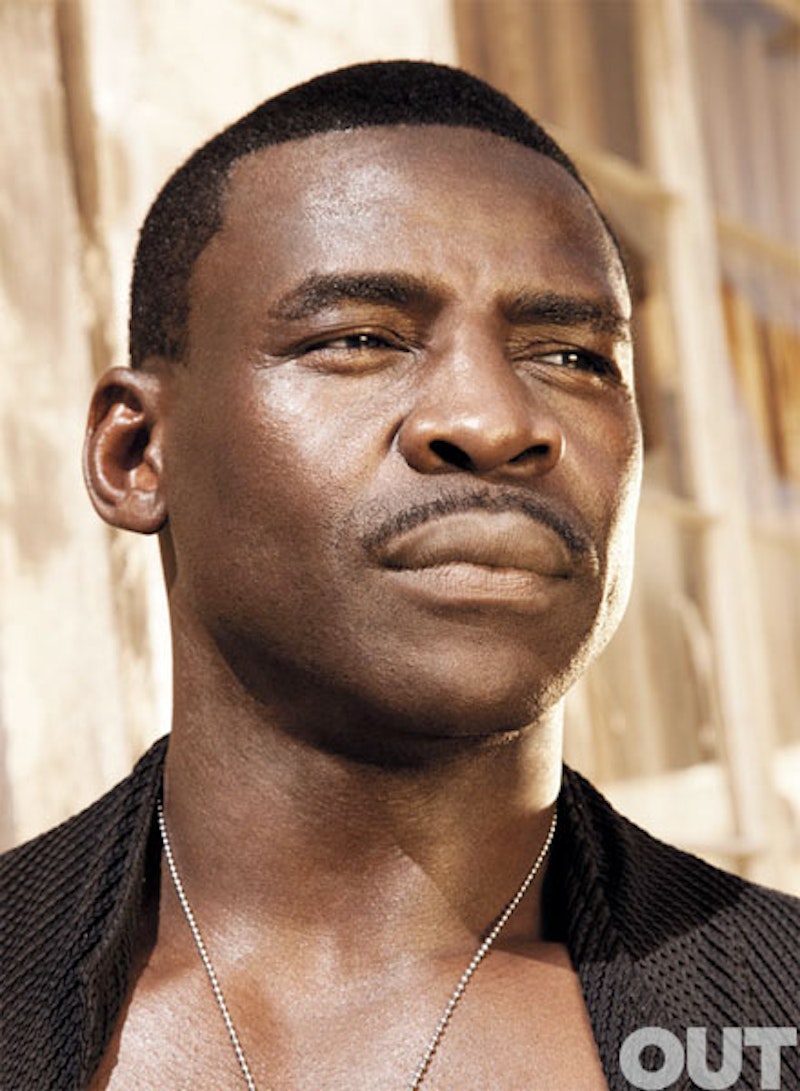 Homophobia is becoming less and less acceptable in society, but there are at least two aspects of popular culture in which it’s more than acceptable and often encouraged: sports and hip-hop. The day that a prominent male athlete or a prominent male rapper comes out will be an important milestone, and I think they’ll find there’s more support out there than previously could’ve been imagined. At the very least, Michael Irvin will have their back—and that’s a big deal.

Who would’ve ever thought The Playmaker, the mink coat-wearing, dime on each arm, son of a preacher man, would use his considerable platform at ESPN and on Miami's WQAM to make a heartfelt plea for gay rights? What Irvin said in the recent feature on him in Out is courageous, important and most importantly, extremely persuasive. It undoubtedly will help more than a few people look inside themselves for the source of their own bigotry, and any steps in the right direction are bound to build momentum towards Irvin’s stated ultimate goal of getting to “a place where there’s no way it’s even considered; it just is what it is and everybody can do what they do.”

Whether they should or not, those words mean more coming from Irvin. The article busts multiple stereotypes—that of the homophobic African-American, athlete and devout Christian with no equivocation, and his trademark frankness. And it all started with Irvin looking inside himself for the root of his personal demons, and what led him towards the bad decisions that earned him his reputation (multiple drug offenses, admitted womanizing).

He recalls seeing his brother Vaughan, when he was 12, dressed in drag, and the shock that followed. It was never a topic discussed after that day, but Michael’s father’s only words on the topic clearly made quite an impression. “Yes, that’s your brother. And you love your brother.”

It’d be even better if Irvin didn’t feel the need to qualify some of his statements, but for the most part, I thought his comments were spot on. When there is finally a prominent out athlete, his teammates will accept him based on his ability—and the mutual respect that being on a team with someone inevitably engenders. Even at the height of his macho posturing, Irvin says he would’ve accepted a gay teammate (and many suspected fellow Cowboys star, quarterback Troy Aikman was closeted, though Irvin says it was never discussed) as long as that player was helping the team win.

Irvin is also on point when he says that with the intense media coverage in sports a team would have virtually no choice but to accept a gay player. Kobe Bryant was overheard on TNT yelling a gay slur at a referee following a technical foul and was fined $100,000 by the NBA, Joakim Noah was later fined 50,000 for a similar offense while many clamored for both to be suspended. While the fines are an accountant’s rounding error for these guys, the message has been sent—it’s no longer acceptable to use that kind of language.

Bryant’s half-assed apology, where he said he shouldn’t be taken literally and his remarks were made in a moment of frustration were subsequently torn to shreds by former NBA player John Amaechi (who came out after his playing days were over) in a column for The New York Times. The whole thing is worth reading, but this passage stood out to me as exceptionally eloquent:

“I challenge you to freeze-frame Bryant’s face in that moment of conflict with the referee Bennie Adams. Really examine the loathing and utter contempt, and realize this is something with which almost every lesbian, gay, bisexual and transgender person is familiar. That is the sentiment people face in middle and high schools, in places of worship, work and even in their own homes across the United States.”

The prevalence of, and the anger behind such ignorance is startling, but imagine the same amount of intensity making a compassionate argument for equality. Intensity like this:

We need more athletes willing to consider their words, their (fairly or not) god-like status, and wield that power responsibly. So, when Michael Irvin says:

“If anyone comes out in those top four major sports, I will absolutely support him. That’s why I do my radio show every day. When these issues come out, I want to have a voice to speak about them. I think growth comes when we share. Until we do that, we’re going to be stuck in the Dark Ages about a lot of things. When a guy steps up and says, ‘This is who I am,’ I guarantee you I’ll give him 100% support.”

His words give other athletes fewer excuses for their own comments, and even more importantly, establish that silence on this issue is no longer acceptable. It’s what he ought to be saying, but the man still deserves credit for tailoring his message towards the demographic whose minds need to be changed. As he noted in the video above, he’s been a champion at every level, and as his assertions that, “The last thing I want is to go to God and have him ask, ‘What did you do?’ And I talk about winning Super Bowls and national titles—I didn’t do anything to make it a better world before I left? That would be scary,” prove that he’s a winner in the only game that really matters—life.