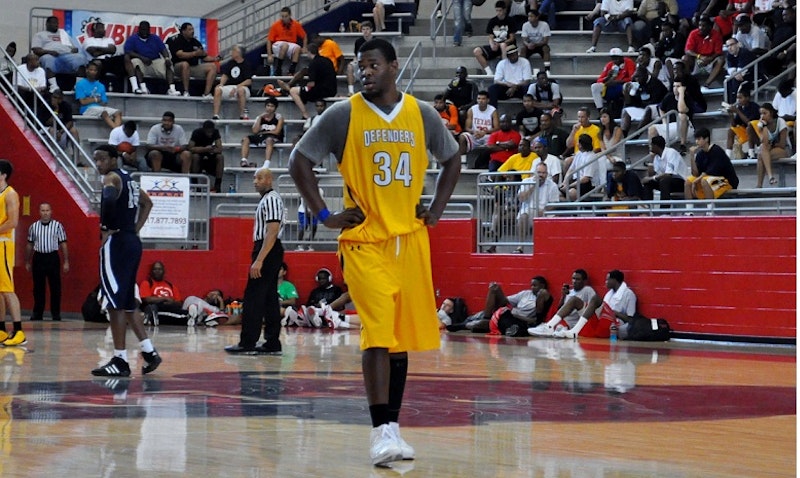 The University of Maryland Men's basketball team scored a victory on Wednesday, a full two months before the start of the season. Shaquille Cleare, a 6'9" 285 pound center at The Village School in Houston, verbally committed to attend Maryland in the fall of 2012. It was a huge score for the Terps new coaching staff led by Mark Turgeon.

Cleare is one of the highest rated recruits to commit to Maryland in years. He’s been ranked among the Top 30 high school seniors, and a Top 5 post player, by many scouting services. The irony of the Cleare commitment is that the young man was originally attracted to Maryland because of the now retired Gary Williams.

Williams drew criticism from fans and local media for years for his apparent inability, or unwillingness, to recruit high-level talent. Now, the first major post-Williams recruit cites Gary as a major factor for his interest in the university. According to Cleare's high school coach Don Harvey, in comments to the Baltimore Sun, "He [Cleare] was really intrigued by Coach Williams. That's what got it started." Turgeon had recruited Cleare before he left Texas A&M so they already had established lines of communication. Mark Turgeon and his staff should be commended for their hard work, but Shaq Cleare demonstrates the value of having a coaching giant like Williams still involved with the program.

At worst Cleare fills a huge void in the Terps 2012-2013 lineup. The team only has two other post players on scholarship for that season, the unproven James Padgett and oft-injured Ashton Pankey. Cleare, who is likely start as a freshman, will give Turgeon a big body in the middle and a presence on the boards. He is also reported to have a soft touch on the jumper out to 10 feet.

Cleare could represent a milestone in Turgeon's efforts to resurrect the Maryland basketball program. Since Turgeon's hire in April Maryland has been linked to numerous four and five star recruits and McDonald's All Americans. In addition to Cleare, the Terps have been listed as strong contenders for Top 5-rated Forward Mitch McGary, Houston's Harrison twins and AAU circuit standout Jake Layman.

McGary has Maryland in his final list of six schools, but as a Top Five-rated player he has all of the big dogs chasing him. He's the type of player that Gary Williams' Terps were seldom linked to, so just to have the Terps mentioned as a possibility is exciting news. The Harrison twins, Aaron and Andrew, were Cleare's teammates on the AAU Houston Defenders. Both brothers are listed as Top Ten players for the 2013 class. Recent Internet reports, and Twitter posts by the players themselves, have speculated that McGary and the Harrisons could all commit to Maryland in hopes of chasing a championship. I put little stock in the Twitter ramblings of 17-year-olds but it sounds like Turgeon's message has been effective in creating buzz about the program. A 2013 lineup featuring Cleare, McGary and the Harrison twins would be a dream for Terps fans and a potential nightmare for ACC opponents.