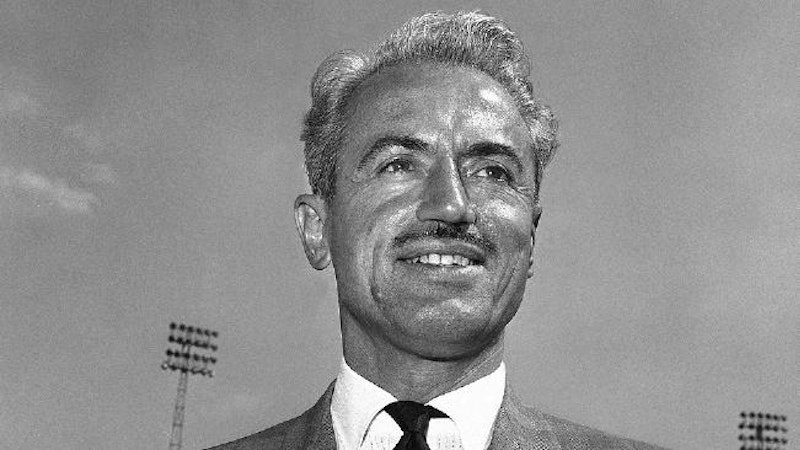 It’s entirely fitting that Major League Baseball’s Hall of Fame ballot was mailed to the more than 600 voting members of the Baseball Writers’ Association of America (BBWAA) the same week that Marvin Miller, the labor leader who revolutionized the sport, died at the age of 95. Miller, who won free agency for the players’ union in 1975, was detested by owners for fouling their fiefdoms; in a Washington Post obituary by Thomas Boswell he was appropriately dubbed “the most important man in sports in the past 40 years.” Miller is not in the Hall of Fame, even though non-players like umpire Nestor Chylak, Branch Rickey (the brave executive who integrated baseball by placing Jackie Robinson with the Brooklyn Dodgers), Thomas Yawkey (a dilettante whose contribution to the game was that his Boston Red Sox were the last team to integrate) and onetime MLB Commissioner Ford Frick (who insisted on an asterisk next to Roger Maris’ name when he broke Frick’s friend Babe Ruth’s home run record in 1961) made the grade.

In The Godfather, Part II, Hyman Roth memorably tells Michael Corleone: “There was this kid I grew up with; he was younger than me. We did our first work together, worked our way out of the street… Later on he had an idea to build a city out of a desert stop-over for GI’s on the way to the West Coast. That kid’s name was Moe Greene, and the city he invented was Las Vegas. This was a great man, a man of vision and guts. And there isn’t even a plaque, or a signpost or a statue of him in that town!”

That’s Marvin Miller in actual life. Baseball players, who once worked regular jobs in the off-season to make ends meet, are now guaranteed a minimum salary of nearly half a million dollars, and the top stars sign contracts worth $20 million a year or more. You’d think that every MLB dressing room would have a picture of Miller in a prominent place, let alone a statue in each stadium. But it’s the rare athlete whose knowledge of the game’s history is more than rudimentary, and if you polled the rosters of every franchise it’s likely that a minority of players have even a passing acquaintance with the work that Miller (and former St. Louis star Curt Flood) did on their behalf.

Fans, and sportswriters, can argue about the economics of baseball, the bloated salaries of journeyman players, the ticket prices and so on, but if the Hall of Fame is meant to represent not only a select group of superstars but also the men who influenced the sport, then Marvin Miller should’ve been inducted at Cooperstown a long time ago. That he’s continually snubbed is a disgrace.