March Madness is Better Without (Most of) the Fans 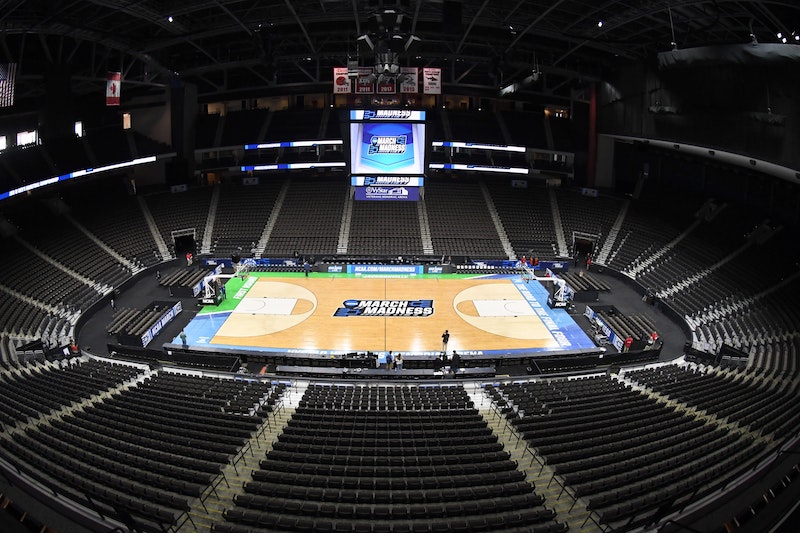 College basketball is easy to hate. It’s loud and surrounded by controversy, including the subjects of paying athletes and equal treatment of men’s and women’s teams. It also features one of the most obnoxious fanbases in sports.

As a fan of the game itself, it can often be a turn-off even for me. The NCAA’s annual “March Madness” tournament returned last week, and while the TV broadcast looks the same, it’s not like a tournament we’ve seen before.

Held at Hinkle Fieldhouse in Indianapolis, the tournament follows the format it always has, though slightly expedited to accommodate a shortened season. Sixty-four teams compete in single elimination games, leading to the final four, and an eventual champion. Teams are ranked by their assessed skill (seeding) and matched as such.

This format can deter would-be fans. Single elimination games are very exciting, but the “madness” aspect can be too much. For someone who doesn’t follow sports, the sudden wave of interest in people’s alma maters, local schools, or random teams people hold allegiance to is overwhelming. You may never know someone went to Villanova, until the NCAA tournament when they can’t seem to tell you enough.

Most NCAA tournaments are packed with students and alumni who either live in the area, or have travelled to attend the games. When schools with large student bodies and alumni associations play, such as Ohio State, the fanfare is ridiculous. Students wear all types of gear representing their team, some paint their faces and bodies, many carry signs, many are drunk, and all of them are loud.

In a refreshing turn of events, as Syracuse entered the second half with a six-point lead, I wasn’t subject to the hurricane of aggression. Instead, I was able to focus on Syracuse coach Jim Boeheim’s signature 2-3 zone defense and watched as West Virginia tried to work around it.

Without much luck inside in the previous half, West Virginia looked to shoot from the perimeter in the second half. This was clear, as you could even hear West Virginia’s coach yelling about the topic. While the small group of fans in Indianapolis certainly makes some noise, the distanced crowds will never provide the volume a full arena would. Announcers are usually drowned out by the noise in the arenas, and the entire game becomes an adrenaline-fueled ride, that has less and less to do with basketball.

With less than 10 minutes to play, West Virginia’s perimeter shooting had cut Syracuse’s lead to nine. Buddy Boeheim and Syracuse had uncharacteristically also focused on outside shooting. This led guard Boeheim to score 25 points, and three other starters scored 12 each. Despite some mistakes, the Orange was able to rely on their zone defense and outside shooting to claim the narrow victory.

Afterwards, I felt as if I still hadn’t seen a true March Madness game. Where were all the marching bands and letters painted on chests? The answer is they’ll be back soon enough. In the meantime, we get to watch good basketball without the frills.