Lay Off the Kansas City Royals

The perception that K.C. lost to Tampa Bay is premature. 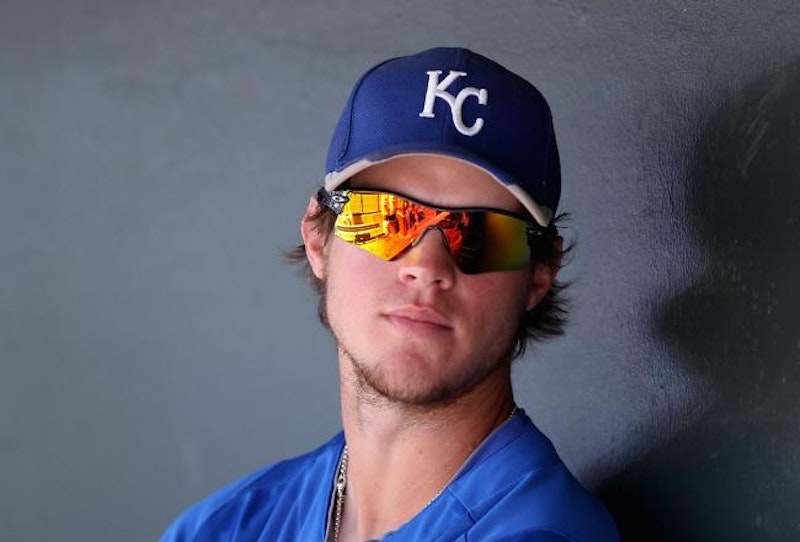 The news of baseball’s latest blockbuster trade broke late on Sunday night, and Twitter exploded as details trickled out detailing the Kansas City Royals’ swap of top prospect Wil Myers and others to Tampa Bay for James Shields and Wade Davis.

In the minutes after the trade bloggers, armchair GMs, and prospect mavens hurled ridicule and insults in the direction of the Royals and GM Dayton Moore while celebrating the brilliance of his Tampa counterpart Andrew Friedman. The deal wasn’t a total shock as Shields to KC had been rumored for weeks. The Royals had already added Ervin Santana in a trade with the Angels and re-signed Jeremy Guthrie this offseason but still weren’t satisfied with the state of their starting rotation.

Shields immediately jumps to the top of the Royal’s rotation. In fact, according to Baseball-reference.com, the most comparable player to Shields in Zack Greinke. Yes, the Zack Greinke that just signed a six-year $159 million deal with the Dodgers. There’s no guarantee that Greinke will live up to his contract just as there’s no guarantee that Shields will pitch well enough to make Royals’ fans forget about Wil Myers. What we do know is that the cost of reliable and effective starting pitching continues to go up. The Dodgers gave up $159 million to sign Greinke. The Royals gave up a potential slugger under team control for seven seasons in Myers. We won’t know for years who got the better deal.

From Tampa’s perspective the trade makes a lot of sense. Myers is generally considered one of the top five prospects in baseball, and should form a dynamic middle of the order combination with Evan Longoria, who just signed a six-year extension a few weeks back. Shields was about to get expensive for the Rays. His salary was set to increase from $7 million in 2012 to $9 million in 2013. The Royals now hold a team option at $14 million for Shields in 2014.

Trades like this are a fact of life for the Rays. Friedman dealt Matt Garza to the Cubs two winters ago for a package of five prospects as Garza was getting priced out of Tampa. Other than saving the Rays a boatload of money the Garza trade has had minimal impact on both teams. None of the five prospects Tampa received from the Cubs have made a splash in the big leagues. Garza’s been solid when healthy but he’s likely to be dealt again in an effort to jumpstart the Cubs’ rebuilding effort.

Friedman should be celebrated for making the best of a bad situation. He’s managed to make the Rays competitive and keep them relevant despite an awful ballpark, small fan base, and serious budgetary constraints. Friedman may have pulled a major coup in acquiring Myers for a pitcher who had become too expensive to keep, but perhaps not. Many people seem to be assuming that Myers will become Giancarlo Stanton. There are no sure things. The Rays are hoping that Myers becomes the perfect running mate for Longoria. The Royals know they got a terrific pitcher in Shields. There’s nothing wrong with a sure thing even if it doesn’t improve your Baseball America prospect rankings or make ESPN’s Keith Law all warm and fuzzy.

The celebration of Friedman should not come at the expense of Dayton Moore. Moore’s overseen his own rebuilding project in Kansas City. The Royals have a young and exciting lineup but have been unable to develop the pitching needed to compete in the American League Central. Moore simply wasn’t going to ever be able to outbid a big market team for a free agent ace like Greinke. I’m sure that giving up Myers was difficult, but pitching wins and the Royals simply don’t have the budget or the draw to get into a bidding war. This trade is an example of both teams dealing from strength.

Kansas City was the third best team in their division before acquiring Shields and Wade Davis from Tampa. The trade puts the Royals ahead of the White Sox, on paper, and sets their sites on the defending AL Champion Tigers. Dayton Moore saw an opportunity and seized it, and ought to be celebrated in Kansas City. If Shields bombs in KC and bolts for free agency, or the Royals fail to break their string of non-playoff seasons which dates back to 1985, then Moore will be roundly, and rightfully, criticized.