The Chicago Cubs: We can rebuild them, we have the technology... 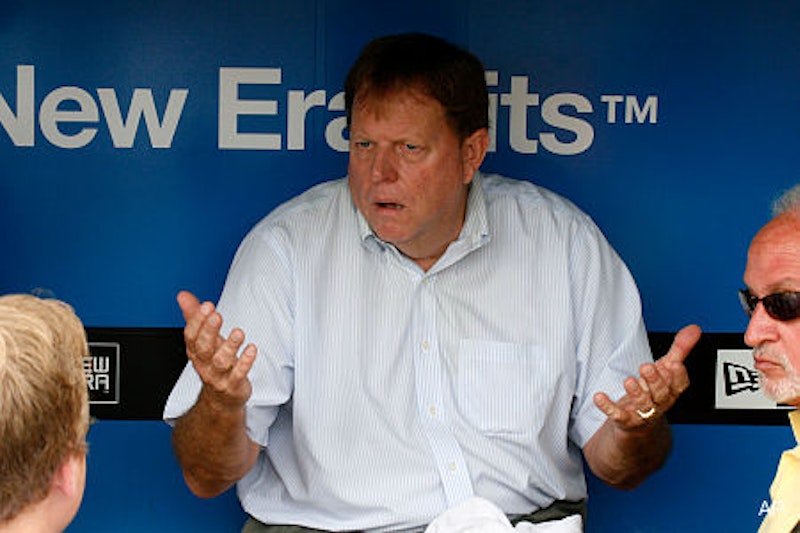 Earlier this week the Chicago Cubs announced the hiring of Mike Quade as the club's new manager, removing the interim tag he’d held since Lou Piniella's mid-August retirement. It was a rather curious move considering the timing and the lack of fanfare. I'm not saying Quade was the wrong choice, only time will tell. He's certainly paid his dues after spending nearly two decades as a Minor League manager and the past four years as Chicago's third base coach. He compiled an impressive 24-13 record after Piniella’s swan song and seems equally adept at handling the team's youngsters as well as established veterans.

The announcement is curious because it came during an off day in the playoff schedule. After making big splashes with previous hires Piniella and Dusty Baker, the Cubs' new ownership group is apparently taking a low-key approach. Maybe it's the right idea. Maybe making a run at Joe Girardi, Bobby Valentine or some other “name” would just be repeating the mistakes of the past. Maybe after seeing Quade's September success it was considered a foregone conclusion that he would be named the fulltime manager.

I think GM Jim Hendry, whose recent history is filled with boneheaded free agent deals and strange trades, may be putting too much stock in the club's September performance. It's difficult to truly evaluate a team in September; teams flood their rosters with Minor League call-ups, managers try team members in new game situations, players sometimes try out different position in preparation for an off season switch, veterans with nagging injuries are more apt to take a day off, etc. I'm not saying Quade got lucky, but it is a bit unfair to compare his performance to Piniella's.

I think the Cubs are gearing up for a rebuild. They have some exciting young players like Starlin Castro and Tyler Colvin, with Brett Jackson and Josh Vittters on the horizon, to go along with a stockpile of young pitching. I wouldn't be surprised if the team tried to deal Ryan Dempster and Carlos Zambrano this offseason to gain some payroll flexibility. It may be that Hall of Famer Ryne Sandberg is still viewed as the team's manager of the future, but the Ricketts' ownership group didn't want to saddle a beloved Cubbie with a team in transition. Quade has a two-year deal. I doubt he’s return for a third season. This looks like Hendry is following the uber-successful Orioles' managerial strategy of the last six years with Quade starring in the role of Dave Trembley, the loyal organizational guy getting his big break.

The really confusing aspect in all of this is Hendry. Where does he stand? Did he make the decision on Quade or was it ownership? Has Hendry been given some assurances by Tom Ricketts? Does he have compromising photos of Ernie Banks? Hendry makes Omar Minaya look like Branch Rickey but he's still plugging along and just hired his fourth manager.