Without a big market team, don't expect much for Fox's World Series ratings. 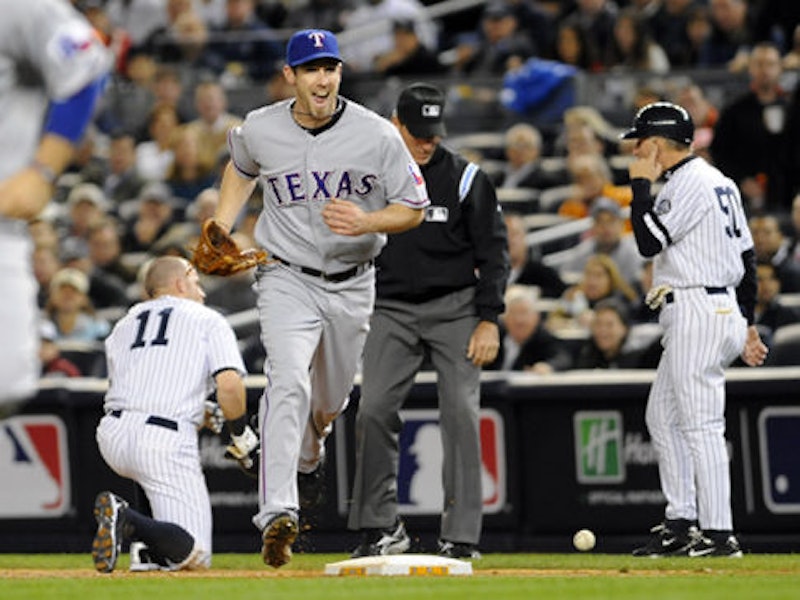 While Derek Jeter and A-Rod made tee times and cruise plans and the Rangers danced on the field the Fox executives cried in their Family Guy coffee mugs. The World Series matchup between the Texas Rangers and San Francisco Giants is extremely intriguing to a true baseball fan like myself. Interesting stories and characters abound. These two franchises have rarely tasted success. Youngsters Elvis Andrus and Buster Posey are stars in the making. Cliff Lee becomes Sandy Koufax once the leaves turn. Giants closer Brian Wilson has the greatest bad beard ever. The battle between AL offense and NL pitching could make for a true fall classis. Nonetheless, all of this is a nightmare for Fox.

The networks spend so much time focusing on the Yankees, Red Sox and Phillies that legitimate contenders like the Giants and Rangers struggle to get airtime. The fact that both teams are not in the Eastern time zone only makes matters worse. These teams would never be featured on the game of the week unless they were playing at Fenway, Wrigley, or Yankee Stadium.

The real problem comes in the fact that MLB does a terrible job of marketing its players, leaving that task to the networks. While the NFL sends its players on all out pre-season media blitzes, MLB is content to let its players spend six weeks on golf courses in Florida and Arizona. Exciting young players like Andrus and Posey would never get national attention if not for this type of post season run. I hope this World Series signifies a changing of the guard and MLB seizes the opportunity to reduce its reliance on all things Yankees/Red Sox. I won't hold my breath. As soon as Carl Crawford signs with Boston and Cliff Lee take his World Series ring to the Yankees the hype machine will start all over again and guys like Andrus, Tim Lincecum, Posey, and Josh Hamilton will be left to fend for table scraps from FOX, ESPN and TBS.

This could be the best World Series since the 2001 Diamondbacks/Yankees to-and-fro. You have to love the Giants’ pitching and their amazing ability to scrape together just enough runs with that makeshift lineup. How the hell is Aubrey Huff the #3 hitter on a World Series team? They have a 1993 Phillies thing going on by getting contributions from some very unlikely sources. I think Lee and the Rangers’ high-powered offense will prove to be too much for the Giants to overcome. San Francisco manager Bruce Bochy will try not to let Hamilton beat them, but Andrus, Michael Young, Vlad, Nelson Cruz, and Ian Kinlser may have other ideas. If there's one thing that concerns me it's the Rangers bullpen, but I'll take Texas in six.

Rupert Murdoch, eat your heart out.