Why I'm leaving my sports obsession. 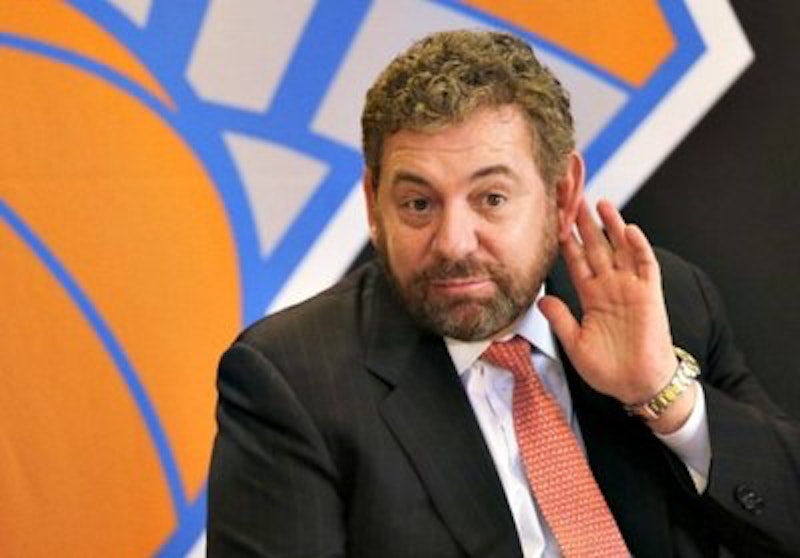 When I was 15, my dad took me to a New York Knicks game at the legendary Madison Square Garden. The thrill was intense for this small town boy from upstate New York. It was my first time at a professional basketball game, unless you count the Harlem Globetrotters, that is, in the world's greatest city. I was hooked. My love affair with a sports franchise and a city was on. I became a loyal fan, willing to put up with disappointment after disappointment, because that's what being a fan requires.

Today, however, I am formally renouncing my membership in the New York Knicks fan club. I can't take it any more. Anyone who knows me will be shocked by my sports apostasy because I've been a diehard Knicks fan for so long, but the bitterness has become too much for me to endure. All I've ever asked for as a fan was a glimmer of hope that someday things could be turned around and I might get the chance to at least savor the prospect of a championship, but that faint flame is out now.

The guy who killed all the hope is the Knicks’ spoiled rich boy owner, James Dolan, whose only rival for the title of worst American sports franchise owner is another overgrown brat, the Washington Redskins' Daniel Snyder. Dolan is an American success story of sorts. A graduate of the unheralded SUNY New Paltz, he started off as a lowly salesman and worked his way up to his current position as President and CEO of Cablevision Systems Corporation and Executive Chairman of The Madison Square Garden Company, which owns the Knicks. Well, his father was Cablevision's founder, Charles Dolan, so there's that.

Cable is the dirtiest mafioso-style industry around, and the son of one of its moguls gets to have the New York Knicks as his personal plaything and project all of his many character flaws on the team as he proceeds to run it into the ground. Sometimes capitalism is cruel to sports fans. I get that. Professional sports is a dirty business too, calling upon cities to build stadiums and arenas for the great privilege of being their host, so Dolan is a good fit in that respect. What it boils down to is to be a sports fan these days requires a certain amount of moral compromise, and that I'm willing to accept - just not at the James Dolan level.

I have long been looking for a way out of the house of pain and humiliation that is Knicks fandom, and Dolan conveniently gave it to me with his recent hiring of Isaiah Thomas - former Knicks coach and president of basketball operations - to be the president of the WNBA's New York Liberty, the other team Dolan owns that plays in Madison Square Garden. As a Knicks coach/executive, Thomas distinguished himself during his brutal 5-year tenure by never getting the team over .500 even once, and by losing a sexual harassment suit to a female Knicks employee. Prior to these highlights, he bought the CBA basketball league, which had been around for 46 years, and quickly bankrupted it even though the NBA had offered to purchase it. Now he gets the chance to bring his magic touch back to The Garden. To Dolan, who blew $100 million trying to save now defunct electronics retailer Nobody Beats the Wiz in 1998, Thomas' wake of destruction somehow makes him a smart hire. A guy who doesn't respect women now gets to run a women's team, in James Dolan's topsy turvy playground of a world.

What Dolan has brought to the Knicks is his rich kid philosophy that you can buy your way to the top with overpriced free agents. Why develop talent or build a team organically when you can pull out your checkbook and purchase a "proven" commodity? Look around at the winning teams these days and see how well that approach works. Even the Yankees have a hard time with it. The only real excitement I ever got with Dolan as Knicks owner was with the "Linsanity" craze, when the unknown Chinese-American point guard and former D-leaguer Jeremy Lin came off the Knicks' bench and made the team fun to watch again in 2012. Dolan saw through that house of mirrors involving all the games Lin helped the Knicks win though, and wouldn't pay him enough to stick around after that season. He wasn't a "name" free agent, after all.

The guy James Dolan is pouring all his money into as the future of the franchise is, of course, Carmelo Anthony, whose inability to carry an NBA team beyond much more than the first round of the playoffs was there for everyone to see when Dolan acquired him from the Denver Nuggets. The Knicks should trade the 30 year-old superstar at the first good opportunity, as the team has no depth and could get a lot in return for him, but I don't care any more. Basketball guru Phil Jackson is now the team president, but no amount of Zen mastery from the legendary coach and former Knicks player will be enough to overcome the taint that James Dolan brings to the Knicks.

As of today, I'm a Golden State Warriors fan. This might open me up to charges of being a bandwagon fan, but I used to live in San Francisco, and my other sports obsession is the 49ers, so I'm not overly concerned. The Warriors have the NBA's most exciting superstar in Steph Curry and, unlike Anthony, I believe he can lead his team to a championship. The Knicks won 17 games this season, so what am I giving up other than watching Spike Lee grandstand in the front row, trying to make it all about himself. You can have them, Spike.