American Men's Tennis Has Dropped Off the Map

Can John McEnroe bring it back? 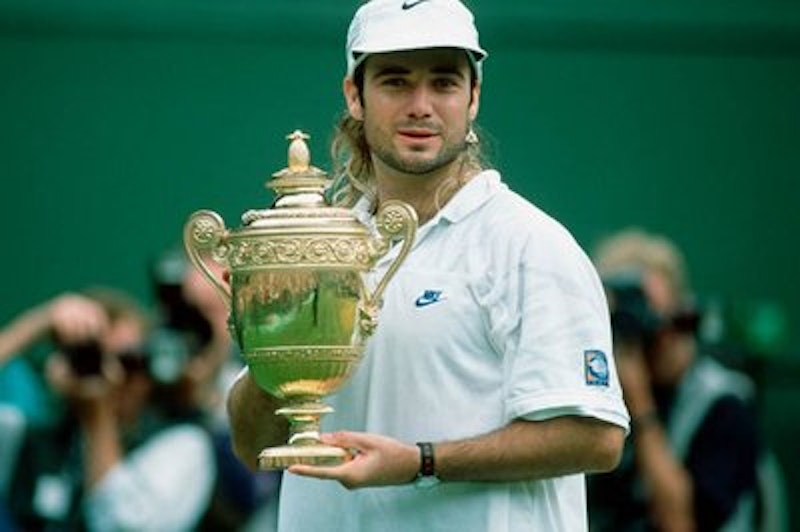 American men's tennis is currently experiencing a crisis of confidence, as Jimmy Carter might put it. The French Open tennis tournament starts on May 19, but few Americans will be tuning in, at least to see the American men play. Once again, there isn’t one American man who has a legitimate shot at winning this "major" tournament at Paris' fabled Roland Garros Stadium, nor has there been one for years now. Andre Agassi was the last American to win it all at Roland Garros, when he mounted an epic comeback from a two set deficit to defeat Andrei Medvedev in five sets in 1999. Nothing similar will be happening this year.

The talent pool in men's tennis, at least in the upper echelons of the professional ranks, is as dry as a front lawn in southern California these days, even though the last "golden era" of American men's tennis—the 90s—wasn’t that long ago. From 1990 to 1999, Americans Pete Sampras, Jim Courier and Andre Agassi dominated the men's professional circuit, taking 22 out of the 40 major tennis championships. Sampras and Agassi were household names then, but today very few Americans could even tell you who the highest ranked American male tennis player is. That would be John Isner, currently ranked number 18 in the world, a name very few would recognize. The last American man to win a major was Andy Roddick, back in 2003 when he took the U.S. Open crown in Flushing, Queens.

How did the Americans lose their grip on the game of tennis so fast? For 17 of the first 30 years of the ATP ranking system, an American held the top ranking, and now there’s one American in the top 20. Part of the problem is that the game has spread all over the world, so there’s more competition. The game is no longer completely dominated by a handful of countries—U.S., Australia, France, Great Britain, Italy and Sweden. Another factor is, with so many sports to choose from in the U.S., it’s clear that this country's best athletes are not going into tennis these days.

The U.S. Tennis Association (USTA) takes much of the blame for not getting our best athletes into tennis and then grooming them for the top. Other countries have more effective national tennis organizations that are better at recruiting and training prospects. There’s disagreement within the American tennis community, and even within one prominent tennis family, about how to put American men back on the tennis map. Patrick McEnroe, who took charge of player development at the USTA in 2008, believes the best way to do it is to develop players at the USTA academy in Boca Raton, FL, where young players can also complete their high school degrees tuition-free. At this and other tennis academies in Florida—most prominently, Nick Bollettieri's—young players devote themselves to tennis in a way that excludes most of the normal teenage activities. Patrick's vision of getting American tennis back on track did not go as planned however, and he was forced to step down from his USTA job last September.

Patrick's more famous brother, the legendary tennis champion John McEnroe, rejects the "tennis factory" approach favored by his younger brother. "Johnny Mac" has said that he would’ve quit the game if he’d been sent down to a "tennis factory" in Florida. At the John McEnroe Tennis Academy, which opened in 2010, the athletes live at home and are encouraged to lead a normal life with diversified interests, which even includes—shockingly!—playing other sports. His players train harder for shorter periods of time, relative to the Florida tennis academies, and they have the stimulation of New York to recharge their batteries regularly when the pressures of competition start to overwhelm.

It’s hardly surprising that John McEnroe would take the road less traveled in his approach to developing young tennis players. McEnroe was a "genius" type tennis player who may have had more pure talent than anyone who has ever gripped a racquet. Had he paid more attention to training, there’s no telling how many more major titles than the seven he did win would have been his. McEnroe was a "serve and volley" player with breathtaking artistry at the net and an uncanny ability to angle the ball in ways few players could even imagine. His type of game is considered "old school" now, and is not taught in the Florida tennis academies, where individualistic styles are often chipped away at and replaced with the standard modern "baseline pounder" approach.

Despite the debate of how to turn things around on the courts, it’s entirely possible that what has happened to American men's tennis in this century has a largely random component. Can a tennis genius such as John McEnroe or, currently, Roger Federer really be produced by a "system?" You might just as well ask if an art school can produce a genius painter, and I'd say the answer is "no" in both cases. Americans are not disposed to believe in the random element when it comes to great achievements, so they resist such a concept reflexively, but the U.S. may have to wait for the new tennis messiahs to reveal themselves. Let's hope they choose to train at John McEnroe's tennis academy when they do surface, because if they take the "industrial" route and go down South, their game will most likely emerge looking generic. American men's tennis needs an exciting and original player like John McEnroe to reenergize the game, and maybe the 56-year-old former "Superbrat" has found another way to accomplish this now.