It’s Time to Expand the Definition of RBI

It's not the best stat in baseball, but the MLB should clarify its meaning. 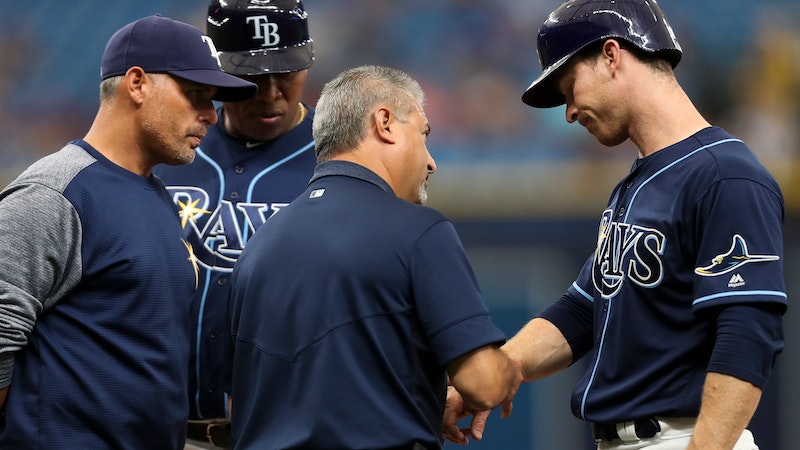 When a Major League Baseball player puts the ball in play and a run scores, that’s an RBI, right? It depends. Sometimes, yes; other times, no. RBI is not the best stat in baseball, but it shows who knocks in runs. It depends on how many runners are on base when a certain hitter is up, and that varies depending on the batting order and who else plays for the team, but there’s another issue with it: the actual definition of RBI.

Here is how MLB, unfortunately using passive voice, defines RBI: "A batter is credited with an RBI in most cases where the result of his plate appearance is a run being scored. There are a few exceptions, however. A player does not receive an RBI when the run scores as a result of an error or ground into double play." It goes on to say run-scoring hits are the most common way for a hitter to earn an RBI, although they occur on bases-loaded walks and hit by pitches.

MLB should amend that definition. It’s fine to exclude errors because a pitcher or third baseman throwing the ball into the stands isn’t much of an accomplishment for the hitter. That’s also why the league does not award an RBI for a wild pitch. However, double play balls deserve credit for an RBI.

There are a few reasons for this. Look at the first half of MLB’s definition of RBI again. Generally speaking, it’s about a plate appearance where a run scores. Although walks count, as do hit by pitches, for the most part, this revolves around hitting the ball in play—or out of play in the case of home runs. A double play puts the ball in play. That’s why teams can use it to record two outs.

Often, an out isn’t the issue when it comes to awarding an RBI. When a hitter grounds out or flies out, they can still earn an RBI. There’s a word for when a hitter flies out and a run scores: a sacrifice fly. It doesn’t even count against a hitter’s batting average (another flawed stat). Hitting into one out is less bad than hitting into two outs, but the out is not a prohibiting factor there. However, the goal of a baseball game is to score more runs than the other team. Knocking in a run is a tangible step toward achieving that.

Statheads may argue that awarding the batter a run for a double play is wrong because a double play lowers the team's run probability for that inning. That's also why they are largely anti-bunting.

For example, with the bases loaded and no outs in an inning, the run expectancy in Major League Baseball is 2.29, using data from 2010 to 2015. That means, on average, teams score about two runs, sometimes three, in such an inning. If a batter grounds into a double play, and a run scores, that gives the team one run, but puts two outs on the board. With two outs, if you have a runner on first, the run probability is 0.22. If they're on second, it's 0.32. And if they're on third, it's 0.35. Add the one run already scored, and the expected runs—1.35, 1.32, 1.22—is still nearly a full run lower than what it was before the double play.

It’s okay if some think that way, or argue that a double play is bad so therefore players don’t deserve the reward. There’s a counter argument: those numbers aren’t exactly real. Do you know what is real? Having another run on the board. A team can’t score 2.3 runs in an inning. Additionally, baseball games don’t take place in a vacuum. The run probability chart says it’s better for a player to strike out with no outs and the bases loaded than for them to knock in an RBI on a double play. This, however, doesn’t account for how the next player batter could hit into a double play and end the inning, not scoring any runs, or that batter and another could both record outs and the team may end the inning with zero runs. The problem with using averages is this does not account for how the game’s going, who’s on the mound, or who’s in the lineup. Additionally, recording one out and a run scoring with the bases loaded, which counts as an RBI, can still reduce the overall run probability—if that out comes at second or third base (1.13 plus one run scored, and 0.884 plus one run scored).

Who knows? Maybe the run scored on a double play ends up making the difference in a game. Maybe it gives a team a comfortable enough lead where they can give their closer a day off.

When it comes to stats, MLB’s have plenty of flaws. One can pitch the final three innings of a game, let up six runs and earn a save, run support influences pitching wins and losses, and there’s at least one hole in the RBI stat. There are no perfect baseball stats, but it’s worth trying to improve some—even if the difference is marginal.