If I Had an MLB Hall of Fame Vote

And the nominees are... 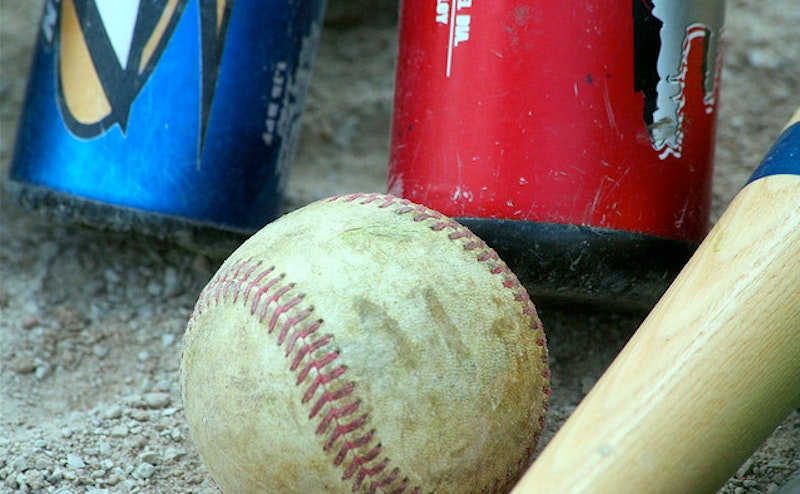 The newest batch of MLB Hall of Fame inductees, picked by the Baseball Writers of America, will be announced on Jan. 5. The voting typically offers few surprises. Baseball’s Hall of Fame is an exclusive club, especially when the Basketball and Football Halls elect anyone who’s put on a chin strap or won a women's NCAA championship. As a member of the Baseball Bloggers Alliance I was asked to cast a Hall of Fame vote for the BBA's official press release. The BBA HOF vote is completely meaningless and is generally a way for baseball geeks like myself to voice an opinion, so I participated.

I’m generally in favor of a small Hall, since it’s meant to commemorate only the best of the best. As I stated here I don’t have a problem with players who were either accused of or tested positive for PED use if their stats in comparison to their peers warrant induction. Therefore it's a given that Rafael Palmeiro was on my ballot. Palmeiro's production speaks for itself. He was one of the best offensive players of the last 25 years. He's a Hall of Famer.

Last year the BBWAA inexplicably failed to vote in Robbie Alomar; he received 73 percent of the vote, falling just short of the 75 percent needed for induction. If Alomar isn't a Hall of Fame second baseman, then no second basemen should be in the Hall. My guess is some of the cranky BBWAA members held the infamous Alomar-Hirshbeck spitting incident against Robbie and that he'll easily surpass the threshold this time around. He wasn't Hornsby or Gehringer but Alomar was the best offensive second sacker to play since Joe Morgan and arguably the best defender in the history of the position.

Tim Raines is a baffling case. To me he's a slam-dunk Hall of Famer. Yet in 2010 he received just 30 percent of the vote in his 3rd year of eligibility. Those stats don't bode well for Raines' induction, but a glance at his actual baseball stats should clarify the issue. I think a couple of things hurt Raines; he was a contemporary and played in the shadow of Rickey Henderson, who is largely regarded as the greatest leadoff hitter of all time; his battle with cocaine abuse; he hung around into his 40s as a pinch hitter.

The debate has raged on for years about the candidacy of Bert Blyleven and Jack Morris. I see both of them as stat compilers in the Don Sutton ilk with the critical difference being that Sutton hung on long enough to hit the magic 300-win mark. Blyleven and Morris both fell short of 300 and have fallen short of induction. Blyleven won 287 games but lost 250 in his 21-year career. Blyleven and Morris had more impressive careers than some already enshrined pitchers like Jesse Haines and Lefty Gomez, but we can't correct the mistakes of past voters. As a small Hall proponent I wouldn't vote either of them in though I'll bet the BBWAA taps Blyleven.

Barry Larkin should’ve been elected last year. He received just 52 percent of the vote in 2010, his first year of eligibility. In comparison to the shortstops in the Hall, Larkin ranks among the top 10 in hits, runs, steals, home runs, RBI and OBP. He's one of the best hitting shortstops in baseball history and it isn't even debatable. Another shortstop, Alan Trammell, is forgotten by voters. His offensive accomplishments were overshadowed by playing in the same league and era as Cal Ripken Jr. and Robin Yount. A closer looks reveals that Trammell's stats, while not as impressive as Larkin’s, make him clearly one of the top 10 shortstops ever to play the game. As such Larkin and Trammell would both be on my ballot.

Blyleven, Morris, and Lee Smith miss the cut for me. Jeff Bagwell and Fred McGriff may receive further consideration in the coming years. Edgar Martinez gets an atta boy, but no vote.