The author interviews writers Bethlehem Shoals, Tim Marchman, Pete Beatty, Eric Freeman and David Roth to get to the bottom of thier proposed "smart sports" site, The Classical. 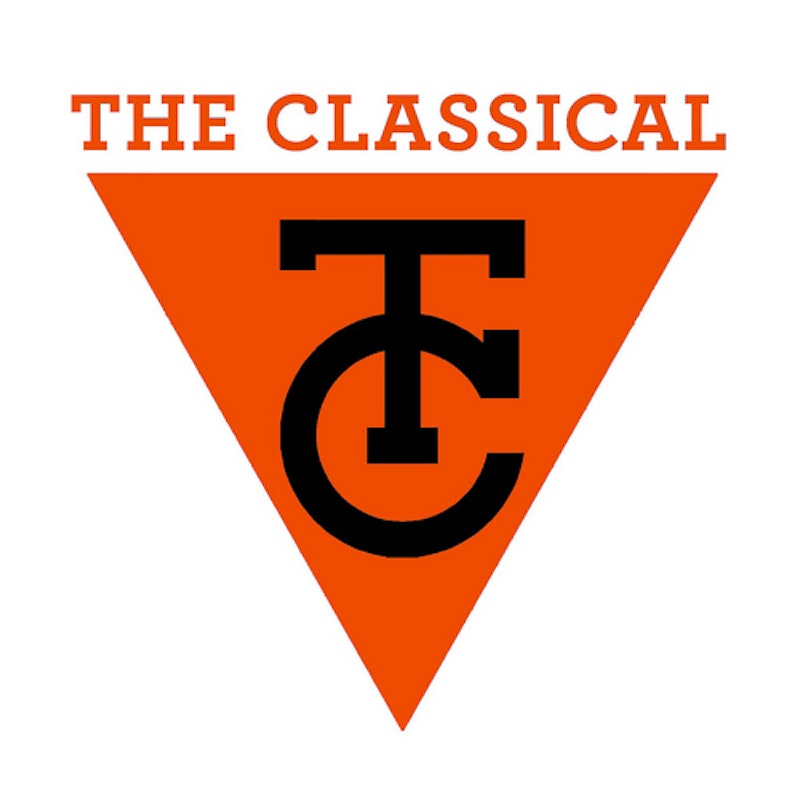 Not long ago, I heard from a friend—Tim Marchman, the fine sportswriter whose work was a staple of The New York Sun—that he and a band of confederates are in the final stages of unveiling a (mostly) sports website, called The Classical. Obviously, there’s a glut of sports-related content on the web, but most of it sucks: The Classical’s team of writers, an iconoclastic bunch, hold the promise of a witty, interactive, slap-happy, studious and audacious daily website that’ll be a lot more fun than reading ESPN’s Buster Olney, say, or the by-the-numbers reporting found in daily newspapers. This week, by email, Marchman, Bethlehem Shoals, Pete Beatty, Eric Freeman and David Roth responded to several questions of mine.

Splice Today: “The Classical” is a sturdy name for a website, but how does it say “sports”?

Bethlehem Shoals: It sounds like a newspaper, sort of. That's pretty "sports." More importantly, an early working motto of this project was "sports for people who like the Fall as much as they do sports," so it's probably to our advantage that it isn't as limiting as some of our other, less opaque options.

Tim Marchman: It doesn't, which is one of the things I like about it.

Pete Beatty: I don't even like sports that much.

Eric Freeman: The Fall's Mark E. Smith once read the football scores on British TV and wrote a theme song for a nonexistent football club. That's enough for me.

David Roth: Once you understand that we were picking between different Fall songs for our name, I think it makes a lot more sense. (Also, though, I like that it sort of kids itself: it sounds like, but won't be like, The National, and it also sounds kind of stodge-intensive, and it won't be.

ST: I’m looking forward to a smart site devoted to sports, and other subjects, but I’m unclear about what it’ll consist of. You say a model is The Awl (which I also like a lot), but then promise at least occasional 25,000 word features. Help me out.

BS: I can't necessarily speak to this, since I didn't threaten said 25,000 word essay, but you should probably see that as very special treat in the offing. That said, The Awl does run everything from three-sentence posts to features long enough to require Instapaper. We are going to leave all our options open.

TM: As the one threatening 25,000 words on Pete Alexander, the main thing is that it's a fascinating subject about which I want to write in detail. It's also a lark: Everyone knows that long doesn't play online, but maybe stupid long will. Plus it forces some thought about presentation: Do you serialize it? Do you release it in full for Kindle? If you do that, do you charge for it, or give it out free? We'll see what works.

More generally, while we'll be flexible with format and want writers to feel comfortable trying ambitious things or just letting a piece breathe, we also want them to respect the GZA: "Too many songs, weak rhymes that's mad long/Make it brief, son, half short and twice strong."

EF: We'll have diverse offerings, everything from longer reported pieces to quick blog-type posts on the issues of the day. We're not specifically opposed to any kind of format. Who knows, maybe someone will even put together a really great slideshow of J.R. Smith's favorite episodes of Everybody Loves Raymond.

DR: I agree with all of that, especially as regards GZA and J.R. Smith. If there's a story that needs telling in the tens of thousands of words, we're happy to have it told that way. It'd have to be great, though, and the subject would need to demand it. We're not going to run 25,000 words on Doyle Alexander or Pete Chilcutt. Unless you've got something good.

ST: How will The Classical differ from, say, websites like ESPN, FanGraphs, Hardball Talk, Sports Illustrated and all the sports blogs available to fans? Nasty or nice? Both? Maybe “Boston Dirt Dogs” crossed with the 2005-era “Deadspin” crossed with the too-brief sports section in The Wall Street Journal?

BS: We are trying to strike a balance between being smart about sports and just trying to be smart in general. Or to put it another way, we want to do sports writing without losing sight of the writerly virtues that can draw in an audience who couldn’t care less about stats. Sports are a cultural phenomenon and a specialized obsession. You can have one without sacrificing the other.

TM: We'll be less concerned with the news of the second, and actively looking for things a little too idiosyncratic in subject or style to make sense for other publications. Also, no autoloading videos.

DR: I think, to the "nasty or nice" thing, that we're going to aim for always thinking-before-and-making-sure-you-actually-give-a-shit-before-writing and trust that we'll be nasty or nice as needed, and, I hope, be right as often as not in that choice. The key, I think, is that, while we'll be paying attention to and writing about things that are happening as they're happening, we're not going to be trying to pump up some outrage or oversized purple-y pomp over something that no one will care about in 18 hours. So, ideally, nasty AND nice, when and where necessary, in perspective. Also more nice and smooth than anything else.

ST: I suspect, reading the preview, that The Classical will present all original content, no aggregation. Correct?

BS: We will certainly make sure that readers are seeing the pieces that we're enjoying elsewhere. Does a link dump count as aggregation?

TM: We are aggregating dope writers.

PB: No aggregation. Links to stuff we like, occasional posts saying, "Stop what you are doing and go to [insert name of site that isn't ours] and read this."

EF: We'll highlight other pieces around the web of substance. The Internet is a community, and we're going to do whatever we can to be part of it. That includes creating our own subculture on the site with reader feedback, in comments or otherwise. Some of us contributed at FreeDarko, and one of the best things about writing there was that the commenters would often say smarter things than what had been published. It was like an 18th century coffee shop, except only half the people carried around snuff tins.

ST: Who will be the editor(s)?

BS: We've got a glut of editorial experience on board. For practical purposes, though, our two main editors will be Pete Beatty and Kate Perkins. Contributors may not deal with them till the end, but they will be the ones drawing up master plans and such.

Marchman: Our editorial structure is a funnel, with Beatty and Perkins as the stem.

ST: I certainly hope your Kickstarter campaign is a success, and it appears to be going well. But, getting into the “businessish stuff,” doesn’t the amount of $50,000 seem like a very, very tight budget for an entire year, considering the ambitions of The Classical?

BS: Hey, it would be great it we exceeded $50,000. Don't worry, we have budgets put together for higher goals. And yes, it is a tight budget for a year. It's really about covering expenses, and making sure we have enough man-hours set aside (that is, freed up to not engage in the freelance hustle) so that The Classical has writing and editing capabilities at all times. We will have a daily, real-time presence. We will also have a lot of content coming in from the staff members who work more like columnists. Factor in outside contributors, and our desire to interact with a community, and this project gets really ambitious, really fast. The Awl comparisons are misleading in the sense that Choire and Balk started modestly and then expanded. We're going pretty darn big from the get-go. Then again, the sports marketplace is so crowded, and the potential readership so large, it only really makes sense to try something on this scale. We want to get people's attention.

TM: It's a lightweight budget, but we'll punch hard because a lot of talented people will be working hard on this for much less than they'd usually be paid. Our funding is just the minimum amount we need to support running for a year while we figure out how to make money. At the end of that year, we'll know if we're on to something.

EF: The good news is that some of us already subsist on ramen and Fun-Dip.

DR: Just to build on Eric's point, I also like sardines.

ST: On the assumption that you raise the necessary funds, when can readers expect The Classical to go live?

BS: Optimistically, during the baseball playoffs.

TM: We're shooting for the baseball playoffs, but won't rush anything to hit an arbitrary date. First impressions and all that.