Question is, who’d even want Lohse? 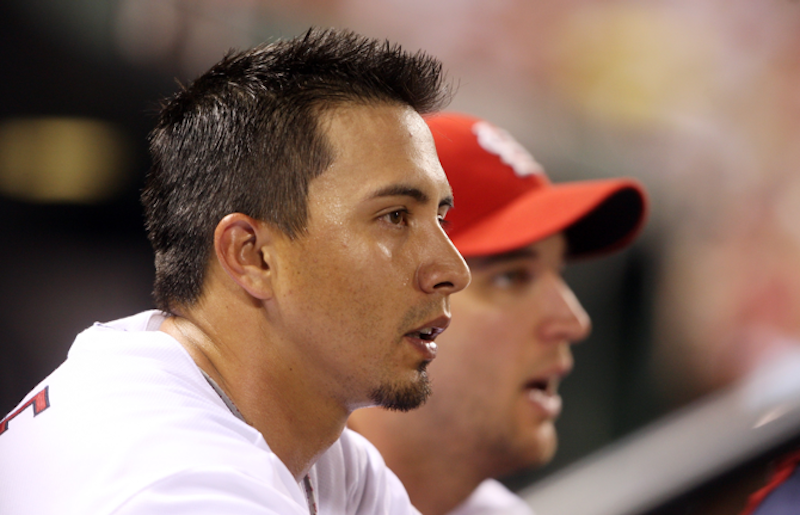 Kyle Lohse will sign somewhere, likely before the season starts. As of now, though, he’s effectively homeless. The right-hander put together a career season in 2012, sporting a 3.6 fWAR to go along with a 6.1 K/9, 1.62 BB/9, and 2.86 ERA (3.51 FIP) in 211 innings. I’ve never been a Lohse fan, but he was undeniably effective last year. Agent Scott Boras, naturally, agrees, because he went into the offseason seeking a big-money deal for the 34-year-old. Obviously, things haven’t really worked out.

The reason? Lohse is old and connected to a qualifying offer. If he carried only one of these black marks, then he’d have signed a four- or five-year deal a while ago. See, if he were younger, teams wouldn’t mind handing away a draft pick, and the slot money that’s attached to it, because they’d be investing in a long-term solution. Since Lohse is already 34, however, clubs know that he’s only got another year or two left in the tank before a decline becomes noticeable. If he wasn’t attached to a qualifying offer, though, none of this would matter—since no draft picks would be given away, the only thing at stake would be money.

This predicament has caused Lohse to go unsigned throughout the offseason. It’s a classic case of Boras being greedy. At this point in the year, when spring training has already started, who’s going to bite the bullet and sign him? A desperate team. If I were a GM, I wouldn’t go near the right-hander. Even if you dismiss the factors I’ve just mentioned, Lohse still isn’t a very desirable option. Yes, he was good last year, but that’s it. Not great, just good. 2012 was his best season by far, and if you really think he’s going repeat his success in 2013, think about how many pitchers have had a renaissance that late into their careers. Not many. And we haven’t even talked about Lohse’s down seasons yet. When he’s bad, he’s very bad, to the tune of a 5.00+ ERA.

I’ve tried to guess who would sign the right-hander, but have no idea. Eventually, some injury will crop up and a club, likely one with a protected first round draft pick or one without one at all (Angels, Dodgers), will sign him. Recently, some pundits predicted that the Rangers would nab the hurler. I find that hard to believe, since GM Jon Daniels has shown he’s not an idiot; in fact, he’s one of the better GM’s out there. Whichever team does sign Lohse, though, my thoughts and prayers go out to their fans. No half decent 34-year-old is worth a draft pick.