First, ignore anything on ESPN. 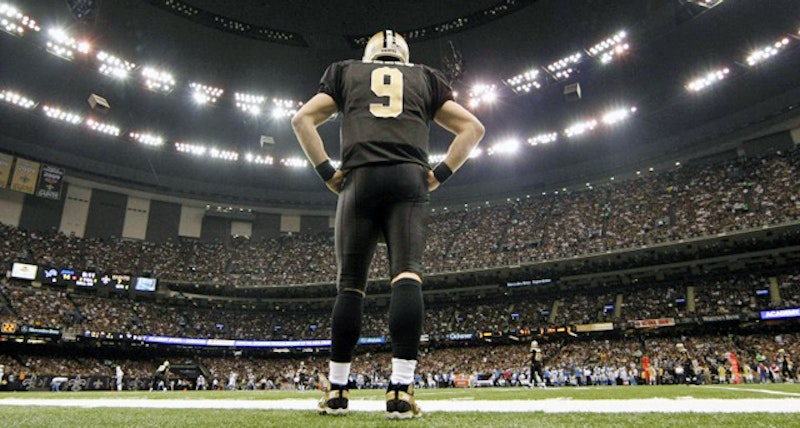 Like most right-thinking American men, I’ve been consumed with fantasy football preparations over the past few weeks. I won’t bore you with the tedium of my personal roster decisions or trade options but I will curse the right ACL of Chargers’ WR Danario Alexander. I have Alexander for $2 in a keeper league and now he’s waiver wire fodder. Next to Alexander himself, and perhaps Philip Rivers, I’m pretty sure I’m the person most upset about Alexander’s injury. I may be overstating my disappointment.

My draft prep led me over to the ESPN.com fantasy sports page. A few minutes on the site quickly reminded me why I don’t venture that way very often. I started reading the Draft Day Manifesto by Matthew Berry (aka: The Talented Mr. Roto). I read about four paragraphs of Berry’s 8000-word fantasy football oracle before begging out after continued plugs for his new book and very little in the way of information or opinion. Below you’ll find my abbreviated answer to Berry’s long winded manifesto.

Play for money: You’re not really playing fantasy football if there isn’t at least a little bit of money, or something of value, on the line. You don’t have to put up mortgage payments or volunteer for credit card roulette but there needs to be a little something for the effort. Leagues that don’t offer some cash prize generally have about three active participants after Week Five.

Don’t be in the same league as your wife: If you’re like me your wife is probably out of your league in terms of looks and smarts. I somehow convinced her to marry me and that’s as far as I’m pushing my luck. I’m not saying that your wife shouldn’t play fantasy football, just that you shouldn’t be in the same league. Let her start a league with her sisters and book club and scream at the TV on Sundays. You stick with the fellas where you can trash talk and hurl obscenities on the league message board with reckless abandon and not have to worry about offending your wife’s delicate sensibilities or endangering your love life.

Don’t draft before the third pre-season game: Pre-season football stinks. It beats soccer as a viewing option but that’s not saying much. I’d rather watch almost any sporting event other than pre-season football. The only thing worse than watching pre-season football is hearing people attempting to analyze the results. Let the coaches pour over those 60 horrid minutes of game footage; it’s their job. You should be out taking a walk, or reading a book, or paying attention to something more worthwhile and meaningful; which is pretty much anything.

NFL players have been dropping at an alarming rate this summer. ACLs tears are all the rage. It’s only a matter of time before Roger Goodell eliminates running and cutting in an effort to curb injuries. Most teams don’t play their established stars in the fourth pre-season game so if you can make it past the third week of exhibition football then most of the major injuries should be out of the way. Schedule your draft for after the third pre-season game or risk getting burned.

Wait on Tight Ends: The only tight end worth grabbing early is Jimmy Graham of the Saints. The problem is that someone will jump on Graham a round too early and lose out on a stud wideout or a top running back. Don’t be that guy. After Graham you have the chronically injured Rob Gronkowski, timeless Tony Gonzalez, and Jason Witten of the Cowboys who develops an allergy to the end zone every time I draft him. If you miss on one of those four then just wait. The rest of the tight ends are basically the same guy. Take one of them and call it a day. Don’t take two or you’ll constantly second guess yourself and never start the right guy.

The same can be said of quarterbacks. After Rodgers, Brady, Brees, Manning and Matt Ryan you basically have a group of about a dozen QBs who are essentially the same. If you miss out on one of the stud QBs resist the urge to overdraft Russell Wilson or Colin Kaepernick and shoot for someone in the Rivers/Eli/Dalton/Flacco/Luck/Roethlisberger/Romo group.

Don’t be the first to draft a defense or a kicker: Kickers are interchangeable. Don’t draft more than one and don’t take one before the last round. Defenses are fairly unpredictable from year to year. The Bears always force a crazy number of turnovers but don’t waste an opportunity to add a skill position player just to draft the Chicago defense. Take one defense and one kicker and load up on running backs. Don’t worry about bye weeks. You can always cut your defense and kicker and pick up a bye week replacement that will be nearly as good if not better from the waiver wire.