All this losing is hard to watch. 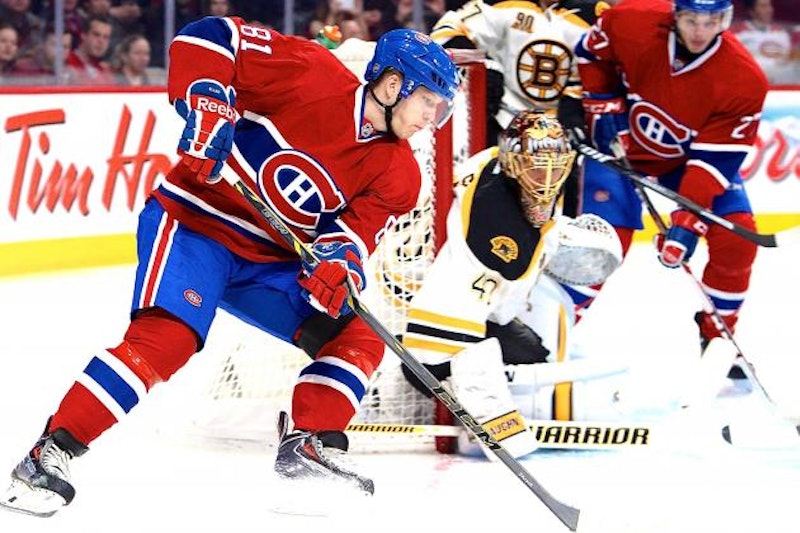 It’s all going to hell, and there’s not a thing I can do. It’s tough, sometimes, being a hockey fan.

It all started so well for the Montreal Canadiens: nine straight regulation wins to begin the season, which no NHL team had ever done. Then some long-term injuries happened, notably to MVP goaltender Carey Price and to first-line right winger Brendan Gallagher. And then the team started losing, and they couldn’t stop. They were 19-4-3 on December 1; as I write, they’re 30-28-6—or, put another way,11-24-5 in the last three months. Which is ridiculous.

I grew up a fan of the team. I can remember, just, the dynasty of the late 1970s, when the Canadiens won four Stanley Cups in a row. All this losing is hard to watch. I’ve never seen anything like it. There hasn’t been anything like it; December was the worst month in the history of the team since before the Second World War. And yet, grimly, teeth gritted, I hung in, expecting they’d snap out of it. They haven’t, and now they’re six points out of a playoff spot.

I’ve seen the team play through bad seasons before. But I’ve never seen one that started so well blow up so spectacularly. Injuries and bad off-ice decisions have crippled the team, and the real hell of it is that the Canadiens still have a lot of talent. P.K. Subban is one of the best defensemen in the league. Max Pacioretty’s had a tough season, but is still one of the best pure goal-scorers in the game. Young center Alex Galchenyuk is often spectacular. You watch the team and you see flashes from these players and others that show you what could have been; what ought to be.

On their own this still wouldn’t be enough to keep me watching. But watch I do, game in and game out. Why? Not just morbid curiosity. Not just a desire to survey the atrocities. I can’t help it. I’m a fan. I take the bad with the good. I’m unable to change anything. But I can’t turn away.

Night after night I’ve watched a baffled, overmatched coach try to find an answer. Bad goaltending is difficult to overcome, and without Price the Canadiens’ backups have been abysmal; but head coach Michel Therrien has compounded his problems with bad personnel decisions, questionable systems, ineffective special teams, and a reluctance to trust young players. Therrien’s a difficult man for a fan to like.

I’ve developed a habit after every loss of sticking around Twitter to read the latest ludicrous statement that comes out of Therrien’s post-game presser. When he blamed a recent loss on P.K. Subban, the hockey press in and out of Montreal immediately went into overdrive, speculating about their relationship and possible trade scenarios. I don’t blame them; I was melting down myself. I wanted him fired, wanted him as far away from the team as possible.

Thankfully, General Manager Marc Bergevin stepped in to state clearly that he would not trade Subban. Unfortunately, though, he seems reluctant to dismiss Therrien. When Bergevin called a press conference on January 21 I got my hopes up, only for Bergevin to state categorically that his coach would not be fired this season. The team then lost back-to-back games to the Columbus Blue Jackets, both by 5-2 scores; the Blue Jackets at the time were in last place, missing their coach due an injury, and playing their third-string goalie. Bergevin still didn’t fire Therrien, and three different journalists have reported hearing that he has no plans to fire him in the off-season.

Abstractly, loyalty is a fine quality, and you never want someone to lose their job. But both these men have contracts guaranteeing them a lot of money. And someone has to pay for this travesty. But if no one does… what can I do? This is the real hell of watching the Canadiens play out the string on a season that should have gone on into the playoffs. The knowledge that there’s no action I can take. Nothing to make things better. Nothing to keep it from happening again.

If you’re a fan of a team in any sport, wait long enough and they’ll have a bad year. Or a bad few years, bad generation, or in a couple of cases, a bad century. Becoming a sports fan means identifying emotionally with something over which you have no power, something you can in no way affect. Something outside yourself, but in which you can still, in some way, take part—but only vicariously.

Emotionally, that can lead to some strange situations. Dan Steinberg recently wrote a column in The Washington Post encouraging D.C. residents to cheer for the Washington Capitals, one of the real success stories in the NHL this year. Some are reluctant because the Caps have a bad track record in the playoffs. Steinberg makes a passionate argument for the value of watching the team during the season nevertheless, of being a fan and celebrating all the games and moments along the way—“the investment of time and emotion into a team,” as he says, has a value in its own right. I believe he’s right, and I think every sports fan does as well. I’m only surprised he had to say as much.

But then there’s another side to being a fan, and that’s rougher: sticking with your team through the bad times. Dealing with defeat. That’s who Steinberg’s writing for: the once-bitten Washington fans, shy now to return. I understand. I think it may be easier to deal with an obviously lost season than to risk getting your hopes up only to be disappointed. And yet that’s part of the paradoxical joy of sports. You aim at the best and you usually fall short; and then you slowly accept that it wasn’t you that lost, but your team, and what they did do along the way was actually pretty good in its own right. You were entertained, thrilled and drawn in.

And if your team loses so much it can’t make the playoffs, then what? Try to develop a sense of gallows humor. Wait for a high draft pick and hope for better days. When those days come, it won’t be because of anything you did. But you’ll feel better just the same. You’ll know you can trust the players in your team’s jersey and the people running the team. You’ll know somebody, somewhere, knows what they’re doing.

Not much hope right now, for the Canadiens. I never had much faith in Therrien, but I’d thought Bergevin was intelligent enough to recognize his limitations. No: Bergevin considers Therrien the guy you want “if you’re ever in a foxhole.” The metaphor’s apt, as both men are dealing with the shells lobbed by an increasingly irate media and already-frothing fanbase. Bergevin’s given no sign of self-interrogation, so sense of why those shells are coming at him. No sign that he can recognize failure in the foxhole with him.

I’ve seen worse, which is the terrible thing. The bitter reality is that even the high draft picks that come with bad seasons don’t work out to much if the management’s also poor. You hope that no long-term damage is done, that players aren’t thrown away. Until people get fired.

There’s an illusion of order, at that point. Sacrifices have been made. The story has to change. Maybe it does, maybe it doesn’t. Sports aren’t scripted. We don’t get a happy ending, not always, and we don’t even get the sense of logic a good tragedy creates. We give that up when we choose to invest in sports rather than serials, in a team rather than a character. In exchange we get hope. Often weak, often despairing, but hope: hope that things will get better. Sooner it later it will, after all. It has to. Just wait.