Don't listen to the critics, get Bard out of the bullpen. 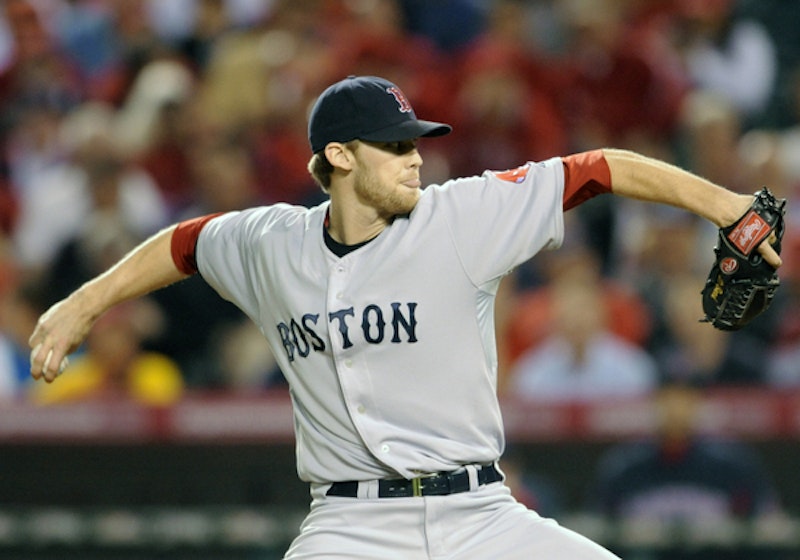 The right numbers tell you things about baseball that your eyes can’t. Sometimes numbers miss the mark, and by looking only at numbers, you can overlook vital information that would make a prediction or argument much stronger. However, the idea that a reliever is not as valuable as a starter is something that those who follow sabermetrics and those who don’t should be able to agree on.

After all, relievers are uniformly failed starting pitchers. Every major league reliever has at some point in his baseball career started. But that doesn’t go both ways, as good starting pitchers don’t get moved to the bullpen. Not ever (John Smoltz is the exception that proves the rule). Think about it for a second and the reason becomes fairly obvious. It isn’t about the value of the first or third inning over the ninth, or bunk about mental strength or intensity. It’s simply about quantity. A good starting pitcher will throw 200 or more innings whereas a reliever isn’t likely to break 80. The lack of innings severely limits the value a reliever can have. For a reliever to be as valuable as a starter, you have to believe that the eighth and ninth innings are always at least three times more valuable than every other inning. And that just isn’t the case.

Fan Graphs has a stat called fWAR (Wins Above Replacement; you can read more about it here). In a nutshell, they calculate the number of wins a player, any player, provides to their team over what a freely available AAA-quality fill-in would. To give you some context, last season Roy Halladay threw 233 innings of 2.35 ERA ball. That (with all the peripheral stats, the ballpark, the run environment, and a bunch of other things calculated in) equates to 8.2 fWAR, the highest of any pitcher in baseball.

To find the first reliever, you have to scroll down to 42nd on the list where Atlanta’s Craig Kimbrel accumulated 3.2. Why are the best relievers so far down the list? fWAR is a cumulative stat like RBIs or Hits. The more you play the more you get. Because relievers don’t “play” nearly as much as starters, they simply can’t be as valuable. In effect, their usage doesn’t allow them to be.

This is something that is recognized not only in the statistical community, but inside baseball as well. More teams have been converting relievers to starting and some with success. There are several recent examples. Texas’ Alexi Ogando started only three of 59 games in the minor leagues but the Rangers converted him last season. He started 29 games, did fine, and accumulated 3.6 fWAR. It doesn’t always work though. The Tigers tried to convert Phil Coke from relieving to starting but had to move Coke back to the bullpen mid-season. But, even by pitching well enough to lose his spot in the rotation, Coke threw 108 innings and was worth 2.0 fWAR on the season (both starting and relieving). That was more than he’d been worth over his three-year career to that point.

The most recent example is CJ Wilson, who just signed a five-year, $77 million contract with the Los Angeles Angels. Wilson had been a reliever with the Texas Rangers for parts of five seasons before the team converted him to the rotation. In 2010, his first year starting, he accumulated a very good 4.6 fWAR and last season he beat that with 5.9. Before starting, Wilson’s entire five-year career had been worth 3.3 fWAR. In one season as a starter he was more valuable to the Rangers than in his five seasons in relief.

Sure, part of that is because Wilson pitched very well as a starter and was only mediocre out of the bullpen, but it illustrates the point that relievers simply can’t provide the value that starters can.

And yet there are still some not sold on all this. For example, the Boston Red Sox have stated their intent to move set-up reliever Daniel Bard into the starting rotation next season. The idea has met with a surprising amount of resistance both in the media and the blogosphere.

There are two reasons people are against Bard starting. Some don't think he can be successful in the role. That’s the kind of thing best left to professional scouts who can judge his pitches and guess whether or not he has the kind of stuff to survive as a starter. But, as long as the team believes he can do it, unless you’re a pro scout, I don’t see any reason to question the idea.

The second reason is some people think removing Bard from his current role will cause a problem for the team. But, as stated above, if Bard is a marginally competent starter, he’ll be worth much more to the team than if he stays in the bullpen and is amazing. Last season Bard was worth 1.8 fWAR. If he pitches 150 innings as a starter he’ll likely double that value.

Sure, the Red Sox will have to replace the innings from the bullpen that Bard gave them, but it’s much easier to find a pitcher who can give you 73 innings (what Bard threw last season) than 150. Or 180. The money that healthy mediocre starting pitchers are getting on the free agent market is far more than most relievers pull down. The reason is of course that the market realizes the difference in value between the two roles.

There’s no guarantee Bard will do well in the role. He could be awful, but if he is, they can always send him back to the bullpen.