The “hero” chooses to be silenced by a big payout. 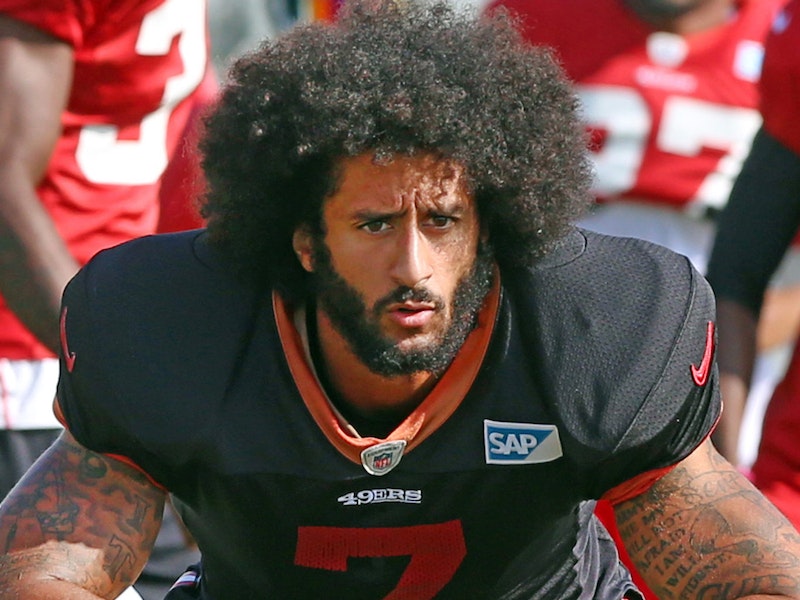 Everyone looking forward to the Colin Kaepernick versus the NFL trial over alleged collusion among team owners to freeze him out has to be disappointed now that the former San Francisco 49ers quarterback (along with former teammate Eric Reid) has settled for an amount reported to be at least $60 million. Upon hearing the news, LeBron James said, “I kneel with Kaepernick,” although the NBA doesn't allow that during the national anthem either, which all the basketball fans who’ve been screaming at the NFL during this controversy chose to conveniently forget.

This is a victory for “Kap,” but something's missing. It feels like a boxing match in which a fighter who had his opponent on the ropes suddenly loses his aggression, choosing to settle for the referees’ decision instead of a knockout. Kap knew the K.O. was his too—that's why the league offered the settlement.

Kaepernick's a mediocre quarterback who never learned to stay in the pocket and throw the ball, but he's still good enough to secure a backup position on an NFL team. Something hinky was obviously going on behind the scenes, and it would’ve been satisfying had incriminating emails between various front offices been made public, and if key witnesses had been put on the stand. The NFL has more dirty secrets than the Trump Administration.

Some of the disappointment in this outcome’s related to the fact that Kaepernick was supposed to be on a mission. He was the stand-up guy who was going to expose the racism in a league that blackballed him for kneeling in protest during the playing of the national anthem. The media’s compared Kaepernick to Rosa Parks and Muhammad Ali, but he felt no pressure to live up to their legacies. Kaepernick had a chance to make history, but took a pass.

Curt Flood was an athlete who did make history, although it came with a steep price tag. The St. Louis Cardinals center fielder was traded to the Philadelphia Phillies after the 1969 season, but he didn't want to play for an unremarkable team whose fans were known for racism. To gain free agency—the ability to play for the team of his choice—he had to defeat Major League Baseball's feudal reserve clause, which tied players to one team, a clear violation of the spirit of antitrust laws. Flood sued MLB and the case ultimately went to the Supreme Court in 1972, where he lost.

Flood never played in the majors again. His lawyer warned him of the consequences, but the baseball player asked him if his lawsuit would help other players. When told that it would, he said, “That's good enough for me.” And a few years later, the case paved its way for MLB’s free agency.

Kaepernick withers in comparison with Flood. Taking the NFL to trial and exposing its dirty laundry’s the way to make sure the NFL couldn't do the same thing to another player in the future. Kaepernick might’ve received an even bigger payout from a jury while simultaneously performing a great service for his fellow players. It's hard to imagine why a martyrdom-curious social crusader would suddenly become so timid.

Some now argue that Kaepernick was in it for the money all along, but that's too cynical. I see no reason to doubt the motivations of a black person who sincerely felt the police were mistreating black people. But he was in a perfect position to expose the NFL as a cesspool of corruption and then just walked away. The league's settling this case for such a sum tells me that front offices were talking to each other with the intention of ending an athlete's career. That's serious malfeasance that Kaepernick’s allowing to be swept under the rug. The NFL always seems to get its way.

You can take the position that Kaepernick came up short in the end, or you can be like LeBron James and lavish praise on him, talking about how he's set his grandchildren up for the rest of their lives. James is probably the world's most famous athlete who stands up for progressive causes, so it's puzzling that he thinks that choosing not to continue the fight with a trial’s a cause for celebration.

“And I hope that the word of what he did will live on throughout American history,” said James, “but also world history because it's important for all of us, not only African-Americans, but for everybody that wants to stand up for something that's more important than them.” Those words ring hollow when the person in question has just signed away his right to talk about NFL collusion ever again with an NDA. What is it that “he did,” other than file a lawsuit?

The NFL wanted to move beyond the kneeling controversy and allegations of collusion, and Colin Kaepernick went along by accepting a settlement. Let's stop the hoopla about the man and his heroic struggle. After all the drama, Kap took the money and ran.