Not much is going wrong for Chicago. 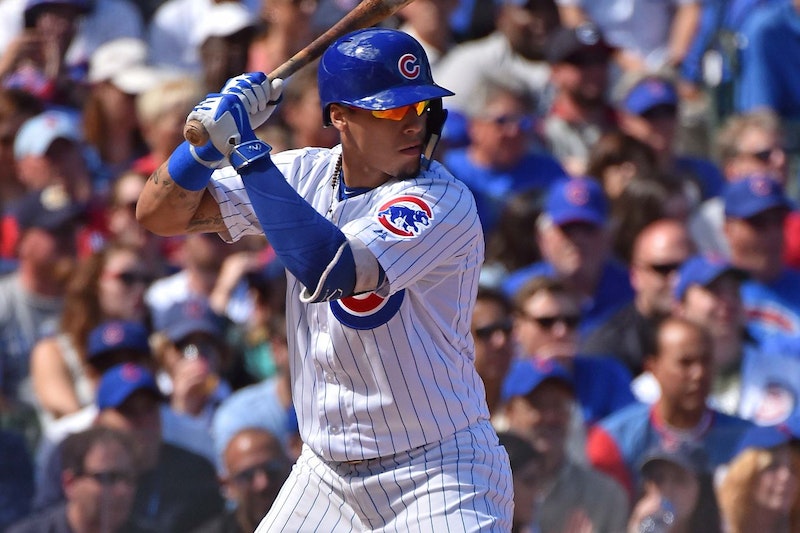 The Chicago Cubs have dominated baseball headlines and the National League Central so far this season. The Cubs have amassed a historic run differential of +93 through 26 games despite little production from free agent acquisitions Jason Heyward and John Lackey. Joe Maddon’s squad has yet to peak offensively and has relied on strong pitching, patience at the plate and a productive bench to become the best team in baseball.

Dexter Fowler’s return to Chicago pushed slugging young outfielders Jorge Soler and Kyle Schwarber into a platoon and left former first round pick Javy Baez looking for a role. Schwarber’s gruesome early April knee injury opened up at bats for Soler and Baez. It’s easy to forget that Baez is just 23. He ascended to the big leagues in 2013 after posting power numbers in the Cubs’ minor league system. Baez was betrayed by his lack of plate discipline in his brief Major League tryout. After whiffing 95 times in 213 at bats Baez fell behind Kris Bryant, Addison Russell, Soler and Schwarber in Chicago’s prospect hierarchy. Now Baez is a healthy, productive and versatile bench piece for Maddon. Baez has played every infield position and left field for Chicago this season. He has an OPS of .860 and has struck out just nine times in 41 at bats.

Soler has struggled as the Cubs left fielder, both offensively and defensively. If Soler starts hitting like he did in October, the team can stomach his fielding miscues. As of now the 24-year-old has a .569 OPS and negative defensive value. Soler’s struggles have caused Maddon to move reigning NL Rookie of the Year Bryant to left field with Baez at third base on occasion. Baez has been even better with the glove than with the bat. A permanent move to left field for Bryant with Baez taking over at third could soon become a reality.

The Cubs have also benefitted from contributions by spare outfielder Matt Szczur and reserve infielder Tommy La Stella. Szczur blasted two home runs and knocked in 10 in just 30 at-bats before he was placed on the disabled list earlier this week. La Stella, another versatile defender, has posted a .928 OPS in 41 at bats. La Stella would be a starter at second base for teams like the Angels, Brewers and Padres.

After hitting 15 home runs with a .345 OBP for Chicago last season catcher Miguel Montero battled a batting slump and bad back in April. Montero is currently on the disabled list while David Ross, Jake Arrieta’s personal catcher, gets the bulk of the playing time behind the plate. If Montero misses extended time the Cubs could promote top prospect Willson Contreras from Triple-A Iowa. The 23-year-old Contreras currently has a .448 OBP and more walks (13) than strikeouts (nine). Chicago’s depth has served them well in the season’s early going and the collection of young talent provides a hedge against the brutal days of summer.