Could the Red Sox Really Lose the World Series? 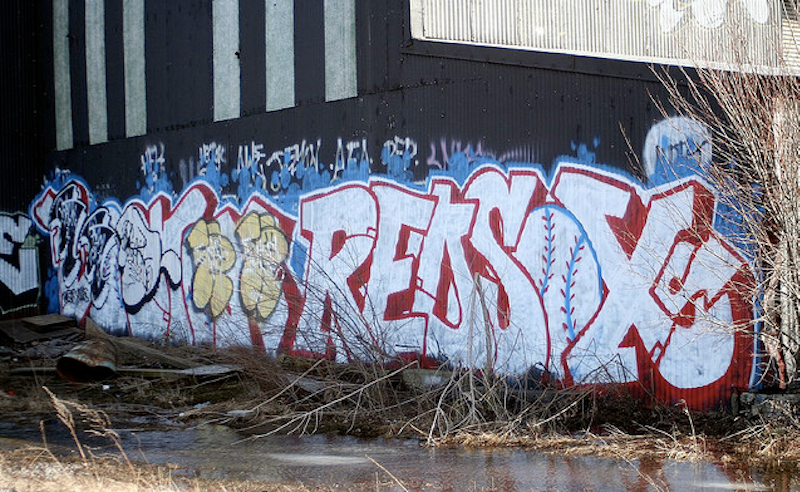 Reading the national press you’ve probably have gleaned two things about the 2011 baseball season. Spring Training has begun, and the match up for the 2011 World Series is set. It seems everyone whose job it is to make uniformed predictions, myself included, is picking the Red Sox to face the Phillies.

The rush to crown Philadelphia and Boston is almost funny if you step back and think about it. It only takes looking back a single season to see the futility of predicting World Series winning teams in February. I can’t find a single national baseball writer who tapped the Giants to win the National League pennant, let alone the Series. There are too many variables to know who is going to win with any type of real reliable accuracy. But we can figure out why a team might not win. Let's take a look at one of these World Series favorites and see if they’re really infallible.

The Red Sox are the darlings of Spring Training. Their team is stacked on paper. The offense is potent throughout the lineup, the bullpen is deep with redundancies, speed and youth fill up-the-middle positions, and the starting rotation has talent. So what could possibly go wrong?

First, there’s the question of health. Just last season the Sox lost over 1,050 man games to injury. They were forced to start AAA and independent league players in place of All-Stars. Their players broke bones in their feet most orthopedic surgeons hadn’t heard of, badly strained obscure back muscles, got mononucleosis, and crashed into each other. To add to the Three Stooges routine, the team’s medical staff then misdiagnosed some of the injuries. True, the vast majority of the injuries were of the freak variety, but that doesn’t mean they can’t reoccur this season. Flip a coin 10 times and no matter the results, the 11th flip will be a 50-50 proposition. The 2011 Red Sox may run into more bad luck: Dustin Pedroia could step into a bear trap, Kevin Youkilis’ beard may spring from his face and bite people. In a fit of mistaken contractual obligation, Adrian Beltre may bolt from the Texas dugout and run over unsuspecting new left fielder Carl Crawford. You never know.

The good news for the Red Sox is they have redundancies built in. Jed Lowrie can play just about anywhere in the infield and should be able to hit well enough to support it. Ryan Kalish and Josh Reddick can be recalled from AAA and should be able to approximate a major leaguer’s production if not an All-Star’s. The bullpen has essentially three closers and two others who have succeeded in the American League East in the past in Alfredo Aceves and Dan Wheeler.

The one place Boston could be susceptible to injuries is the starting rotation. After the top five, Felix Doubront, Tim Wakefield, and the previously mentioned Aceves are the fallback options. That’s not a murders row of backups and it isn’t hard to conceive that Josh Beckett, John Lackey or Daisuke Matsuzaka missing significant time at some point this year. It only takes moderately more imagination to conjure an image of a rotation without two or more of the three. As for Jon Lester and Clay Buchholz, they’re starting pitchers, so there is tremendous risk just based on that.

An equally likely potential season killer is simple under-performance. Maybe we are collectively expecting too much from the Red Sox. Maybe their additions this off-season have misdirected our attention from remaining and unaddressed holes in the roster. I don’t think that’s the case, but there are individual areas where the team could fall short of expectations. For example, starting center fielder Jacoby Ellsbury hit.192 in all of 18 games last season. Starting third baseman Kevin Youkilis might be rusty at the position. Adrian Gonzalez and Crawford will be adjusting to a new team and the spotlight that comes with being stars in baseball-crazed Boston. Individually each of these represents a potential point of under-performance. But collectively, all or even most are unlikely to happen.

As far as under performance worries go, the place to focus on is again the starting rotation. When healthy and motivated, Beckett can be a force, but will he be both this season? Lackey struggled in his transition to the team last season. He did get better as the season wore on so there were signs of hope, but he’ll be a year older and is coming off a down year. The time for him to be more than an innings eater may be over. If anyone can explain the enigma that is Matsuzaka, you’ve got a powerful Magic 8 Ball working.

The real place for worry is a third category, under-performance due to injuries, a situation that must keep General Manager Theo Epstein up at night. The recipient of a $68 million extension, Beckett spent last season alternating between getting crushed and the disabled list. Sure, he may have worked hard this off-season but at a certain point injuries take their toll on your body and it ceases to matter how many shuttle sprints you did in mid-January. Ellsbury and Pedroia effectively played half a season of baseball between them last year. Are they still the players the Red Sox need them to be? In Ellsbury’s case, he’s shown he has the tools to succeed, but the ability to use them properly has so far eluded him. Pedroia suffered an injury that derailed the careers of basketball players Yao Ming and Grant Hill. Baseball is a different sport, but the long-term repercussions of this type of injury on Pedroia aren’t known.

These are open questions that apply to every club in baseball. A few injuries here, some under-performance there, and a World Series contender goes down like a ship in the night. It could happen to anyone. It could happen in Boston (or Philly) in 2011 too. But probably not.