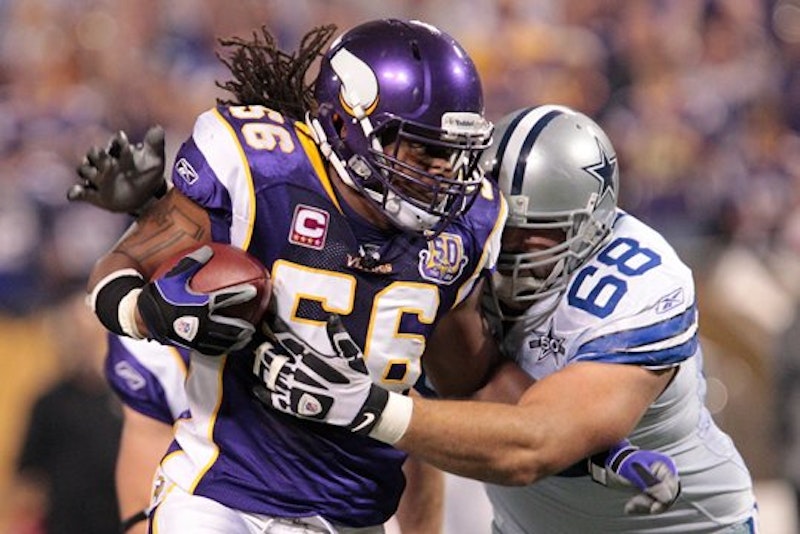 Closing the 2010 season the Green Bay Packers claimed their unrivaled 11th NFL championship and returned the Lombardi Trophy home to Titletown. It was an entertaining though bittersweet season for yours truly as my beloved Baltimore Ravens, and both of my fantasy teams came up short in the playoffs. However, any season that ends with the Pittsburgh Steelers and their fans crying in their mugs of Iron City can be deemed a success.

With the NFL's labor Armageddon looming just weeks away and pitchers and catchers reporting for Spring Training in a few days I thought I'd put together some final thoughts regarding the 2010 NFL season.

Post Season Awards: Generally, I couldn’t care less about post season awards but I think the voters made two huge blunders this year when they voted Michael Vick the Comeback Player of the Year and Bill Belichick as Coach of the Year. First, Vick wasn't making a comeback; that occurred in 2009. He played last year after missing two seasons due to his incarceration. He played sparingly in 2009, but was healthy for the entire season. He could have been voted the 2009 Comeback Player of the Year, but in 2010 the only thing he came back from was a season holding a clipboard and collecting splinters in his backside. The award should have gone to the Vikings’ EJ Henderson.

As for Belichick, the voters just got lazy. Belichick certainly did a fantastic job this season, as he does every year, but he wasn't more deserving than guys like Mike Tomlin or Todd Haley. If I had a vote it would have gone to Tomlin. As much as I despise anything associated with the black and yellow of the Steelers Tomlin was superb in holding his team together through Big Ben's suspension and making it to the Super Bowl with a patchwork offensive line.

Carson Palmer: The Cincinnati Bengals are the NFL's version of the Los Angeles Clippers. The Bungles can't get out of their own way and even when it looks like they've turned a corner—10-6 in 2009—they go out and screw it up by bringing in guys like T.O. And Pac-Man Jones. Now Carson Palmer has said he wants out of Cincinnati or he'll retire. The Bengals should accommodate Palmer's request. They're going nowhere with Palmer as QB, as he's regressing before our eyes. The Bengals reportedly turned down a Redskins offer of two #1 picks for Chad Johnson a few years back. That was a typical Bengals move. If Cincy can get a third round pick for Palmer they should do it. They can use their first round pick this year on a QB like Cam Newton or Blaine Gabbert and move on. Palmer certainly doesn't have the value he had a few years back but he'd represent an upgrade for the 49ers, Vikings, Titans or Cardinals.

Ravens: The Ravens should let FB Le'ron McClain depart as a free agent and bring in a legitimate blocking fullback. McClain got a little too big for his britches in 2008 when injuries forced him to play running back. He moved to fullback in 2009 and has been complaining about not getting enough carries for the past two years. When he does get the ball he has trouble converting short yardage situations. With Ray Rice as an every down back the Ravens should run more three and four receiving sets to spread out opposing defenses. Nearly every rule change the NFL has made over the past decade has been to aid the passing game and drive up scores. Three yards and a cloud of dust is no longer a recipe for sustained success. The Ravens need to air it out in 2011 and McClain doesn't fit in that equation. A legit blocking fullback would help Rice and Willis McGahee convert short yardage situations into first downs without bitching and moaning about getting more touches.