Cancer of the Ball 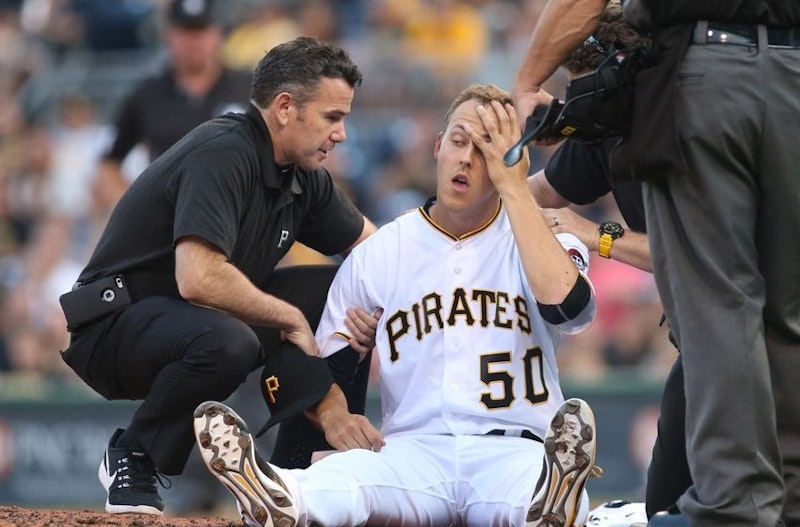 San Francisco Giants fans are probably the most vocal panic-ridden lot at this point of the baseball season, but submitted for your approval the Pittsburgh Pirates who are the National League Central version of the Charles Dickens novel Bleak House. Literary insiders indicate Bleak House might be Dickens’ best underdog novel. It contains a controversial death scene involving a boozy rag-and-bottle man named Krook who spontaneously combusts inside his horrid shop. It’s as long as the baseball season and features an endless and befuddling court case in a fogbound city. It has gnarled family trees and twists and turns and hundreds of characters whom Dickens himself had probably encountered wandering nighttime London. The dual narrators represent manager and pitching coach, the persistent bad weather sums up the angst of rain-delayed ballgames. The Victorian corruption depicted by Dickens also mirrors MLB league executives cherry-picking minuscule rules changes aimed at shortening the game by mere seconds. Having done that, the muckalucks comb their sideburns, adjust their high collars, and then depart to join High Commissioner Manfred for a bawdy lunch of mutton and ale and perhaps some wenching at a Park Ave. tavern.

So who would know the fate befalling 25-year-old stud righthander Jameson Taillon who walked off the mound with upper leg discomfort after a bad start against the Reds on May 3? The organization eventually placed him on the 10-day disabled list with a groin injury. Well, that tinge of pain turned out to be testicular cancer. That’s the type of season it has been for these Buccos and we haven’t yet reached Mother’s Day.

The first inexplicable setback was Korean slugger Jung-Ho Kang detained in his native country after a DUI conviction in the offseason. It was captured on a car-camera of some kind and involved minimal property damage after a misguided turn on the streets of Seoul where he took out a series of parking pylons at high speed. Kang made this one worse by leaving the scene, which was an additional charge in what was his third DUI conviction, something the Pirates front office said they knew nothing about. Incredible how players are vetted on the field as to the velocity of the ball off their bat, the dirt displacement percentage of their cleats on the ground, the arc swing of their earlobes during foul balls, etc., yet somehow no one in the scouting or personnel department did the most basic of Internet background checks to discover their foreign star had a penchant for boozy driving. Amazing oversight! So Kang’s appeal has been delayed as has his visa so he’s sitting around in South Korea while his Pirates uniform gets dusty and the team wallows in a Sargasso Sea of low-scoring games.

Flash forward to Gold Glove outfielder Starling Marte, just a few days after his participation in the annoying World Baseball Classic in March. That’s when he tested positive for Performance Enhancing Drugs in this era of testing, testing and more testing. He was issued an 80-game suspension. He’s never been the sharpest tool in the shed as yet another selfish act costs the Pirates 100 or so more rbis that won’t happen this summer. Someone forgot to tell Marte PEDs don’t help you remember how many outs there are when you’re playing the field or running the bases. Marte’s absence meant the Bucs had to improvise an outfield with players out-of-position like John Jaso or rookie Jose Osuna. Former MVP Andrew McCutchen was so shamed for one bad season that the Bucs front office moved him to right field so Marte could shine in center. Meanwhile, Gregory Polanco was reassigned to left field where he staggered around like a Dominican golem with a granite clove. Polanco and McCutchen apparently know it’s not wise to go shopping at GNC while at the mall. Since Marte’s ouster, Cutch has retaken his place in center and Polanco has been rightfully returned to Roberto Clemente’s old stomping ground in right.

Meanwhile, early run-producers like Adam Frazier and David Freese had dueling hamstring injuries that had them playing cards on the DL by the end of a horrific April. Then you throw in the Taillon diagnosis and you have a triptych of horror that makes the Giants woes seem like small garlicky potatoes. Even ex-Pirates were feeling the negative vibes with Mark Melancon going on the DL for the Giants and stalwart backstop Russell Martin suddenly hurt in Toronto. The Pirates have rolled out so many rookies making debuts that every other baseball put in play has to be thrown into the dugout for preservation and official authentication and all that. Meanwhile, the rest of the NL Central has been playing crappy baseball and the Bucs have rarely been beyond three games out of first place.

There has been the odd nosegay along the wretched path of the early 2017 season. Down several runs to the Marlins, Josh Harrison gives up a plate appearance so a Class A catcher called up in an emergency fill-in could get an at-bat and therefore Major League service time and therefore health benefits and a pension for the rest of his life. And there was the international press descending on South African baseball pioneer Gift Ngoepe, whose arrival in MLB was stalled last year by a Toledo barfight which has been left out of most of the feature stories telling his amazing tale.

It is, as they say, early. And the NL Central is certainly a .500 baseball muddle of the first order. The only conclusion, then, aside from wishing Mr. Taillon a speedy recovery from the harsh cards he’s been dealt, is to see this season through the prism of a passage from Bleak House, page 619. It involves Lady Dedlock, the mother of the narrator Esther and a sufferer of past romantic scandals. She’s observed by Mr. Tulkinghorn, a pervy lawyer who’s eventually murdered and thus weaves a detective story into the rich narrative:

For a little while they are silent. Lady Dedlock has eaten no dinner, but has twice or thrice poured out water with a steady hand and drunk it. She rises from the table, takes a lounging-chair, and reclines in it, shading her face. There is nothing in her manner to express weakness or excite compassion. It is thoughtful, gloomy, concentrated. "This woman," thinks Mr. Tulkinghorn, standing on the hearth again a dark object closing up her view, "is a study."