Can the Orioles Rekindle the Magic?

Baltimore needs some 2012 alchemy to reach the playoffs. 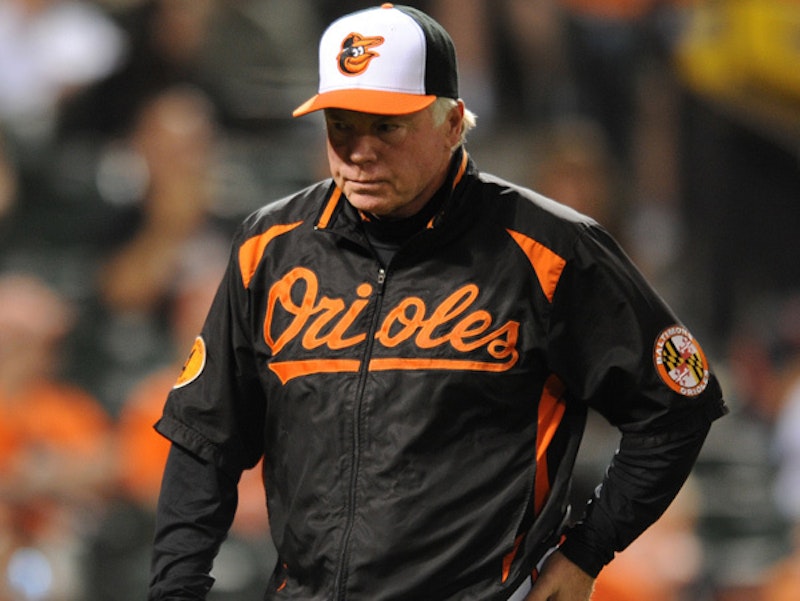 The 2013 Baltimore Orioles are a good baseball team. The O’s are in the thick of the AL Wild Card race, have several young All Stars, an emerging ace, and a capable and respected GM/Manager duo in Dan Duquette and Buck Showalter. That’s the good news. The bad news is that this Orioles team hasn’t enjoyed the same kind of “Orioles Magic”/late inning success/luck as the 2012 edition. Baltimore fans are having some trouble handling it. I can’t blame them.

Locals bristled last season whenever the team’s unexpected success was labeled a fluke and deemed unsustainable. They wanted to believe that the Orioles were a good team with a legit chance to win the World Series and not some Little Engine That Could propped up by an unprecedented run of fortune. The results of Baltimore’s 2013 season have proven both the fans and critics right.

The O’s currently sit just 1.5 games back of the Texas Rangers for the second AL Wild Card despite a dismal 16-26 record in one-run games. (That part sure was unsustainable.) The Orioles will host the Yankees tonight in the finale of a four-game series with a chance to pull ahead of New York in the standings. It seems like a good position to be in with just a few weeks left in the season, but ask most Orioles fans and they’ll tell you to put a fork in the Birds.

I get it. Fifteen years of losing plays tricks on the psyche. People are ready to jump ship at the first sign of trouble, or the start of football season. Showalter’s exasperating decision-making of the past few weeks (Zach Britton! Seriously?), the team’s inability to get a hit with runners in scoring position, and the faltering of a bullpen that was untouchable last season have clouded just how far the Orioles have come. The Orioles are fairly solid but haven’t been propped up by last year’s 29-9 record in one-run games.

The most infuriating thing for most O’s fans is that it’s the Yankees that have been the beneficiaries of incredible luck this season. Baltimore’s magical 2012 season was earned after years of watching terrible baseball. The 2013 Yankees fielded an AAA lineup before the All Star break and have a negative run differential on the season. The Yankees stink and shouldn’t be a playoff contender and are probably going to make it in anyway. Yanks fans haven’t suffered through unwatchable baseball for a decade and a half and we hate them for it.

Showalter has drawn criticism for some of his recent strategy. Starting Zach Britton against the Cleveland Indians last week was a particularly curious one given that Britton wasn’t good enough to start games in July, prompting the trade for Scott Feldman. Showalter’s decision to leave Kevin Gausman in to face the heart of the Yankees’ order in the eighth inning of a one-run game on Tuesday was another head-scratcher. Gausman was shipped back to the minors in July and the Orioles traded for Francisco Rodriguez to presumably pitch in the exact same situation that the Orioles faced on Tuesday. Showalter stuck with Gausman, who promptly gave up three runs, and the lead, without recording an out. Showalter’s continued insistence on starting Brian Roberts and Ryan Flaherty in the same lineup is another source of fan frustration.

The Orioles are running out of time. After exhibiting a Midas touch in personnel matters and in-game decisions in 2012 Showalter and Duquette have had the touch of Edward Scissorhands this season. The O’s have squandered most of the opportunities presented to them over the past several weeks. They now have three weeks left to prove that they are two games better than the Rangers, Rays, Indians, and Yankees.