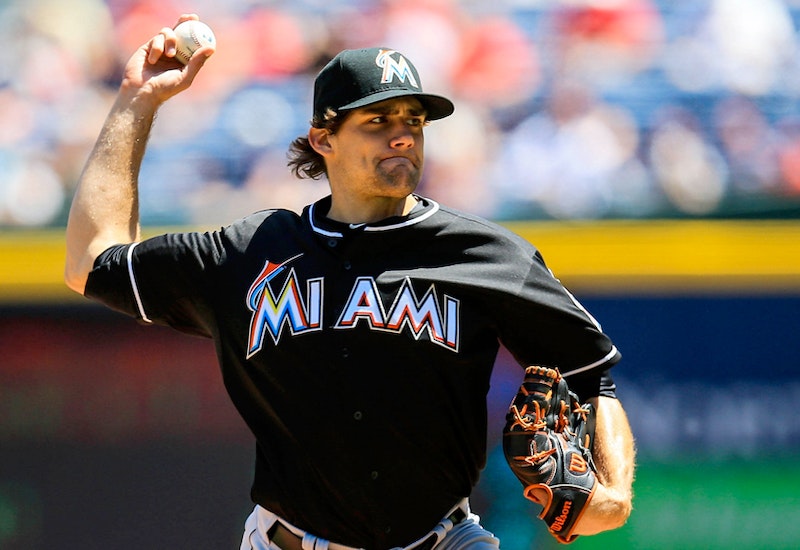 The transition from the National League to the American League for pitchers is often treacherous. While Max Scherzer will take his overpowering arsenal to the Nationals, several hurlers will be making a more troublesome league adjustment. The wide open American League race features several contenders that will rely on former National Leaguers getting their first extended look at junior circuit batters.

Red Sox: Boston’s letdown from the 2013 World Series win was fueled by injuries, bad pitching and lackluster production from young position players. Sox GM Ben Cherington went on the offensive this winter spending big money for Hanley Ramirez and Pablo Sandoval. If you include the $72 million contract given to Rusney Castillo late last summer Boston has spent more than $250 million on batters in less than half a season. Cherington’s new offense will be augmented by a rotation that includes newcomers Wade Miley, Rick Porcello, Justin Masterson and Joe Kelly. Porcello, coming off a breakout 2014 season, will team with bounceback candidates Masterson and Clay Buchholz to provide some AL experience. Miley, acquired from Arizona in exchange for a trio of youngsters, and Joe Kelly will be experiencing their first full season in the American League.

Kelly started 10 games for Boston after being acquired for John Lackey last July. He posted a below average results with a 4.62 FIP and OPS+ of 94. While his Boston results weren’t pretty, they did represent an improvement over Kelly’s time with St. Louis where he posted an OPS+ of just 85 to go along with a 1.46 WHIP. Kelly will likely be counted on to hold down the fifth spot in Boston’s rotation, or serve as a swingman. Miley has steadily regressed since his 2012 rookie season when he won 16 games, posted an ERA+ of 122, and made the National League All Star team. Miley’s ERA+ dropped to 109 the following season and tumbled again to just 86 in 2014. His ERA rose from 3.33 to 3.55 to 4.34 in that time. Miley did set a career high in strikeout rate in 2014 and has induced more than 50 percent of batters to hit the ball on the ground over the past two seasons. The Red Sox will be hoping that Miley’s groundball tendency and strikeout rate play well against the stout American League East lineups he’ll be facing.

Tigers: Detroit shipped Porcello to Boston in return for Yoenis Cespedes. The Cespedes deal filled the Tigers’ hole in right field but created an opening in the starting rotation. With Scherzer gone and Drew Smyly in Tampa the Tigers traded for the Reds’ Alfredo Simon. Simon pitched to a 5.18 ERA in 78 games (19 starts) for the Orioles in his first American League experience. The big right-hander blossomed after a deal to Cincinnati, posting solid seasons as a reliever in 2012 and 2013. The Reds moved Simon to the rotation in 2014 and were rewarded with 15 wins and a 3.44 ERA over 32 starts. Simon was durable and probably a bit lucky. Batters hit just .265 on balls in play against Simon last season, a career low. That number figures to adjust upward in 2015 and having Miguel Cabrera at third base won’t help. Simon’s 5.8 strikeouts per inning last season were also a career low and probably not a good harbinger.

Yankees: A-Rod will be stealing headlines in Yankees’ camp this spring, which is lucky for the club’s tattered rotation. C.C. Sabathia is so concerned about his rickety knees that he showed up to camp weighing over 300 pounds. Tanaka says he’s healthy but that elbow could go at any time. With Hiroki Kuroda back in Japan the Yanks turned to a pair of National Leaguers, Nathan Eovaldi and Chris Capuano, to shore up the rotation. Capuano did pitch in the AL last season, including 12 starts for New York, but the 36-year-old lefty has spent the majority of his career in the NL. Capuano’s been a below average pitcher over the past two seasons, ERA+ of 84 and 89 respectively, and figures to continue that trend in 2015.

The 25-year-old Eovaldi offers some hope for New York. He was acquired from the Marlins after a lackluster 2014 campaign that saw his ERA balloon almost a full run to 4.37 and yield a league leading 223 hits. Still, Eovaldi started 33 games, logged just shy of 200 innings, and nearly cut his walk rate in half. Eovaldi was dogged by bad luck last season (.323 BABIP against) and does a great job of keeping the ball in the park (just 33 homers allowed in 460 career innings). The Yankees are hoping that buying low on the right-hander with upside will provide Tanaka with a stable running mate.

Royals: The Royals rode a dominant bullpen and good fortune to the World Series last season. The team will look different in 2015 with stars like James Shields and Billy Butler in new uniforms. Kansas City inked Edinson Volquez, coming off a career year in Pittsburgh, to a two-year contract to plug the hole left by Shields. Volquez posted an ERA+ below league average for five consecutive years before last season’s resurgence. His 2014 performance was fueled in large part by good fortune (.263 BABIP against) and improved control (career low 3.3 walks per nine innings). The Royals are banking that Volquez’s experience and new-found command make him a worthwhile addition. Most projection systems predict a substantial BABIP increase and a subsequent rise in ERA in the righty’s first extended tour of the American League.