NL West Is a Shoot-Out Between Giants and Dodgers

Keep track of the games they play against each other. 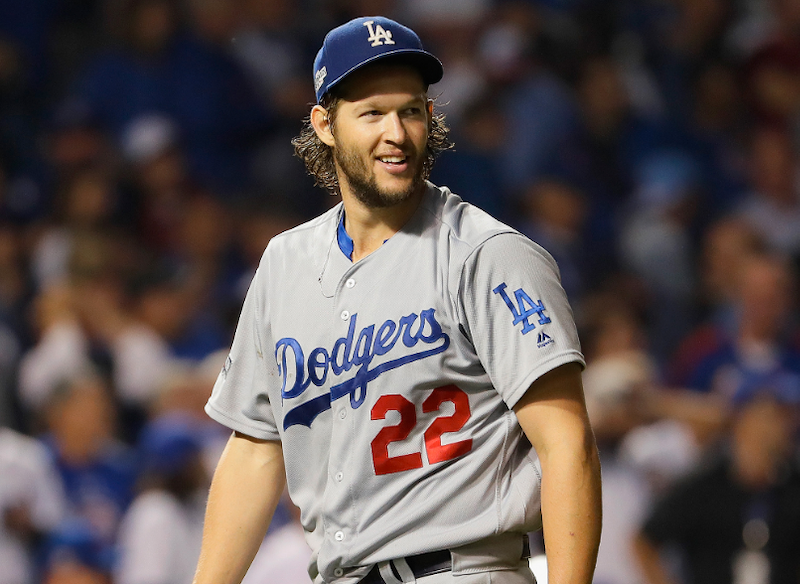 San Francisco Giants: The torture of 2016, the first even year the Giants did not win the World Series since 2008, was reminiscent of a low-budget Roger Corman horror film. The bullpen blew 32 saves as part of their collapse in the second half of the season. Nagging injuries and lack of confidence in the bullpen seemed to quell an offense that started the season hot and eventually limped into the postseason after having the best record in baseball at the All-Star break. The bullpen collapse led to the Giants letting Sergio Romo and Santiago Casilla go and signing eight-year veteran Mark Melancon to take on the closer role in 2017. Entering spring training things were looking up until lefty setup man Will Smith went down with an injury that’ll require season-ending surgery.

The Giants’ strength is that they have one of the top rotations in baseball with Madison Bumgarner and Johnny Cueto as their top two. The question is with the fifth spot: Matt Cain. At some point his season will either go south or he’ll face yet another injury. When will the Giants pull Cain as their fifth starter and give pitching prospects Ty Blach or Tyler Beede a spot in the rotation? The rotation will need the support of a lineup led by Buster Posey, Hunter Pence, and Brandon Belt. Posey and Belt both have the potential to have MVP seasons which will give the Giants their best chance of ending the Dodgers’ four-year streak of owning the NL West. Whether it’s the Giants or the Dodgers winning the West, it will be a division won by a handful of games.

Los Angeles Dodgers: Maybe not winning the division will be good for LA. With all the success the Dodgers have had in the regular season the past four years, they have no World Series championships to show for it. Obviously, the Dodgers have the best pitcher in baseball with Clayton Kershaw, who’ll continue to dominate this year. But there are questions regarding the rotation beyond their ace. Rich Hill could continue to pitch like he has since reemerging as a starter with the Red Sox in 2015, but he’s turning 37 and was limited last year due to a blister. If healthy, he could excel. Outside of their top two pitchers is a lot of depth that can be used to put together a very good rotation. Julio Urias is their top pitching prospect who has a high ceiling and has been optioned for AAA. The team will be careful with him, but if he progresses as many think he will, he could provide ace-caliber stuff as a number two or three starter.

The Dodgers’ lineup is a balance of young and old with Corey Seager leading a group of young players all under 26 and only getting better. On the other side is a solid group of veteran players led by Chase Utley and Adrian Gonzalez. Like Hill, age takes a toll, so there’s no guarantee that these veterans will produce consistently. In the end, watch the regular season series between the Dodgers and Giants. These games will determine who wins the west this year.

Colorado Rockies: Bud Black joins the Rockies for 2017 and looks to bring his new club into contention in the NL West. Expect Black’s name to come up in NL Manager of the Year conversations throughout the season. They have a young, but sneaky good rotation. Not one of their projected starters is over the age of 27 with more than five years of experience in the majors. They also have a new, but pricey, bullpen, rebuilt by signing Greg Holland from the Royals and left-hander Mike Dunn. Young right-handed reliever Adam Ottavino started last season on the DL, but eventually worked his way back. Ottavino has a lot of potential and with Holland taking over the closer role, plenty of pressure has been lifted to allow him to thrive.

The Rockies’ lineup has one of the best hitters in baseball with Nolan Arenado. He’ll play 81 games at Coors Field and will thrive with the altitude. Arenado could have the numbers by October to take the NL MVP crown from Kris Bryant. To do so, he’ll have to lead what could be a very fun and emerging offense. The biggest question surrounding the Rockies is their pitching.

Arizona Diamondbacks: After a year of high expectations turned sour, the Diamondbacks look to turn the corner and try again. This time with a new GM and manager, Mike Hazen and Torey Lovullo, respectively. Both take a more analytical approach than their predecessors and the Diamondbacks are hoping that will translate to greater success. AJ Pollock’s return from injury will be a defensive boost in their outfield. The Diamondbacks were one of the worst teams in defensive efficiency last year, so there’s plenty of room for growth. Yasmany Tomas and David Peralta, both defensive liabilities, join Pollock in the outfield, but their bats are what they bring to the table. Even with Tomas and Peralta joining Paul Goldschmidt, who is still in his prime, at the heart of the lineup, there just isn’t enough there for this team to compete this season. Zack Greinke and Shelby Miller, both of whom are coming off lackluster seasons, return to the Diamondbacks rotation. Add Taijuan Walker, who was acquired in a trade with Seattle, and there’s some potential in this rotation. There is upside and risk, which means this team’s pitching could go either way. Overall, the Diamondbacks won’t be as competitive as they’d like playing in this division, but they are trending in the right direction.

San Diego Padres: With the Chargers bolting for LA, the Padres are officially the only game in town in San Diego. Too bad there won’t be much for residents to enjoy this year, but there are still some exciting reasons for Padres fans to head to Petco Park. Wil Myers, Austin Hedges, and Hunter Renfroe will be the young players to watch. Myers has had plenty of early success, especially last year. Renfroe only played in 11 games last year, but what everyone saw has already made him a leading candidate for Rookie of the Year before the season even starts. The Padres’ rotation is uninspiring. The one bright spot among pitchers is in their bullpen, though the Padres will have to wait as Carter Capps, who’ll eventually take over the closer role, begins the season on the DL after Tommy John surgery. Outside of Capps, their bullpen stinks. The team won’t be in contention, but give them time. They’ll be equally fun and painful to watch as this team continues its growing process looking to the horizon for what could be a very bright future for San Diego.