Massachusetts is the only state in the country where boys can play high school field hockey. 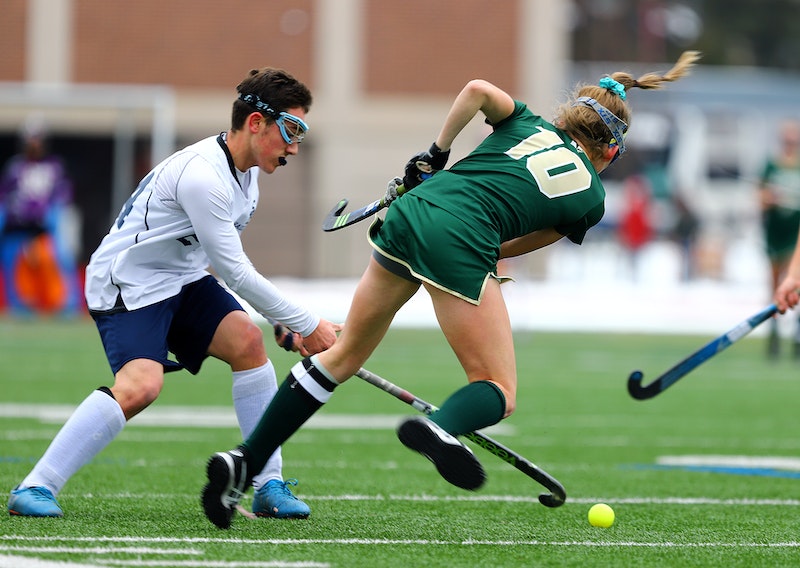 Massachusetts is generally the only state in the country where, by law, boys who identify as boys can play high school field hockey. The issue has generated controversy over the years and some interesting situations. Sometimes, the boys dominate. Other times, they don’t.

In 2017, the team wasn’t as good but made it to the Division 1 South finals. However, even The Boston Globe took notice of the controversy that year. Crook was a valuable part of the team’s offense that season. While this team sticks out, there have been hundreds of cases of boys playing with girls in Massachusetts this century. Usually, about 40 boys play high school girls’ field hockey in the Commonwealth each year with varying levels of success.

Sometimes, there are good players. Owen DeMars, who recently graduated from Westford Academy, earned league All-Star honors. Yet, some boys who competed at Westford Academy were sub-varsity players. In the fall 2020 season, five boys competed in the Westford program. Three of the five were junior varsity players—including kids who played high school football (football was a March/April sport during the Massachusetts 2020-2021 school year). And when I was in high school, Dennis-Yarmouth had a sharp goaltender who happened to be a boy. With 6-foot-3 Max Allen in net, D-Y made it to the state semifinal game in 2014.

But even having a lot of boys play varsity doesn’t mean a team is going to be the best in the state. Malden High appeared to have five boys on its team last year and went 7-1-7. So while biologically, boys have athletic advantages over girls, that doesn’t guarantee they’ll have the best team in the state. Although Pennsylvania banned boys from playing field hockey last decade, it doesn’t look like this will change in Massachusetts any time soon. The state lets boys play on girls' teams due to the 1979 Massachusetts Supreme Judicial Court case Attorney General v. Massachusetts Interscholastic Athletic Association. The court ruled that the Massachusetts Interscholastic Athletic Association’s policy of the time stating “No boy may play on a girls’ team” was unlawful. The court said it violated the Equal Rights Amendment of the Massachusetts Constitution.

The Equal Rights Amendment of the Massachusetts Constitution was passed 60-40 percent in 1976. “All people are born free and equal and have certain natural, essential and unalienable rights; among which may be reckoned the right of enjoying and defending their lives and liberties; that of acquiring, possessing and protecting property; in fine, that of seeking and obtaining their safety and happiness,” the amendment says. “Equality under the law shall not be denied or abridged because of sex, race, color, creed or national origin.”

So when there isn’t a team available for someone to play on with people of their own gender, they can compete against the other gender. As a result, Massachusetts sees girls play football, boys’ hockey, baseball and wrestle while boys play field hockey, girls’ volleyball, girls’ soccer, and even cheerlead.