A more difficult schedule could derail the season. 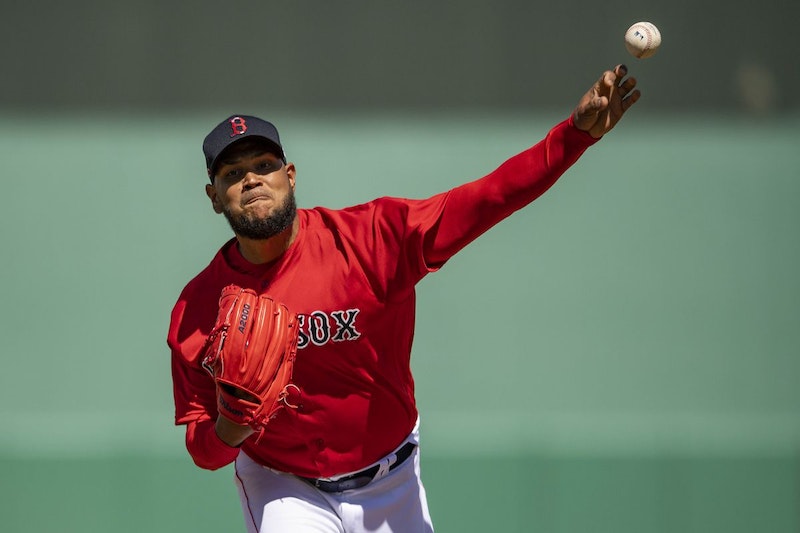 The Boston Red Sox are doing well this season and while I want to believe this will be a great year, I’m not on board yet. Through 50 games, the team is 30-20. That’s a .600 winning percentage that puts them on pace to win around 97 games. Even in a tough American League East division that features the reigning American League champion Tampa Bay Rays as well as the New York Yankees, the Sox could maybe win the division with a record that good. But they probably won’t keep up this level of success.

Here’s why. Strength of schedule as the season progresses is an issue. In the final full week of May, their competition was the Atlanta Braves and the Miami Marlins, coming out of a relatively weak National League East division. They ranked 14th and 17th respectively in ESPN’s power rankings. That's not bad but if we look closely at their schedule, it gets much harder. The Red Sox played the Baltimore Orioles 10 times in their first 50 games, for example. The Orioles were 17-32 through 49 games played.

Meanwhile, in those same 50 games, the Red Sox played the Rays three times and none against the Yankees. They still have to face the Yankees 19 times: six times in June, eight times in July, twice in August, and three times in September. They also have to play the Rays 16 more times. That's 35 games against teams that are hovering around first place in the American League East standings. Through 50 games, the strength of schedule for the Red Sox ranked 25th among 30 big league teams while the Rays ranked sixth and the Yankees ranked 16th, according to TeamRankings.com. As they play harder teams, the Red Sox probably won’t win 60 percent of their games.

On-the-field production is another question for this team. They still have holes in their lineup and starting pitchers with track records that indicate they won’t keep up the solid performances they’ve had thus far. Left fielder Franchy Cordero has been a disaster this season, hitting below .200 with just one home run in 34 games. His poor production isn't all that surprising. He has been in the big leagues for parts of seasons since 2017 and yet, he never took on a full-time role. He came into the season with fewer than 100 big league games played. He was optioned to the minors on Thursday. Top prospect Jarren Duran could do better, and I hope management gives him a shot soon.

Right fielder Hunter Renfroe isn’t an asset either. He has some power (five home runs through 39 games played) but doesn't get on base much and is a career .227 hitter. He also strikes out a lot. First baseman Bobby Dalbec has one of the lowest WARs (wins above replacement) in the big leagues this season. He has played poor defense at first base and had 50 strikeouts through 40 games to go along with a .203 batting average, .259 on-base percentage, and five home runs. If one-third of a team’s lineup is detrimental, that’s an obstacle. Thankfully, the starting pitching rotation is competent so far. However, the production doesn’t seem sustainable. Guys like Nathan Eovaldi and Eduardo Rodriguez only have one big league season where they made at least 30 starts, so injuries are a concern. That’s especially the case when the team has little starting pitching depth and we don’t know how Tanner Houck would do if called upon—or who is competent other than him in Triple-A.

Martin Perez, Garrett Richards, and Nick Pivetta all had ERAs under 4.00 through 50 games. They’re not dependable either. Perez faded toward the end of last season despite only making 12 starts and between 2018 and 2019, he had a 5.49 ERA in 54 outings (44 starts). Pivetta has a career ERA over 5.00 in more than 100 big league games and Richards hasn’t made at least 20 starts in a season since 2015. I hope these pitchers keep overperforming and the Red Sox make the proper moves to improve some of their roster weaknesses.