Does it make sense for the Red Sox to pursue a starting pitcher in July? 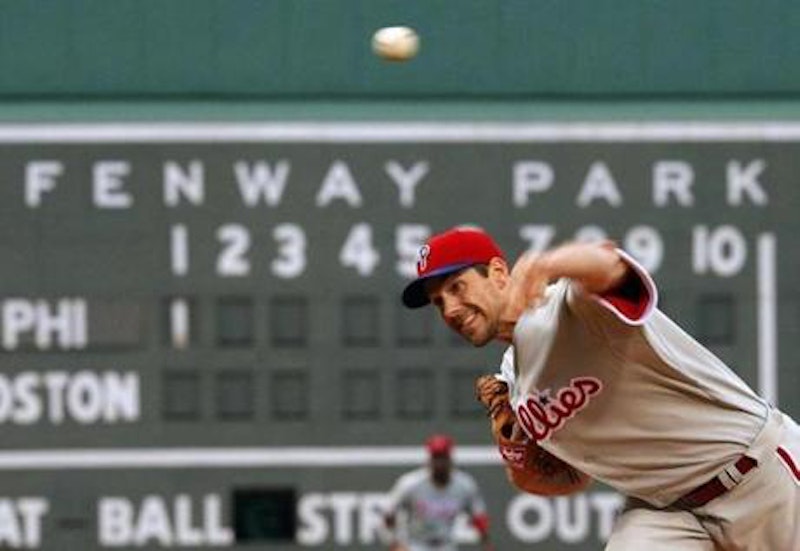 The Red Sox currently have a major league rotation loaded with pitching talent, both young and old, and the upper minor league system is stacked with plus arms, so it makes little sense for Boston to trade for a starter this upcoming trade deadline. Nevertheless, GM Ben Cherington could point to the fact that Clay Buchholz is a constant injury risk, Jon Lester’s been in decline since 2010, and Ryan Dempster has performed below expectations because of his surprisingly high walk rate. The main reason why dealing for a starter may be unwise is because of the rotation spot that Cherington would have to vacate, either immediately or once Buchholz returns from another extended stay on the DL. Down the stretch, would Scott Feldman be better than John Lackey or Dempster? That’s why, if Cherington is set on acquiring a starter—and maybe he’s not—the only pitcher worth targeting is an ace. Realistically, that puts only four players who could potentially be on the market: Cliff Lee, Hisashi Iwakuma, Yovani Gallardo, and Matt Garza.

I only include Garza on this list because of his name. In many ways, as a trade target, Garza is unappealing: even ignoring his contract status—he’s a free agent at the end of the season and the Sox wouldn’t receive any compensation if he leaves for another team, thanks to the restrictive new CBA—Cherington needs to consider if Garza ever really performed on an elite or near-elite level. His best season, according to Fangraphs, came in 2011, when, new to the National League, he posted 4.8 fWAR. The only other time he came close to that number was in 2008, when he was worth 3.2 fWAR. And although he pitched in the AL East for three years, moving back to baseball’s toughest division would require an adjustment.

Gallardo is another de facto ace who isn’t doing that well. Of late, the Brewers’ hurler has improved his trade stock with a handful of good starts, but he’s still inconsistent. Gallardo’s career has been marked by frustration because of the immense talent that he often flashes but rarely fully taps into. The most attractive part of Gallardo is his contract status. He’s affordably controllable through 2015, so many teams will pursue him. The Brewers’ asking price will be high. As of now, though, Gallardo doesn’t represent a huge upgrade over any Boston starters, which is the main reason why Cherington shouldn’t gut the farm system for him.

Iwakuma is the most surprising name on this list, but that doesn’t mean he’s not deserving. The Japanese import has kept up with his Mariners’ mate Felix Hernandez, posting a 2.06 ERA, to go along with an 8.06 K/9 and 1.52 BB/9 over 100.1 innings. His two-year/$14 million contract with an option for 2015 is starting to look like the biggest bargain of the offseason, proving, to an extent, that out-of-favor Mariners GM Jack Zduriencik knows what he’s doing. Will Jackie Z trade his newly signed ace so soon? The industry opinion is no, and if he did, it would only be for a disproportionally huge package of prospects.

And then there’s the real prize: Cliff Lee. The Red Sox are one of the few teams that can afford the lefty, but that doesn’t make it any more likely that they’ll acquire him. If Lee is traded, it’ll be on terms dictated by the Phillies and Lee. Philadelphia GM Ruben Amaro is always wary of trading away major leaguers; he much prefers to deal top prospects. If Amaro does relent, however, he will, almost surely, require the receiving team to take on the remainder of Lee’s contract and surrender an enviable minor league package. Lee, who has every big market team on his no-trade list, will likely demand that his new team pick up his $27.5 million 2016 vesting option immediately. Is it worth it? My gut feeling is no, because, regardless how good Lee is, it’s always unwise to trade prospects for a $90+ million 34-year-old veteran. I’ve no idea what’ll happen, but Cherington ought to stand pat.