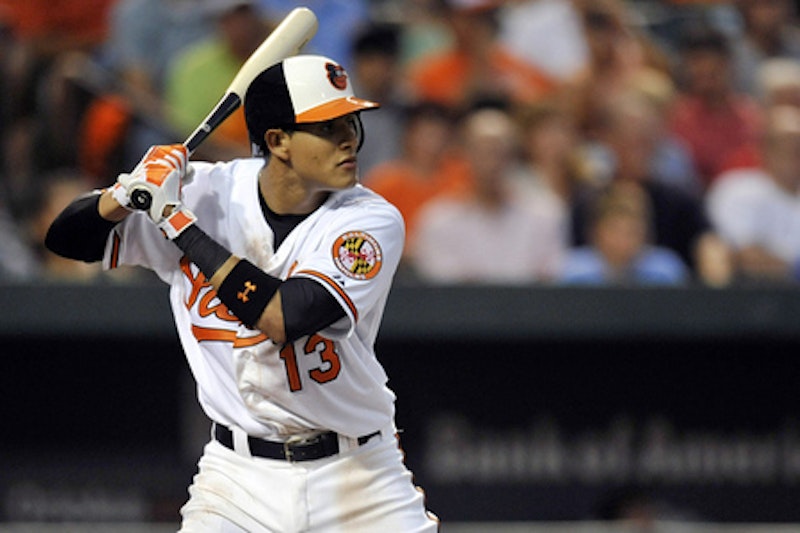 The Los Angeles Dodgers, languishing in the National League West cellar, still have the payroll and mindset of a contender. When the Dodgers needed to boost their lineup with All-Star Matt Kemp on the DL, they turned to top prospect Yasiel Puig. The Cuban-born Puig burst onto the big league scene slashing line drives, hitting home runs in bunches, and taking center stage in a beanball war all in his first few days in the majors. Puig’s production hasn’t been enough to lift the Dodgers, but it has earned him a fulltime gig. Puig’s promotion has been the most highly touted recall of the season but he’s not the only rookie hoping to put his stamp on the pennant race.

The Washington Nationals have struggled with injuries and lackluster offensive production from several key players in 2013. The pre-season World Series favorites have hovered around .500 for most of the season. With Bryce Harper and Jayson Werth on the DL, and Danny Espinosa struggling to hit his weight, the Nats inserted top prospect Anthony Rendon into the lineup. Rendon was the sixth overall pick in the 2011 draft and made his big league debut early this season when he filled in at third base for Ryan Zimmerman for a few weeks. Rendon wasn’t going to push Zimmerman off third base but a return to the minor leagues and a crash course at second gave Rendon the tools to unseat Espinosa. Rendon hit safely in his first nine games back with the Nats, including five multi-hit games. The 23-year-old infielder may have Wally Pipp’d Espinosa right out of D.C. Rendon’s defense is clearly a work in progress but his .344 batting average and .917 OPS likely mean he’s in the big leagues to stay. The Nats have to hope that Rendon’s hot bat can help prop up the offense while Harper and Werth continue to mend.

The Texas Rangers turned to top prospect Jurickson Profar when Ian Kinsler went on the DL with a rib injury in May. The 20-year-old has held his own to the tune of a .276 average and .724 OPS. With Kinsler back in the lineup the Rangers have elected to keep Profar on the roster rather than return him to the minors. The natural shortstop is expected to see time in the outfield for Texas as the Rangers look to return to the playoffs. Profar’s best long-term position remains in the middle of the diamond but he can best help the 2013 Rangers by taking to the outfield and keeping his dynamic bat in the lineup.

The Baltimore Orioles shocked the baseball world last season with their surprise run to the playoffs. The even bigger surprise may have been that Baltimore’s most notable transaction last August was the recall of top prospect Manny Machado. Machado hasn’t looked back. He solidified the infield defense and provided surprising punch at the bottom of the lineup for the 2012 O’s. Now Machado has emerged as one of the top players in the American League and could be in line for a spot on next month’s All Star Squad. The Orioles may travel a similar road this season. The team’s starting rotation has been shaky all season and 2012 first rounder Kevin Gausman has already logged five Major League starts. Gausman’s inconsistent performances earned him a demotion to Triple-A but he may ultimately be the answer to the Orioles 2013 rotation woes. If Baltimore’s unable to find a suitable deal for a veteran arm, look for Gausman to get another shot. The Orioles could also turn to Cuban-defector Henry Urrutia to bolster production from the designated hitter spot. Urrutia arrived in the U.S. to much less fanfare than Yasiel Puig but the 26-year-old outfielder has mashed Double-A pitching. The lefty swinging Urrutia is hitting .355 with a .958 OPS in 43 games for the Bowie BaySox. He gets a little closer to Baltimore with every Chris Dickerson at bat.

The Tampa Bay Rays are the latest contender to call upon a rookie to improve the big league club. Tampa announced the much anticipated promotion of slugging outfielder Wil Myers on Monday. The Rays were clearly keeping Myers at Triple-A to preserve his Major League service time and delay his free agency by a season. Myers, who was acquired during the offseason from Kansas City in the James Shields trade, clubbed 37 home runs in two minor league stops last season and added another 14 for the Durham Bulls in 2013. Myers figures to provide some much needed protection for Evan Longoria as the Rays look to move out of fourth place in the AL East.