49ers sportswriter Grant Cohn bucks the trend in playing the role of the skeptic. 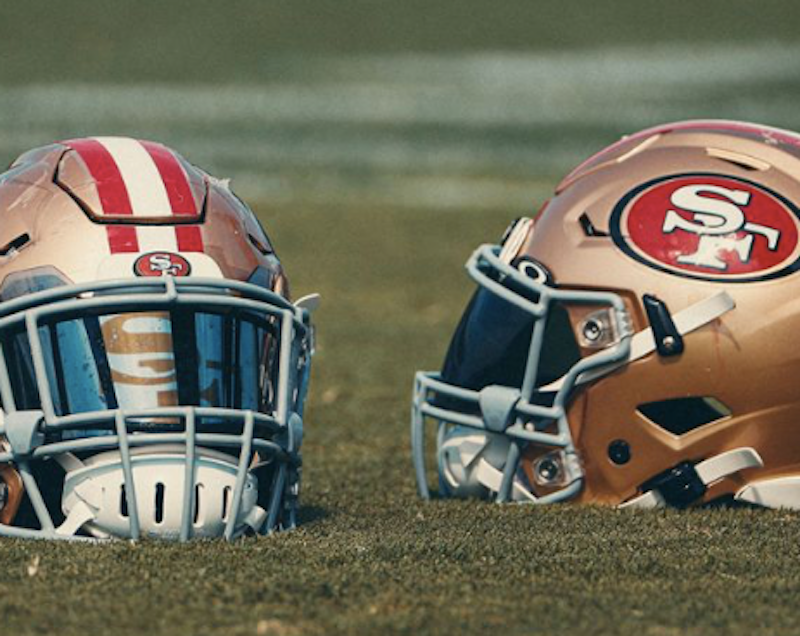 By the time halftime came around during the San Francisco 49ers' humiliating loss to the Miami Dolphins earlier this season, team owner Jed York had had all he could take. The agitated boss stormed out of Levi's Stadium in a huff, apparently so rattled that he drove down a blocked-off street during his getaway and the police had to redirect him. What an embarrassment. When an NFL owner abandons his team in a fit of pique, it's a character failure that's also major football news, but you could follow a bunch of 49ers beat writers and never know York quit on his employees on that Sunday.

As a 49ers fan who wants the inside scoop, I pay attention to Grant Cohn, who covers the team for Sports Illustrated. Cohn covered York's retreat. Cohn’s not trying to please the organization, which is a strength. Some of the other beat writers—Matt Maiocco (NBC Sports Bay Area) and David Lombardi (The Athletic) come to mind—often give the impression that they're teaming up in an unspoken partnership with the Niners' management, which puts them at risk of sounding like PR flacks.

To put Cohn's aggressive style of sports reporting into context, you must first discuss his lineage, as he didn't fall into it by accident. His father, Lowell Cohn (now retired), covered the Niners as a controversial columnist for years for the San Francisco Chronicle. I recall reading some of Lowell's pieces and becoming incensed. I hated him for attacking my team, which in retrospect makes me feel silly. But back then, I was such a 49ers fanatic that a loss on Sunday would bring me down for the entire day, with a hangover effect that might last well into the week—a mood disorder shared by many devout football fans. The losses hurt you more than the wins elevate you.

Because my emotions were too invested in the team, I thought it was the job of the local sportswriters to buoy my spirits. But Lowell Cohn routinely savaged the team after a loss with his brutal honesty. In my anger, I imagined that Cohn thought he was too good to be stuck writing about football, but I was wrong. He was just doing his job, which meant being the opposite of a "jock sniffer."

Sometimes this meant dumping on Bay Area icon Joe Montana even in his prime years. Montana, unused to anything but unfettered adulation, responded by calling Cohn a "master of the low blow." "I have no respect for a person like Cohn," said Montana, "who enjoys kicking us when we're down and does it for a living."

It took chutzpah to criticize Montana in San Francisco, but Lowell Cohn had chutzpah in spades, which he imparted to his son, which brings plenty of bitterness his way. If you google "Grant Cohn Reddit," here's the first few Reddit discussions you'll see: "My God Grant Cohn is such an ass"; "Grant Cohn is a garbage writer. How does he have a job?"; "Grant Cohn is an idiot"; "FUCK YOU GRANT COHN;" "Grant Cohn is really dumb."

Angry sports fans react to criticism of their team and favorite players as if you're questioning their religious faith. Because Grant Cohn has inspired so much loathing among a segment of 49ers fans, and he's doing the same job as his dad did, he's often accused of being the beneficiary of nepotism. While both Cohns would admit that Lowell helped Grant get his foot in the door with a low-paying job as a sports blogger at his old newspaper, the Santa Rosa Press Democrat, Sports Illustrated wouldn't have recruited the son just because his dad knows the right people. Watching him break down each week's game tape in detail tells me that Grant worked hard to get that job.

If Grant Cohn has enjoyed any "unfair" advantage, it's not from nepotism. Rather it's from being schooled by a master of his craft. While it took me years to figure out the value of the elder Cohn’s philosophy of sports reporting, Grant probably caught on to it by about age 10. Anyone who's able to learn about their future profession in this organic, immersive manner from a young age has a leg up on the rest of the competition. Why do you think that quarterback Archie Manning's two quarterback sons have a total of four Super Bowl rings between them? It probably is"unfair," but so is life.

Grant Cohn knows that controversy sells. He wrote this about why people read him: "Sheer curiosity. The same reason you probably read my stuff even though it makes you mad at least 50 percent of the time." That assertion captures his strength as a reporter. Grant's an opinionated reporter who sometimes pulls the trigger on his opinions prematurely, perhaps for shock effect. He once tweeted this about 49ers fullback Kyle Juszczyk: "Juszczyk isn't a threat as a receiver, a runner, or a blocker." In fact, the player out of Harvard—the highest paid fullback in the NFL—excels in all three of those areas. Grant thinks the 49ers coaches adjust their decisions after hearing what he has to say, but not with much more of that sort of player evaluation they won't. But he's only in his early-30s, so there's time to modulate the excesses of relative youth.

When Grant and Lowell team up for their podcast, "The Cohn Zone," they offer a unique combination of storytelling ability from the 49ers' glory days in the 1980s and unsparing analysis of the current team. On a recent podcast, Lowell called the team's handling of QB Jimmy Garopollo's injury situation "disgusting." He also called Jed York a "coward," and said that the way that the 49ers management treated recently-released wide receiver Dante Pettis was "morally disgusting." There're a lot of 49ers fans who don't want to hear their organization disparaged like that, but they have the option of following standard beat writers.

Grant and Lowell have been called "haters," but they don't hate anyone. They respect the 49ers and have high standards. They're not hurting anyone. They're just talking and writing about football.