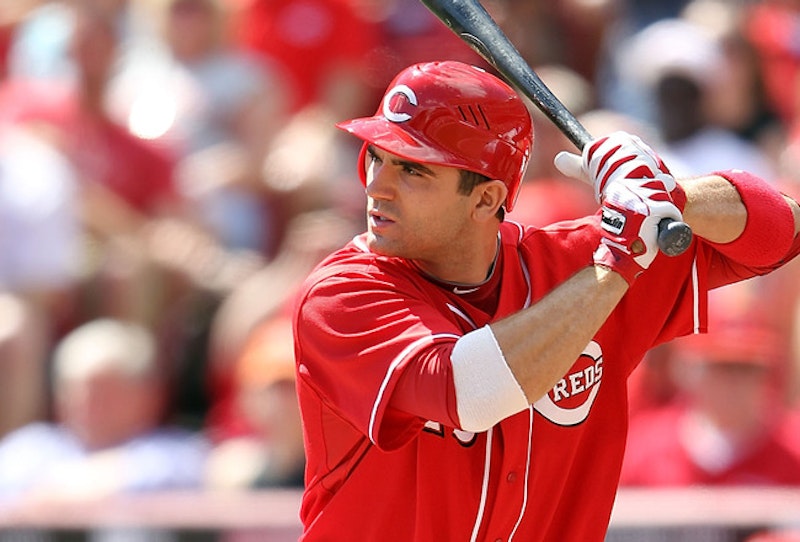 Baseball is moving into a new era where players aren’t traded so much as the contracts attached to them are. Did the Marlins move half their team to the Blue Jays because they wanted a decent set of prospects? No, cheapskate owner Jeffrey Loria didn’t feel like paying Jose Reyes and Mark Buehrle the money remaining on their contracts. The same thing happened in Boston, albeit with more honest intentions. The Red Sox didn’t like Carl Crawford and Josh Beckett clogging up roster spots and payroll, so they shipped them off to L.A., along with Adrian Gonzalez (who Boston would’ve preferred to keep) and Nick Punto. Prospects Allen Webster and Rubby De La Rosa were just boons to an already lopsided trade.

You could make the argument that these are just isolated incidents, but with the new influx of cash into MLB via recent lucrative TV contracts and the carefree spending that has resulted from them, more teams are willing to take on salary than ever before. The fact that the Cincinnati Reds, a mid-market team, could sign Joey Votto to a 10-year/$225 million deal is evidence enough that the market is changing. Additionally, because of the new trend of inking young players to massive extensions before they’re even close to free agency (Ryan Braun, Troy Tulowitzki, Evan Longoria, Buster Posey, Votto, and more have all re-upped with their respective teams for the long haul), prospects have become more valuable. Now that more players are staying with their original teams, the free agent market has deflated. In turn, the trade market has inflated, causing the price of major league players to skyrocket in terms of prospects (the recent James Shields trade is one example).

Now that more teams have greater payroll flexibility, however, the option to take on salary in favor of surrendering prospects is more appealing. This idea will likely present itself during this summer’s trade deadline. The Phillies, for example, are a big market/large payroll club that is currently below .500. If their record is similar by July 31, GM Ruben Amaro, Jr. would be stupid not to shed some payroll. Cliff Lee, for example, is owed over $62.5 million through 2015. Ten years ago, that would have been a near un-tradable contract. Now, up to eight teams are suitors for Lee, should the Phillies want to trade him.

Lee represents the most dramatic end of the spectrum, as he has a $25 million AAV, but the idea remains the same: taking on money and years is preferable to trading away prospects. Jonathan Papelbon, another Phil, is a less extreme example. Teams looking for bullpen help would likely be able to acquire the closer for very little in terms of minor leaguers.

The Red Sox-Dodgers and Blue Jays-Marlins trades sent shocks around MLB. Soon, though, deals like those won’t be so surprising, they’ll be more commonplace.