Pirates mediocrity sends a fan to the hills for old sake’s sake. 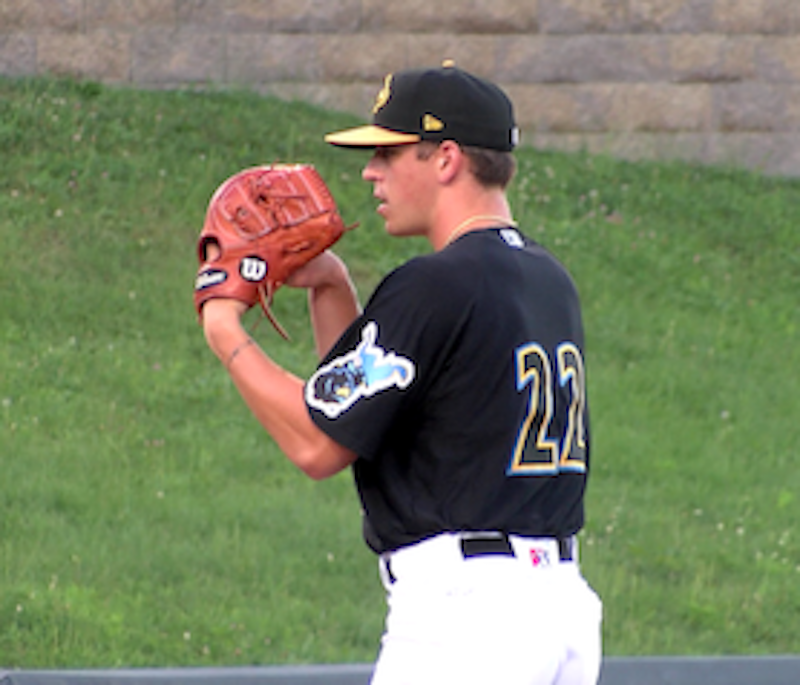 If you are a baseball draft nerd or you root for a team that is futures-based and not a payroll behemoth, the short-season Class A minor leagues such as the NY-Penn League provide a great opportunity to glimpse the future in late July. I've done it previously in this space by documenting the uncomfortable minor league experience of Pittsburgh's 2016 first round draft pick Will Craig.

He was assigned to the West Virginia Black Bears, also known as "Morgantown" among Pirates fans, and he was visiting the Tampa Bay Rays affiliate in Fishkill, NY, with another awkward regional branding called the Hudson Valley Renegades. The Black Bears were riding buses and hitting Shoney's and Craig had a cool two million or so from his signing bonus banked in some distant North Carolina financial institution.

With my annual pre-trade deadline trek to PNC Park in Pittsburgh for a mini-family reunion jeopardized by a recent Bucco nine-game losing streak, I tracked down the draft-heavy Black Bears visiting the State College Spikes in Penn State land where the St. Louis Cardinals store their Class A short-season affiliate. With the parent club sandbagging and ham-and-egging it out of contention in the terrible NL Central, it was time to track down the hungry, innocent youth freshly arrive in the Pittsburgh organization. The college stars are unleashed and are no longer stars and have yet to be jaded by the professional experience.

This time I used the nebby Internet to find out the amounts of their signing bonuses, which ranged from $2000 to $1 million. So, into the land of college football I plunged, nabbing a $14 ticket behind the plate and a $5 parking space next to the Penn State football stadium that probably goes for about $400 on gameday Saturdays. Beaver Stadium looms in the Happy Valley like some type of Logan’s Run outsized ritual facility. It’s way out of scale and dwarfs the puny humans who dare park their cars within its gargantuan orbit.

But I had to because the State College Spikes use the Penn State baseball stadium across the street. The ballpark, like the rest of the athletic facilities on the Big 10 campus, is top-notch. There’s still a slight stain on the Penn State image, if you ask me, thanks to the horrendous football camp pedophilia scandal of a few years back. The visiting Black Bears also enjoy the largesse of West Virginia University’s baseball facility back home in Morgantown, so both franchises are accustomed to dwelling in quality collegiate shadows instead of dumps like Dutchess Stadium in Fishkill.

The difference between these squads was the Black Bears were mostly fresh draftees, while the Spikes had several “second year players” which means they were drafted last year and were still mired at low Class A ball this season. Thus, the depressed brows and downward expressions on several faces for the home team.

The treacherous path of the Pirates in the past two weeks starves a fan for some type of positive sign or image or character. You find it on a perfect late July summer night in the middle of the Keystone State. The park has luxurious legroom. You look up and see the spin on a baseball fouled straight up behind home plate. The setting sun is hitting the seams and the pearly white as it spins and descends and lands perfectly into the catcher’s mitt of Cameron Knight, the Spikes catcher. He was a 32nd rounder in the 2017 draft, so hasn’t progressed in the St. Louis system and his stern frown reflects his future in car sales or insurance brokering. But for now, he has made the catch to end the inning and gets to trot to the dugout holding his iron mask like he’s Thurman Munson, Carlton Fisk or Gary Carter.

You also realize there are only two umpires working the game, which seems unusual. There are 4025 on hand, including former Bucco first baseman Kevin Young, whom you greet while ascending the stairs and he looks fit enough to play. Young has been lurking in the Pirates coaching staffs at Spring Training and has a smile that lights up the park. Quick handshake and a thanks for toiling on all those terrible Bucco squads from the mid-1990s. I still remember him at Spring Training staying after the game to take bad-hop throws at first while the rest of the team was bound for the beaches.

Then there’s Cory Wood’s mom. She’s in the park watching her son lead off and play short for the Black Bears. He was drafted in the 19th round out of Coastal Carolina, known for a patient, good bat and was handed a $125,000 signing bonus. He was 1-for-3 with a walk, a run scored and some good baserunning. The loud wooden bats seemed to be hooked up to a Marshall stack of amps, especially on the first inning home run by left fielder Matt Gorski, whom the Pirates signed out of Indiana University in the second round of the 2019 draft with a $1 million signing bonus thrown in. The Indianan crushed one 415 feet to left center, nothing cheap about it, putting West Virginia up 2-0 over State College.

There’s a breeze and hot dogs and a local wine available for cheap. The sun takes forever to set, and the crowd is lulled by the sheer beauty of the summer evening.

The St. Louis affiliate ties it with a two-run homer from a dude named Figueroa whose hometown is listed as Elizabeth, NJ. There’s no mountain there, as there is beyond the center field fence of the Penn State ballpark named after an ancient coach in this land of ancient coaches.

The starter for the Black Bears on this Sunday night was a guy named Bear Bellomy. No joke. Taken in the 28th round of this year’s draft out of Wright State, Bear was handed a $2000 signing bonus that may have been delivered in $20 bills knowing the Pirates brass. He had a solid start but was relieved impressively by a Dominican fellow named Xavier Concepcion who was all business. Sporting the now-classic flat-bill cap, Concepcion had a simplicity and economy of motion that just led to getting out after out. No nonsense, wasting not a second, willing the ball back into his glove and starting his wind-up within milliseconds of receiving the ball. A pleasure to watch, with some swagger for a 21-year-old right-hander.

I told my daughter when he makes the big club five years from now, she could brag to anyone to her left or right that she saw him pitch in A-ball. Now that is currency for a young person, courtesy of a baseball nerd dad who notices these things. Concepcion, who got a huge hug from West Virginia manager Drew Saylor in the dugout, was followed by a kid named Cameron Junker out of Notre Dame, known for his heat and his control issues. He has this delayed, slow-motion leg kick delivery that should earn him a Heinz ketchup nickname if he ever makes the big club. He was a 10th rounder in June, and the Bucs dished him an offering plate of $125,000 to sign. Before taking the mound, he did all manner of Catholic blessing motions that would have made the Carmelite sisters happy had they been sitting in our section.

The crowd in State College was heavy with bored, mismatched couples. Betties wearing 1970s makeup without irony, and their male companions sporting bad footwear and stained jerseys. It’s a sports-saturated market, but the crowd and neighborhood added a gentleness to the evening that was welcome after so many violent Pirates losses in the past fortnight.

After giving up hard contact in the 8th by State College, Junker threw a nasty ninth to close out the win for West Virginia, salvaging a game in the weekend series. Concepcion got the win, rewarding his hard work. The loss went to a very uncomfortable hurler who pitched from the stretch all the time, with shoes apparently too tight and too much starch in his pants. He was Adrian Mardueno, went to San Diego State, and he walked five and was the final note in this Los Lobos song that is minor league baseball one night in America.