From Buster Posey to Buck Showalter. 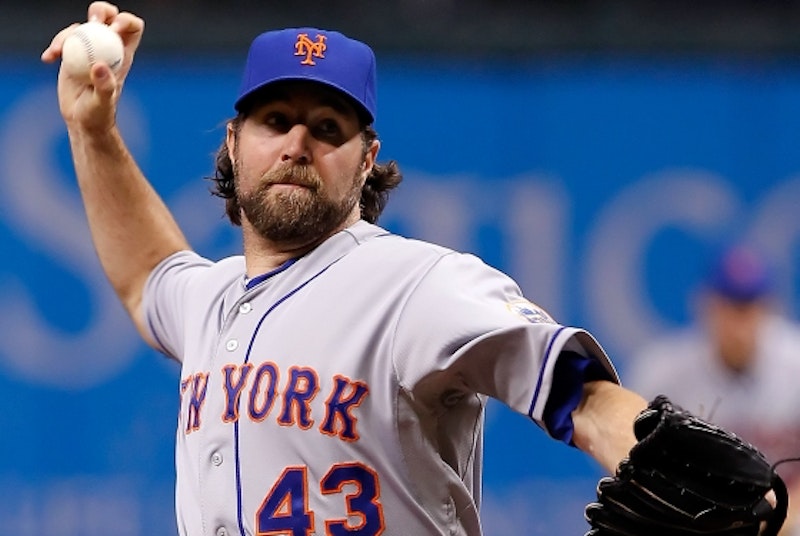 Major League Baseball is experiencing a postseason for the ages as all four divisional series were pushed to five games. The postseason drama is only fitting as the regular season offered a bevy of twists and turns, fabulous debuts, reclamation projects, and pennant races. Here are my picks for MLB's postseason awards.

Just as Ted Williams lost the MVP Award to the Yankees' Joe DiMaggio after hitting .406, the Tigers' Triple Crown winner Miguel Cabrera likely faces a familiar fate this season. Cabrera is a devastating offensive force but he lacks the all around game of the Angels' Mike Trout. Cabrera gets some points for moving to third base to make room for Prince Fielder in the Motor City. That said, Trout's near nightly web gems and base stealing prowess coupled with his outstanding production at the plate make him the American League's MVP.

The MVP in the National League will likely come down to a pair of catchers. The Giants' Buster Posey had a stellar second half and seemingly willed the Giants to the postseason following the suspension of Melky Cabrera for the use of PEDs. Posey won the NL batting title with a .336 average, and also slammed 24 homers and drove in 103 runs. Posey's toughest competition could come from Cardinals' catcher Yadier Molina who assumed a larger role in the offense following the free agent departure of Albert Pujols. Milwaukee's Ryan Braun, the NL's reigning MVP, posted another stellar season and kept the Brewers in the Wild Card race until the season's final days. Adam LaRoche of the Nationals should garner some votes as well. LaRoche was the one constant for Davey Johnson as Jayson Werth, Mike Morse, and Ryan Zimmerman battled injuries and Bryce Harper struggled at times to adjust to life in the big leagues.

I'm an unabashed Verlander admirer. The AL has no shortage of Cy Young candidates but Verlander pitched well enough to repeat as the winner. Jered Weaver, David Price, Felix Hernandez and Chris Sale could all stake a claim to being the AL's king of the hill but no one comes up consistently big like Verlander.

The Mets R.A. Dickey, Johnny Cueto of the Reds, and Washington's Gio Gonzalez all pitched well enough to receive serious Cy Young consideration. The novelty of Dickey's knuckleball garnered a lot of early season publicity. The 37-year-old right-hander proved that his fast start was no fluke and carried on his stellar pitching throughout the season even as the Mets sank below .500. Dickey won 20 games and led the NL in innings, strikeouts, complete games and shutouts; a remarkable season for anyone much less a knuckleballer.

Rookie of the Year

The Oakland Athletics shocked the baseball world when they signed Cuban outfielder Yoenis Cespedes to a four-year $36 million free agent contract over the winter. They went right on shocking the baseball world into the postseason. Cespedes, 26, gave Oakland a legitimate power hitter in the middle of a very young lineup. Cespedes finished the season with an .861 OPS, .292 average, 23 home runs, and 82 RBI. Japanese import Yu Darvish of the Rangers deserves serious consideration as well. Darvish finished his rookie season with a 16-9 record, 3.90 ERA and 221 strikeouts. The Orioles would not be in the postseason if not for the contributions of rookies Wei-Yin Chen, Miguel Gonzalez, and Manny Machado.

Harper burst onto the big league scene only to struggle following the All Star break. Just when it seemed like the National League hurlers had a good book on the 19-year-old, Harper went off. The Washington rookie blasted 10 home runs after August 28th and finished the season with 22 dingers, 18 steals, and a .817 OPS. Diamondbacks' rookie pitcher Wade Miley had an impressive season as well but Harper's power surge, long term potential, and presence in a playoff lineup make him this year's NL Rookie of the Year.

Manger of the Year

Showalter did an expert job of assembling and managing the Orioles' bullpen, entrusted rookie Manny Machado to man third base, and wasn't afraid to turn over 3/5 of his struggling starting rotation in July. Oakland's Bob Melvin, a former Oriole, did an equally astounding job with a very young team. If there's any justice the two of them would share the award.

I'm going with Davey Johnson in the National League. He led the Nationals to the NL's best record, handled daily inquiries regarding the status of Stephen Strasburg, worked a teenager into the every day lineup, played half a season without his left and right fielders, and went most of the season without his best closer. Mike Matheny of the Cardinals deserves some consideration as well for delivering the defending World Champs back to the playoffs in his rookie season in the dugout. Matheny won the National League's second Wild Card despite losing Albert Pujols to free agency, and Chris Carpenter, Rafael Furcal and Lance Berkman to injuries.