Kubiak Gets Chance for Career Rehab With Ravens 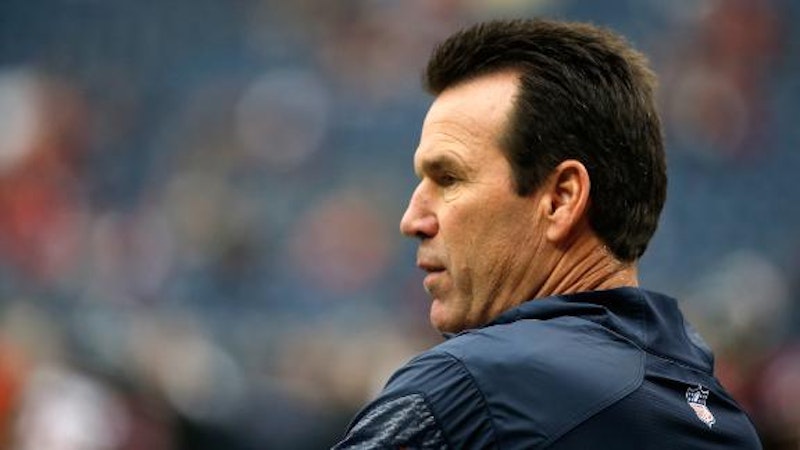 Last Monday, the Baltimore Ravens announced the hiring of former Texans head coach Gary Kubiak to be the team’s new offensive coordinator. Kubiak replaces Jim Caldwell who left his Baltimore post to become the new head coach in Detroit. The hiring of Kubiak, along with several of his most trusted assistants, looks to be a coup for the Ravens. Baltimore’s game of musical offensive coordinators also speaks to the current precarious state of job security in the NFL.

Jim Caldwell looked like a genius this time a year ago as he served as the play caller for a Baltimore offense that rode a hot streak from QB Joe Flacco to a Super Bowl title. Caldwell wasn’t shy about calling plays for TE Dennis Pitta and WR Anquan Boldin over the middle of the field, something his predecessor Cam Cameron was reluctant to do. Three offseason events (trade of Boldin, injury to Pitta, retirement of center Matt Birk) doomed the 2013 Ravens’ offense from the start. By the end of the season fans and local media were ready to run Caldwell and his staff right out of town, Super Bowl rings be damned. Caldwell landed on his feet with the Lions only to be replaced by Kubiak, who was fired by Houston after a disastrous season that saw the Texans go from Super Bowl contender to preparing to make the first selection in the draft. One city’s trash is another treasure.

Kubiak will bring assistants Rick Dennison and Brian Pariani to Baltimore to serve as quarterbacks coach and tight ends coach respectively. Dennison was the Texans offensive coordinator for the past four seasons. The hiring of Dennison gives the Ravens the chance to retain some continuity when Kubiak inevitably gets the call to become the head coach for another franchise. Kubiak is just 52 and has eight years of head coaching experience. If Caldwell could land the Lions’ gig after the Ravens’ dismal offensive output last season it’s no stretch to think that Kubiak’s time in Baltimore will be short-lived.

Kubiak’s hiring has led to some talk around Baltimore that coach John Harbaugh has had his wings clipped by team owner Steve Bisciotti. The popular thought says that Kubiak was forced on Harbaugh who wanted to promote receivers coach Jim Hostler to offensive coordinator. The promotion of Hostler would have gone over like a Peter Angelos Appreciation Day at Camden Yards, and perhaps Bisciotti nipped that idea in the bud, but it doesn’t mean that Harbaugh is in danger of losing his job or his locker room. The talk is laughable, but does symbolize the desperation sports fans feel in the city: he Ravens’ season ended in disappointment, the Orioles have been sitting on a big pile of cash all winter, and the Terps’ men’s basketball team stinks. The only thing local talk show hosts can do to stem the tide is manufacture controversies about one of the best-run organizations in professional sports. Harbaugh has five playoff appearances, three AFC title games, and a Super Bowl title to his name. And a huge long-term contract. Kubiak is in Baltimore to rehab the offense; he’s not the Ravens’ co-head coach or coach in waiting.

Now the real work begins. No one could’ve done much with the offensive talent Baltimore put on the field most Sundays last fall. The offensive line featured three of the worst-rated lineman in the league, Pitta missed most of the season, and Ray Rice looked like he aged 10 years between the Super Bowl and September. Kubiak’s offenses have typically been based on a strong running game and the play action pass. The Ravens will need to make some serious upgrades to the offensive line this offseason to allow Kubiak to make proper use of Flacco’s penchant for throwing the deep ball. The Ravens also need a dependable receiver who can make the tough catches on third down. The hope is that the front office made assurances of those upgrades to Kubiak and that’s exactly what brought him to Baltimore.