How I Became a Soccer Dad

You can't beat watching your kid. 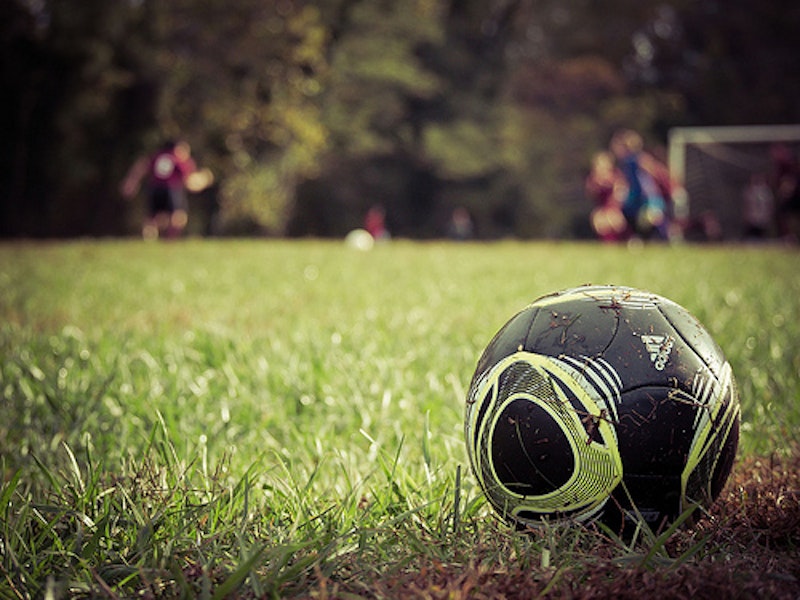 I’m not a fan of soccer as an entertainment option. The game ranks below tennis and just above golf on my list of tolerable television events. Perhaps I’m an ugly, uncultured American who fails to grasp the simplistic beauty of a game that has captured the hearts and minds of the rest of the world.

My grandfather was an outstanding soccer player for an Italian-American club team in his youth. Unfortunately he passed away years before my birth and never had the opportunity to hand down his love of the game to his grandsons. For that reason soccer has always seemed to me to be nothing more than good exercise for little kids.

That aside, watching youth indoor soccer is my new favorite pastime.

My seven-year-old son showed a keen interest in basketball last fall. He started playing at recess with his fellow first-graders and became obsessed, retreating to the back deck each day after school to bounce a basketball around in circles. I took him up to the nearby elementary school to play one Sunday afternoon and was shocked to find that he was actually pretty good. I wasn’t getting Jay-Z on the phone yet but I did think that we’d found the little man’s winter sport, something to fill the void between the end of summer and the start of baseball season.

When I suggested we sign him up for a basketball league he balked. The weather turned colder and his afternoon dribble fests on the deck morphed into copious amounts of time spent playing Angry Birds on his nook. I again broached the subject of playing basketball and he once again swatted away my advance. Our neighbor, a coach in the league, asked him to play on his team. The response, “No thanks.”

I’m not one of those overly aggressive, tyrannical, youth sports parents. It’s not in my nature. I want my kids to have fun, learn, socialize, and occasionally pushed out of their comfort zones. Most of all, I don’t want them to become video game zombies. Rather than forcing him into basketball we gave him a choice: basketball or indoor soccer. He’d never shown any interest in soccer and was generally apathetic towards the soccer camp he’d attended a few years earlier. I assumed basketball would be the easy choice. Of course, he chose indoor soccer.

We signed our son, and his four-year-old sister, up for a local indoor league that plays on Saturday mornings. My daughter initially hesitated until she realized that shin guards came in pink. On the way to the first practice/game I told the kids they had two rules to follow for soccer, 1) listen to the coach, and 2) have fun. About two minutes into the first game I knew we had all made the right choice.

The little guy ran around that field with a look of sheer joy, scurrying after the ball darting every which way. After week one he couldn’t wait for week two. He scored two goals the next week and told me that his career plans had changed. He’d added soccer player as his third future profession alongside geologist and scientist. After the third game he told me that he was going to play in the World Cup.

It’s extremely rewarding as a parent to watch your child fall in love with something. He’s a happy, well-rounded kid, but nothing has ever brought out the type of exuberance that he exhibits on that dingy indoor-outdoor carpet in the old church gymnasium. I have no idea how long his current infatuation with soccer will last, but I hope that it sets him on a lifelong path of enjoying passionate pursuits.