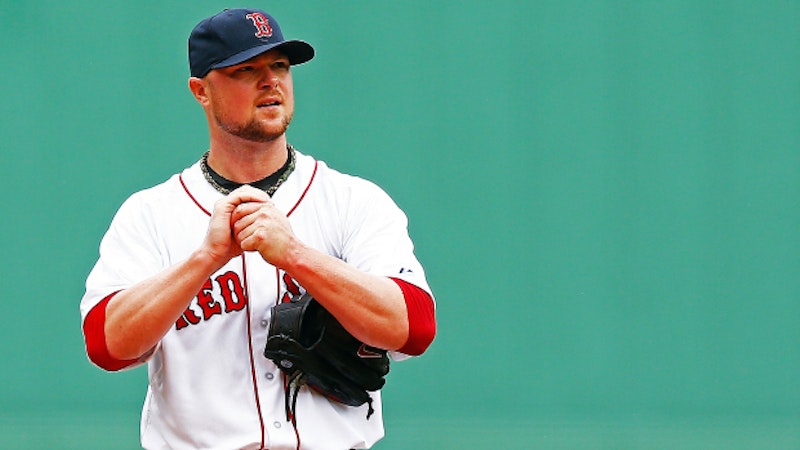 What do you do when prospects are an overrated commodity? Just ask Ben Cherington, Billy Beane, or Andrew Friedman. Not only was the 2014 trade deadline busy, it was also shocking. But should we be so surprised?

The A’s Beane set a precedent in the beginning of July. He made a statement by trading super prospect Addison Russell and 2013 draft pick Billy McKinney to the Cubs for Jeff Samardzija and Jason Hammel. This trade was Beane stomping over the idea of teams continually hoarding prospects. Prospects need to produce at a certain point, and the Red Sox can attest that even the blue chips have growing pains. Xander Bogaerts and Jackie Bradley Jr. were supposed to lead their team to another playoff run, maybe a repeat World Series championship. Instead, they’ve combined to produce 1.6 fWAR, most of which is thanks to Bradley’s elite defense.

Beane decided to cash in now in lieu of gambling on his youngsters. Boston’s Cherington obviously took note, because he employed a similar approach yesterday. The normally timid GM’s brazen deadline approach is a good sign for Red Sox fans. July 31st was only a precursor to what’s going to be a busy offseason.

Boston could’ve received prospects for Jon Lester, but instead they sought major league talent that would significantly impact next year’s team. Cherington got that in Yoenis Cespedes, a right-handed power hitter with above average defensive abilities in right field. With the Cespedes trade, Cherington minimized his risk while maximizing his immediate return.

The John Lackey trade wasn’t as successful, but it showed Cherington’s willingness to be creative. It also emphasized his desire to add major league talent to the roster. Allen Craig’s performance in Boston will determine the winner of this deal. If Craig regains his form, then the Sox have a hitter who many sportswriters/analysts call “ideal for Fenway Park.” If he doesn’t start to hit better… then the team has a new backup first baseman. Joe Kelly might crack the rotation next year, but many analysts think he’s destined for the bullpen.

The return for Lackey was decent, but why did Cherington have to trade him at all? Lackey is under team control for $500,000 in 2015 due to a stipulation in the free agent deal he signed in 2010. Dave Cameron, of Fangraphs, claims that Lackey’s retirement threat scared the Sox into trading him. Yeah, right! Believe what you like, but Lackey has no leverage at all. If he retired, then he’d forfeit the opportunity to sign another lucrative contract after 2015. He’d give up millions, and the last four or five years of his playing career, by retiring. Wasn’t going to happen.

The trade does leave Boston with Clay Buchholz as their only experienced major league starter, while Craig will be their seventh viable outfielder. A busy offseason can fix these problems, though.

Rays GM Andrew Friedman shunned prospects, too, but he received an underwhelming return for his ace. David Price should have commanded more of a return from the Tigers/Mariners than just Drew Smyly, Nick Franklin, and some minor league shortstop no one’s ever heard of. Tampa Bay would’ve been better suited trading Price this winter when a bigger market could develop.

The trade deadline has disappointed me in past years. Rumors fly constantly for a week and then nothing happens on July 31st. Yesterday did not disappoint, though. My faith in Cherington was restored, my respect for Friedman a little shaken, and my awe of Beane was somehow heightened. It was an exciting day.