The Beauty of Sports

The essence of the game remains its unpredictable nature. 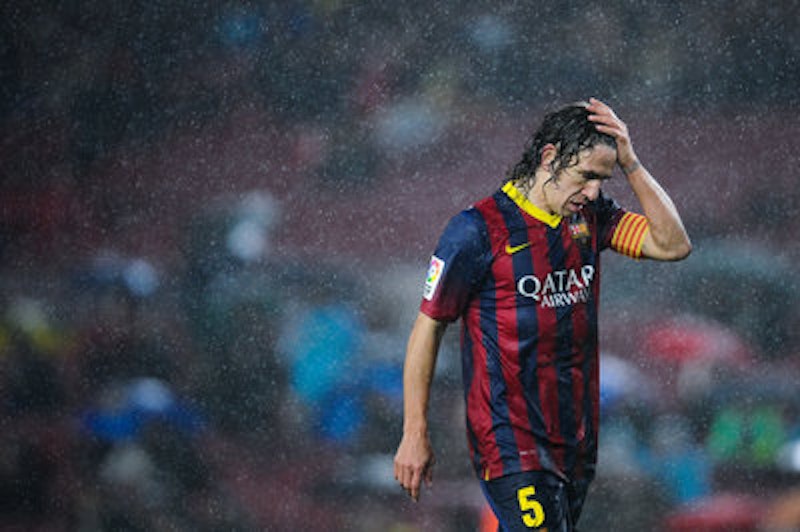 It was the summer of 2010 and I was sitting in a cool and dimly lit bar at the southern end of Baltimore’s Charles Village after dipping out of work early. This was standard operating procedure for most afternoons that summer, largely in an attempt to escape the heat that would roll north off the Harbor in the morning and settle over the middle parts of the city by the early afternoon. We were three weeks into the FIFA World Cup and by that time I recognized a handful of the bar’s other patrons. Although at that point they were distinguishable more by way of their national allegiances. We were watching the semifinal matchup between Spain and Germany and it was shaping up to be one of those games that could lull you to sleep, offering us more of an excuse to drink than anything else. It was 70 minutes into the game and still scoreless.

Just as I ordered another beer, I glanced up at the television and saw the ball flying across the screen towards a hoard of footballers crowded in between the German goal posts. Then, sprinting in from the right side of the screen, came Carles Puyol, the veteran Spanish defender, soaring towards the goal with his forehead stretched out like a ski-jumper. Puyol struck a perfect header into the upper right corner of the goal, the game-winner that ultimately brought Spain a World Cup title. My most vivid memory of that afternoon is not the ball hitting the back of the net or the dumbfounded look on the German keeper’s face, but rather those few seconds in which the ball was airborne and seemed as if it were drawn to Puyol. His movements were so effortless and confident that he appeared to meet the ball halfway and simply guide it to where it had belonged the whole time.

High-level athletics requires a mix of disciplined practice and raw talent to achieve the physical mastery and beauty that we so revere; a combination of Gladwell’s 10,000 hour rule and Wallace’s kinetic beauty. Wallace argued that while beauty is not the goal of competitive sports, high-level athletics offer a prime venue for the expression of human beauty. This kind of physical beauty is not purely aesthetic, nor does it spring from competition and the war-like ideology that we so often associate with sports. It’s evoked upon witnessing an act that demonstrates a player’s total reconciliation with the fact of having a body. As Puyol and the ball flew towards one another, it was not difficult to recognize the unequivocal control that he wielded over his body, physical mastery sowed from inborn talent and countless hours of practice and repetition. It’s moments like these that allow spectators to witness physical embodiment of virtues such as fluidity and grace that are more often left to discussions in the abstract.

While the importance of practice and raw talent are undisputed, there remains another form of mastery that’s often overlooked—the ability of athletes to block out those trains of thought which are not advantageous. Try to imagine doing anything with 30 million people watching. Now try to imagine leaping into the air and using your forehead to deflect a ball that’s travelling 50 mph into a target no larger than the ball itself. Like happy vacationers, athletes such as Puyol possess the ability to suspend self-consciousness and muffle the Iago-like voices that would break a mind more prone to self-conscious fear in two. They proceed on instinct and live within the game, turning a blind eye to the distractions of real life and expectations of the audience. I’d argue that this gift for mental oblivion is more inborn than practiced, and is the quality separating truly transcendent athletes from spectators.

Sports history is filled with moments that expose the grace of athletic achievement (Jordan, Gretzky and Federer come to mind), but everybody has one or two that remind them why they love the game. Athletic phenomena such as these tend to evoke childlike feelings of magic and the unknown; a reassurance that, despite its well-documented history and commercially-driven future, the essence of the game remains its unpredictable nature.