At Least Some Sports Fans Still Have Chess

While it seems unlikely, the game has several comparisons with football. 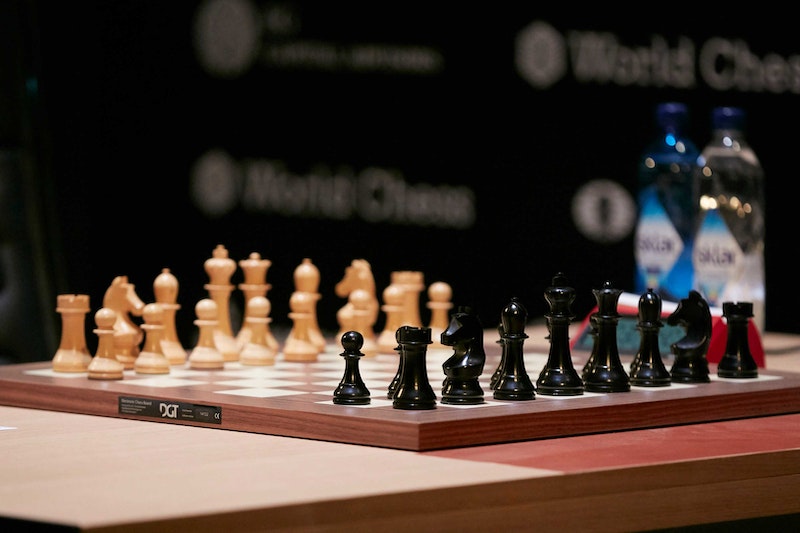 The welcome escape from reality that watching sports provides is no longer there, and it's painful. Binge-watching March Madness is something I'd like to be doing this March for the tonic effect it would have. In the beginning, when so many teams are still in the mix, there are games on TV all day long. That’d be a great time killer, but basketball's canceled along with everything else. Baseball's Opening Day didn’t happen yesterday. I did find a ray of hope. Few realize it, but the only real major competition going on after the lockdown is chess. I've found a real-time escape from reality, while others may have to settle for watching replays of their favorite sporting contests.

Sports fans may look down their noses at us chess fans, but that's because they don't realize that chess is just as competitive as any of their games. And it's demanding of the body as well as the mind. The oldest competitor in the Candidates Tournament—held in Yekaterinburg, Russia, from March 15 to April 4—is 36. Chess players tend to last at the top about as long as top tennis players do.

Chess chooses its champion in a unique way. One of the finalists, reigning world champion Magnus Carlsen, has already been determined. The 29-year-old Norwegian genius is just waiting to face the winner of the eight-person Candidates Tournament in the World Chess Championship, held in Dubai this December. The Candidates Tournament is a double round-robin tournament, meaning there are 14 rounds with each player facing each other twice: once with the black pieces and once with the white pieces.

There have been some complications related to the coronavirus. Teimour Radjabov from Azerbaijan was unsatisfied with the health and safety precautions FIDE (the world governing body of chess) was providing so he withdrew from the tournament. Frenchman Maxime Vachier-Lagrave took his place. Radjabov had requested a delay in the competition, but FIDE declined. Also, the two Chinese competitors, Ding Liren and Wang Hao, have admitted that they had to cancel their training camps and were forced to prepare online with their assistants. Canceling chess training camp puts you at the same disadvantage as canceling NFL football training camp and telling the players to work out on their own.

In high-level chess, draws are commonplace because it's so hard to get that slight advantage you need to win. For example, Magnus Carlsen retained his world chess champion title in 2018 in a tiebreak format after all of his 12 games against Fabiano Caruana, the American who's currently ranked world number two, had ended in draws. The tiebreak was three games of "blitz" chess, meaning players are on a short clock. Carlsen won all three, taking home $625,000 in prize money. He knew that he was a better blitz player than his opponent, so taking the match to a tiebreak was a good strategy.

The training regimen for a tournament of this magnitude is intense. Competitors, who shroud themselves in secrecy, use a group of "seconds"—four or five grandmasters they're comfortable with—to play games against them and offer advice. Together they prepare for up to 14 hours a day, months ahead of time. The team comes up with specific openings when playing white and the best defenses when playing black. The goal is to avoid falling into the pattern of past play so opponents don't know what to prepare for. It's like a football coach designing new plays to surprise the opposing defense in the playoffs. And just as football coaches spend countless hours studying game film of their opponents, chess players pore over their competition's old games.

Another goal for training camp is to come up with novelties—surprise moves that aren’t considered technically sound but are designed to take the opponent out of their preparation and steer them into unfamiliar territory. Think of football's "double pass" play. The quarterback throws the ball laterally or backwards to a receiver and the receiver then throws the ball down the field. It's risky, but it might get a touchdown.

While some scoff at football analogies applied to chess, they’re apt. During a major tournament like this one, chess players can burn up to 6000 calories a day. Grandmasters also “sustain elevated blood pressure for hours in the range found in competitive marathon runners,” according to Robert Sapolsky, Stanford professor of neurology and neurosurgery. Magnus Carlsen has a personal chef who travels with him and helps him "carb load."

The most interesting game of the tournament that I've followed was between the Frenchman, Maxime Vachier-Lagrave, and the Russian, Alexander Grischuk. Grischuk spent 53 minutes on his 19th move, which surprised the experts. They thought his eventual move was obvious. This put Grischuk in some trouble with the clock. By move 26, he had just two and a half minutes to make 14 moves, but he somehow managed to salvage a draw. Now that may sound boring to you but, given the circumstances, it's a big deal to me.