Who's the Right Guy for Me?

He'll be more than just my type. 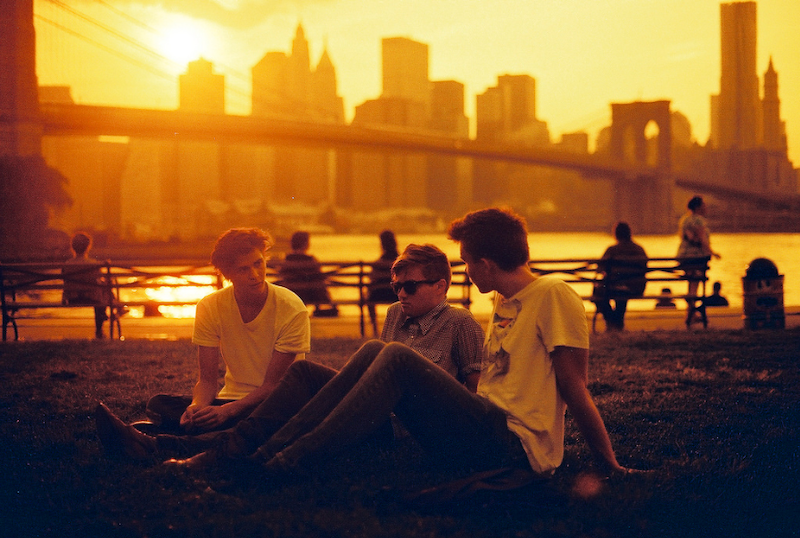 Every time I open up my Tinder I flash back to that one episode of Sex and the City where Charlotte’s all, “I’ve been dating since I was 15! I’m exhausted! Where is he?” Truer words have never been spoken. I just hit 35 and though I’m not really worried about getting older—aging is fabulous—I do worry about whether I’ll be single forever slash I’m tired of looking for him slash dealing with assholes lol. When you’re young and dating it’s no big deal to have pauses between relationships, but when you get older you start worrying that maybe this person will be your last.

People always ask about types. What type of guy do you like? What type of girl do you like? What’s your type? I like all types of guys, but chez moi you definitely have an advantage if you’re edgy/punk/weird. That said, I don’t think I have a type per se even though my friends swear up and down that I only like twinks. *Kanye shrug*. I think much broader than types, at least I hope so anyway, because a “type” doesn’t rub your feet when you’re sick and a “type” won’t cook you a nice dinner.

I want a guy who makes my heart jump every time I look at him, who makes me nervous in a way that reminds me how lucky I am to have him around. I want a boy to wake up next to in the middle of the night. I’ll stare down at him while he’s sleeping and he’s nude except for underwear, one hand tucked inside. A smile. I’ll watch him for a moment and somehow he can sense this so he wakes up, turns over, and pulls me back into bed and we cuddle.

I want a guy who sings in the shower, loudly and like he’s performing in front of 100,000 people, and I’ll knock on the door and say, “You better hit those notes!” I want a guy who’ll hold my hand in public and isn’t afraid because fuck being scared of queer love. I want a guy who’ll stay in with me on a Saturday night binging on our favourite television shows and movies, drinking wine and eating popcorn, but I also want a guy who won’t be jealous when I go to the club for 18 hours or when I want to chill with my friends.

I want a guy I don’t have to explain inequalities to, one who understands the problems with racism, sexism, misogyny, trans misogyny, police brutality, and all the rest. I want a guy who sees color, who sees difference, who sees that not everyone, in fact, is created equal, and who is committed to creating change in the world.

Passion is the most beautiful thing, so my type is really a guy who’s obsessed with or passionate about something—tennis, cars, technology, cooking, photography, mid-century modern furniture, or Gregorian chants. The most boring thing to me would be a guy who has no interests, who’s just kind of ho-hum, who doesn’t have any hobbies or who doesn’t do anything. Having a passion means you’re able to care about something beyond yourself and it also allows you to share that knowledge with the people you love. Relationships are about sharing, aren’t they?

I want a guy who’s good in bed, a guy who knows that good sex is a balance between being both selfish and extremely generous at the same time. Good sex is also about sexual chemistry, so I want a guy I can look at while we’re having dinner at our favourite restaurant and think about all the ways I can make his toes curl.

Above all else, I want a guy who’s his own person and who will let me be mine, who will love me just as much on my good days as on my bad and won’t try to make me fit into a personality or a body or a stereotype or a template that I’m not.