Toxic Masculinity in the Gay Community 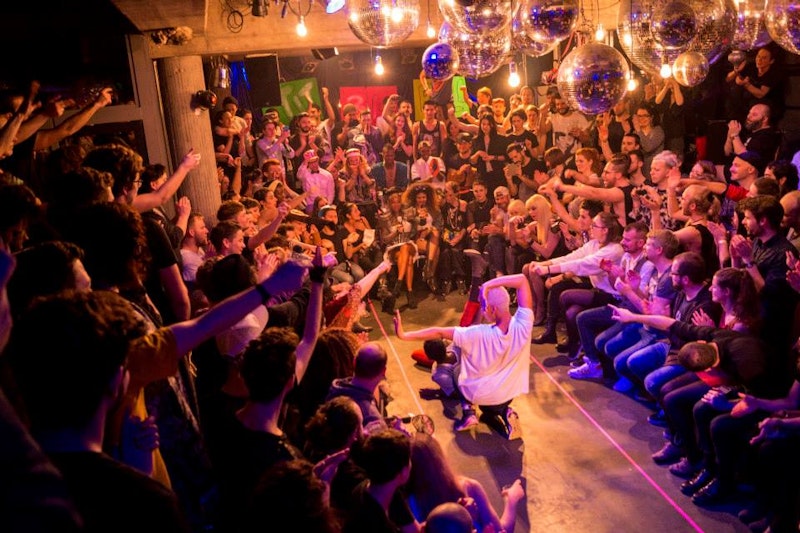 I was talking to this cute guy on Grindr—we were like 50 messages deep which is a level—and as soon as he asked for more pics (gay guys are always fucking foaming at the mouth for pics, pics, and more pics), I told him all of my pics are on Instagram. A few seconds later he came back with this: “You’re a bit feminine,” and it was like he’d digitally kicked me in the stomach. Yes, I am a bit feminine, boys. And? I was so annoyed, sad, and angry that I didn’t even bother to reply. I didn’t defend myself, I didn’t come for his wig or try to get him together in any way. I just did a Whitney-Houston-as-Savannah-“Vanna”-Jackson in Waiting to Exhale and I exhaled.

The “You’re a bit feminine” picture he’s talking about was one of me in the look that won me Grand Prize for Best Dressed Spectator at the Tit Bit Ball in Berlin, a community-centered mini ball that celebrates the city’s growing voguing community. The theme for the Best Dressed Spectator category was Studio 54, and I love nightclubs and getting dressed to go to the club so baby I brought out this fabulous black velvet circle dress with huge sleeves I have that’s drenched in gold glitter. I didn’t wear pants and I put on my heels and buttered up my legs from here to RuPaul, yes God, and I put on my black latex evening gloves, a silver hoop earring, and carried a silver glitter clutch. You couldn’t tell me nothing!

I posted that picture on Instagram because I was proud. It was my first time walking at a ball, my first trophy, too, for anything, so of course I wanted to share the moment on social media. But I admit I was a little nervous to do it because I remembered that my Instagram is also connected to my Grindr as well as my Tinder, which means guys can scroll through those photos to convince themselves that they like what they see. I was all fuck it, if a guy can’t deal with the fact that I wear heels sometimes or that I express myself through clothes in this particular way, he’s not worth my time. Chop!

It’s a lot easier said than done, especially when you’re feeling lonely. The pressure to be normative, to blend in, to fit in and follow all the rules is so strong, thick, and toxic that it blinds us from other ways of living in the world. The fact that I was even hesitant about posting a fabulous photo because I knew that it might turn some guys away shows just how deep toxic masculinity has permeated even my queer brain. I’m not angry that this guy or other guys like him don’t want to talk to me because I’m wearing heels and look fucking amazing. I’m angry that more gay guys don’t realize how much a part of the system they are, and what truly angers me is why gay men don’t assess or critique their own ridiculousness.

Where are the good gay men who are sensitive to the complexities of race and gender, who understand that rejecting people because they don’t fit a (white) patriarchal masculine ideal is toxic, harmful, and totally supports the system?

There’s at least one out there and I fell in love with him. It’s just a shame he lives thousands of miles away.