Deadpan was the default mood for many lovers in the 70s. 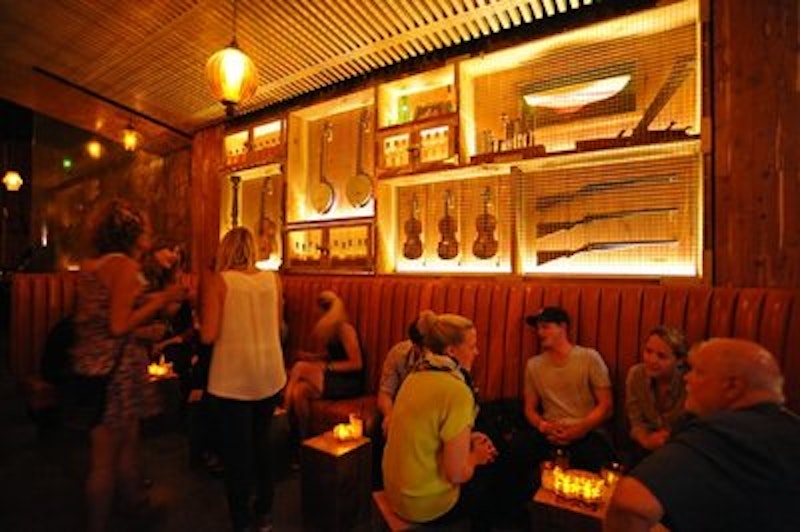 In the mid-1970s, there was a bar in Chestertown, MD where baby boomers hung out called the Commodity Exchange. The local party scene was a mix of college students, townies, and college graduates turned townies, all ready and eager to get high. One night in the fall of 1976, I encountered my old friend Harpo with his girlfriend Kitty, who was outside the bar sitting on the steps. A young man whom I didn’t know was speaking solemnly to Kitty. Harpo told me, “This is wife swapping, with nothing for me to swap.” He added that Kitty had taken PCP, although she seemed perfectly cogent.

Harpo was a former college student a bit older than the rest of us, his nickname coming from his curly, blond mop. He’d been one of my numerous housemates for a couple of weeks after my graduation in 1974. I noticed his tendency to hook up with attractive, intelligent girlfriends. One of my female roommates said, “It’s because he has a big cock.” Harpo also had a remarkable capacity for ingesting alcohol without seeming drunk, and was a tad crazy, but I found him rather sweet. I’m told that he died in his 30s of alcohol abuse.

I didn’t know Kitty too well. She was the best friend of one of my best female friends, who’d been a platonic former housemate. But I’d never have called her a wild girl. She was quiet and serious, wearing dark rimmed glasses, with just enough gentle humor to leaven her solemnity. On this night at the steps of the Commodity Exchange, she and the young man making his case for sex were conversing so quietly I could not hear a word they said.

Eventually we all returned to Harpo and Kitty’s apartment, and the solemn young man and Kitty retired to Kitty’s mattress, which was just a bit out of view in the adjacent room. Several minutes elapsed, and eventually the man appeared, as morose as ever, put on his jacket, and without a word, walked out the door. Kitty wandered into the room stark naked, and Harpo gently admonished her, “KIT-tee!”, reminding her to cover up in front of me.

We all went for a walk together, Harpo and Kitty with their arms around each other. Harpo asked, “Did you like it?” Kitty answered, “Not as much as you.” My entire encounter with Harpo, Kitty, and their nameless friend was less than an hour. During that time, with the possible exception of Harpo, no one laughed, or even smiled. Come to think of it, deadpan was the default mood for many lovers in the 70s. Overt expression of emotions was considered corny, too sentimental, and even threatening. I was certainly not deadpan. My manner was effusive. I often put on a goofy personality to make people laugh, only to segue to total sincerity when face to face with a friend. There were times I overstayed my welcome, but many people valued my friendship, or at least enjoyed my company. To this day, I tend to smile at everyone I meet, and they usually smile back.

Conventional wisdom says the hippie counterculture faded after the early 70s. I don’t think I knew a single person who’d admit to being a hippie. Even my creds were wobbly. We were all too middle class. By 1976, and my encounter at the Commodity Exchange, I think our claim to the innocence of youth was fading. Harpo was probably close to 30, Kitty about 26, her nameless seducer in his mid-20s, and I was a couple months shy of 25.

If there was a hippie counterculture, casual sex is its most dated component. Recently a dear friend and former neighbor of my late wife and mine paid me a visit, along with her boyfriend. A left-wing political activist since she was a 15-year-old high school student, she is now 25, and as loveably radical as ever. Speaking to her of the sexual revolution, I told her that it was common during the 70s for people to have sex with someone the first night they met. One of my friends back then said, “It’s a social thing. Kind of expected.” Nonjudgmental but honest, my radical young friend said she couldn’t imagine doing that.

I don’t recall ever being shocked at my many friends’ cavorting. With an endless parade of roommates during the 70s, I witnessed a frequent display of sexual hookups. In 1973 I lived one hall up from the Washington College rowing team (known as the “crew”, I called them the “hippie jocks”, big Deadheads). One night when I returned to the dorm, they’d just taken turns fucking one of the only African-American students at the school. One of my friends said she’d told him she “hated herself” for doing this, but it was apparently consensual, the reason for her visit. One of my post-grad housemates had a bedroom next to mine, and at least three different girlfriends trooped through my bedroom to get to his during the couple of months we lived together.

As shy as I was, I quickly accepted such behavior as normal. But the relationship that took my virginity at age 19 was so intense that I decided I’d be more careful the next time. I became passionately involved with many colorful, crazy women, but was too self-conscious and clueless to take them to bed. I’d remain painfully celibate for six years, at the height of the sexual revolution.

The year after my encounter with Harpo and Kitty at the Commodity Exchange, I’d undergo an emotional upheaval that would motivate me to leave the Eastern Shore of Maryland forever. Once away from my hometown, my six-year sexual hiatus would end. I’d even have sex on a first date, without any date, and even once on the first night I met the person. The latter was a six foot four blonde German-American woman, introduced to me by her friend. The friend and I were returning from a date, when she decided to stop by the German lady’s house. The woman I was dating introduced us, saying, “She’s a hussy!” My date went off to bed, and the German woman and I had sex on the floor. The following week, I’d have sex with her friend, a record for first-time sex I’ve never equaled.

In 1981 I’d meet my sexually active wife Dyane Fancey, who picked me up at Baltimore’s Mt. Royal Tavern at one a.m., and took me home. I’d only met her twice before, but we would have our first coupling two hours after leaving the bar, also on the floor, barely seconds after our first kiss. Dyane later told me she had three or four other boyfriends the month we met. She later said in that first month I just missed a boyfriend leaving her apartment one afternoon, when I paid her a visit for the usual reason. I recall she said, “Pardon me while I take a quick shower,” before we got in the bed.

It took only a few weeks for Dyane to fall madly in love with me, and we’d remain in love until her death in 2014. Dyane and I had the same cultural tastes and political views, but the first thing we had in common was sex. I estimate we had sex over 20,000 times. One day a female artist friend and her 13-year-old daughter visited our apartment. An old college buddy of mine was there, and he was having a brief affair with the artist. Dyane had drunk bourbon and became amorous. She quietly but insistently tried to maneuver me into the bedroom, with her disarming lascivious smile. As inappropriate as it seemed, I decided there was no other way to calm her down. I quietly excused us, and we went into the adjacent bedroom, closing the door behind us. In a few minutes we finished, washed off, and returned to our company. Our two friends acted as if nothing had happened, although the young girl looked a bit shocked.

When I was 25, I felt my youth and innocence were fading. Dyane changed all that. Suddenly, at 29, I felt young and innocent again, and a hippie forever.