Time to clean the whole house. 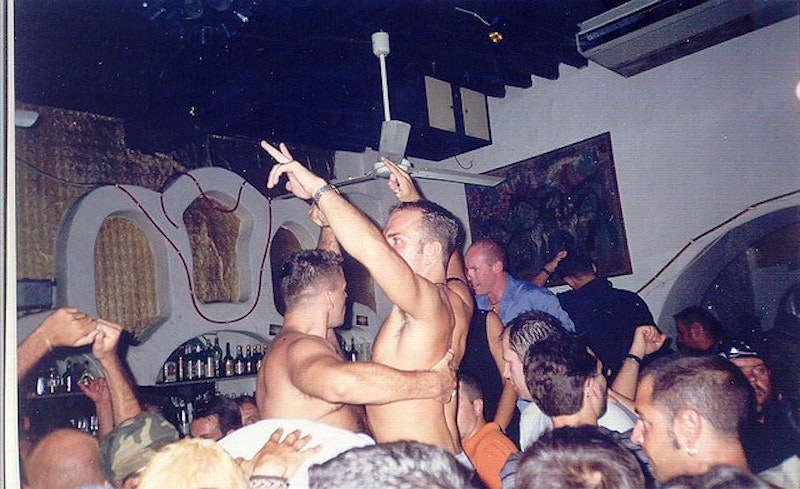 There is a calmness that comes after a fight with your partner. Actually, cursing him out releases so much bottled-up frustration that afterwards I achieve some of my best productivity. Should I feel guilty acknowledging this? If he didn’t make me upset, I would have nothing to release!

We had a big blowout the other night, and though it should’ve ended much earlier it concluded at two a.m. Like always, there is a fiery feeling in me that is still ablaze. After he goes to sleep (or, if it is a really bad one, goes home), I think to myself, what should I do now?

For me, there is only one thing to do after a fight with your man. Clean the whole house. Scrub the oven, empty the dishwasher, sort silverware, and hang up artwork that has been leaning up against the wall for months.

It’s now 3:31 a.m. Every room looks like it could be the background of a Real Housewives’ confessional scene, and I’m calm. For what it’s worth, I thank him for giving me the power to do these tasks. At least something comes from these pointless disagreements.

Relationships are hard work. Call me naïve, but I wasn’t aware of this before getting into one. I recently realized there are not many gay male couples that I look up to. I wanted so badly to get out of the game that I failed to consider all it takes to maintain true commitment.

Most gay couples I’ve seen are still active on Grindr, go to gay clubs regularly to flirt and may even have other sexual partners besides their boyfriends. They’re not the role models I need.

Fortunately, gay marriage has passed in America, but how many of these queens are actually thinking about exclusive relationships and marriage? Log on to Grindr and ask a random guy about their aspirations for his love life and he’ll probably reply with a dick-pic as a sufficient answer. There is a sex-driven, pretentious, blurred line between racism and preference, where profile headings read “No Asians, Fems, or Blacks.” Preference or discrimination? It’s hard to feel included in this social circle once you’re in a relationship and don’t play the game of gay culture anymore.

As I often tell my boyfriend, my feminist mind continues to strengthen when I seek relationship advice from both genders because I often agree with my girlfriends and rarely with my gay male friends. Females tend to identify more with my reasoning and high expectations regarding communication, trust, and emotional needs where as the typical male response is, “He loves you so give him a break”… love doesn't mean a thing if you can’t convey it, trust it, or rely on it.

Queer feminist Jack Halberstam says, "queer people do not follow the same logic of sub-cultural involvement as hetero counterparts: they do not outgrow certain forms of cultural activity (clubbing, punk, and so on)." This is what makes it harder to find queer spaces where so-called traditional values on relationships are upheld, because the gay scene [Grindr-hoeing world] in my experience tends to be multi-generational.

Relationships are hard, especially when the community you are associated with does not really encourage them. Maybe I’m hanging out with the wrong crowd, but the pickings are slim.